A section on consumer markets looks at the popularity of e-cigarettes in France and elsewhere, efforts by Japanese firms to expand their businesses into Asia, new trends in French gastronomy, changes in Japan’s traditional food-consumption habits, and how a sector of the Chinese population is spreading, and spending, its newfound wealth.

The report offers an analysis linking market-driven strategies with social impact in Peru and Colombia, as well as an article describing South Carolina’s embrace of innovative research. Other articles look at the Russian government’s attempt to reboot the city of Skolkovo as an innovation hub, the mixed success of innovation efforts in China, and the growing threat of cybercrime to businesses across the world.

The challenges of infrastructure and planning are addressed in analyses of transportation in areas of Latin America, deficiencies in Brazil’s infrastructure, and real estate’s impact on Peru’s emerging middle class.

Business and politics underpin a number of economic forces, as noted in articles on corruption and protest in India, social unrest in Brazil, the potential of the gemstone tanzanite to help develop Tanzania’s economy, and growing frictions between China and Myanmar.

Cities on the move in the global economy are examined in separate articles on Casablanca’s attempt to become an international financial center like Dubai, and Berlin’s goal of becoming a world-class city. Another article showcases Medellín, Colombia, to explain how local government can help cities become more innovative and attract foreign investment.

And finally, entrepreneurship continues to flourish around the globe, as described in articles analyzing business creation in France, the unique role of entrepreneurs in China’s economic  resurgence, and the challenges that face those trying to start a company in Brazil.

E-cigarettes: Lighting Up in France and Beyond

Asia or Bust: Why Japanese Firms Must Succeed in Asia to Survive

The New Face of French Gastronomy

Market-driven Strategies: The Key to Social Impact in Peru and Colombia

How Government Policies and Processes Are Hurting Innovation in China

Cyber Crime: The Achilles Heel of the Business World

Colombia and Peru: Boosting Global Competitiveness by Investing in Infrastructure

Real Estate, Credit, and the Emerging Middle Class in Peru

From Jugaad to Justice: Endemic Corruption and the Possibility of an Indian Spring

The Perfect Storm: Brazil’s Economic Climate in the Wake of Social Unrest

Status Quo Revisited: The Evolving Ties Between China and Myanmar

Cities in the Global Economy

Berlin: A Window into Germany’s Future?

Local Government Handbook: How to Create an Innovative City

Starting a Company in Brazil: Not for the Faint of Heart 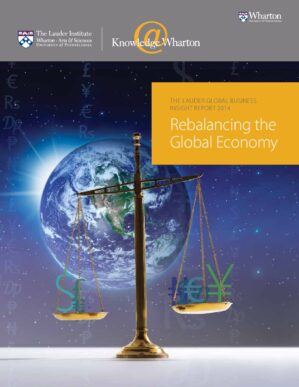