To describe Wharton professor emeritus Anita Summers as a trailblazer would be an understatement. Born in 1925 to a banker father and homemaker mother who always emphasized the importance of education, Summers embarked on a career in economics when few women dared and even fewer could. Her hard work and perseverance, even in the face of blatant sexism, landed her positions at John D. Rockefeller’s Standard Oil Co. and the Federal Reserve Bank of Philadelphia. She’s also a researcher and highly cited scholar who has worked at universities around the world, served on numerous boards, and was a sought-after economic adviser to state and local governments. She joined the Wharton faculty in 1979, when she was asked by then-Dean Donald Carroll to start the first public policy program at a business school.

Summers sat down with Wharton Dean Erika James for an in-depth conversation about her life and career. The talk is the first in a new series titled “What I’ve Learned,” which puts the spotlight on Wharton faculty who have made a lasting impact on their fields. Watch a video of the conversation above, or read the highlights below.

Summers was studying economics at Hunter College in the early 1940s when she took a course on Shakespeare and read The Merchant of Venice. She liked the character of Portia, who disguises herself as a male lawyer to plead a case in court, and wondered if she should become a lawyer. Summers took a constitutional law class with a female professor who told her, “You’ll get into a decent law school and you’ll get a job and you’ll be in the back room. You will never see a courtroom and you will never see your client.”

“That was my first statement of [being] a woman,” Summers said. “So, I just dismissed law and went with [economics], but I had no idea what I was going to do.”

After earning her master’s degree in economics from the University of Chicago in 1947, Summers began working as an economic analyst for Standard Oil in New York City. The male hiring manager offered her the salary by saying, “We decided we could get the same brains for less money.” Her husband, Robert Summers, was teaching at Yale University, so she commuted daily from their home in New Haven, Connecticut. The company required female employees to notify management if they became pregnant and to stop working at three months, or the start of the second trimester. When Summers learned she was pregnant with her first child, she obtained a signed letter from her doctor and persuaded the company to allow her to work for six months.

Standard Oil executives were making a big decision on buying land for a refinery in South Africa, and Summers was tasked with crunching the numbers. She worked 50 hours over a weekend to prepare the report and handed it to her boss, who said she could not go with him to the C-suite because the male executive would not let any women into his office except his secretary. Summers waited by the phone as her boss called every 10 minutes with questions. “I felt like my brain was being insulted,” she recalled. Fed up, she waited until her boss returned at lunchtime and demanded to go back with him. He relented and took her to the executive office. “That was the most unbelievable thing from a person who’s supposed to be highly intelligent that, because I was a woman, I couldn’t come in and talk about all the work I had done in detail,” Summers said. “Anyway, it was never a problem after that.”

“My inner feeling was, ‘Let me just speak and give the evidence.’” — Anita Summers

After moving to the Philadelphia area in the mid-1960s, Summers joined the League of Women Voters in Lower Merion Township and became president of the organization. She began analyzing disparities in the real estate tax system and wrote a report advocating for changes that would bring greater equality to the county tax calculations. She was set to speak on the report at a town meeting when the man who was supposed to introduce her said, “Why don’t you go [to the] back and do your knitting.” Summers didn’t get angry or react beyond a nod of her head. “My inner feeling was, ‘Let me just speak and give the evidence,’” she said. “I always took this as more demeaning of me and my mind rather than me as a female.”

Summers was working at the Federal Reserve Bank of Philadelphia in the late 1970s when she got a call from Wharton Dean Donald Carroll, who asked her to come start a public policy program because he believed students headed for the private sector should understand the public sector and vice versa. It would be the first business school in the nation to have such a program.

With encouragement from her husband, who was a Penn economics professor at that time, she agreed and took a position as program director, developing courses from scratch. She focused on applying economic, mathematical, and political science principles to public-sector initiatives, and she helped business students see the importance of governmental regulation in capitalism to protect the vulnerable and hold wrongdoers accountable. The program, which had been tucked inside the Legal Studies department, became a full department within three years, attracting students from across disciplines.

It’s a point of pride for Summers that students frequently told her they could not decipher whether she was a Democrat or a Republican.

“I thought, ‘Good. That’s exactly what I want,’” she recalled. “I was there to teach the analytic tools. I was not there to give them values and ultimate decision values on that, but what the thought processes and techniques are for thinking it through.”

Summers credits Carroll for his vision to launch the program.

“I was there to teach the analytic tools. I was not there to give them values.” — Anita Summers

Advocating for Efficiency in Education:

While at the Federal Reserve Bank of Philadelphia, Summers noted that efficiency studies were conducted on big-ticket items such as transportation and libraries, but not on education systems. Education costs were the biggest contributor to debt for city budgets, so she began conducting studies to find financial inefficiencies in that sector. Starting in Philadelphia, she gathered data by hand on the demographics of students and teachers, finding that the most disadvantaged students had teachers with the lowest grades on the National Teacher Exam, the highest absences, and the lowest student outcomes.

“I came out advocating that, like the rest of the world, outstanding teachers should be rewarded and very poor teachers should be let go,” Summers said. “I think you can imagine the way the unions felt about it. The union invited me to give a talk and they were furious.”

Her work garnered headlines and drew attention, making her husband worry that she should have an armed guard as she traveled to various school districts to speak in public about their budgets. She recalled one high-ranking union official in New York admitting to her that she was “absolutely right” in her analysis, but that her recommendation would never happen.

“I came into education from a financial point of view,” she said. 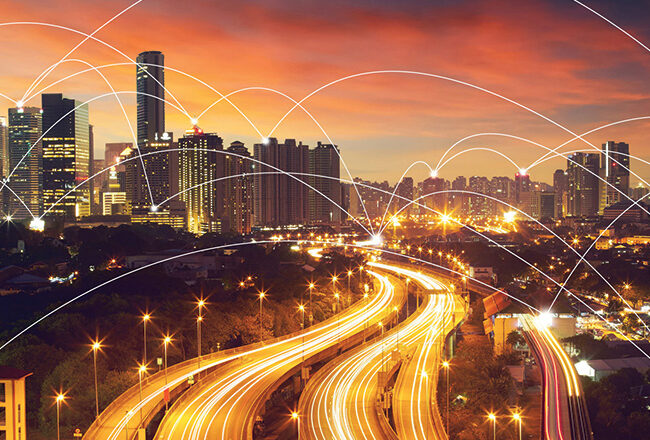 Want to Build a Smart City? Here Are Some Strategies That Work