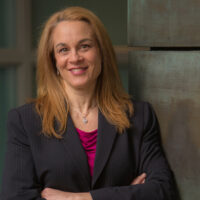 What do Wharton faculty members and the workers who spy for the National Security Agency have in common? More than you might think. The Wharton scholars aren’t analyzing links among billions of telephone calls to identify terrorists, a controversial NSA activity that caused a stir after it was disclosed recently in news reports. But they, too, are interested in mapping social networks.

Social networking is a hot topic. Ordinary Internet users take advantage of networks when they turn to well-known websites like MySpace and Friendster to link up with other people. But more serious interest in social networks can be found among academics, consultants and corporations seeking to deepen their knowledge of how companies operate; how employees and board members interact; how key employees can be identified; and how relationships can be better understood to improve productivity and the dissemination of ideas.

Technically, social network research is an offshoot of graph theory in mathematics. Graphs — a set of dots connected by links — are used to map relationships. At its most basic, research on social networks underscores the veracity of some of the truisms one hears all the time: “It’s a small world.” “It’s not what you know, it’s who you know.” “Birds of a feather flock together.”

Though social networking is much in the news nowadays, it is not a new concept. Wharton management professor Lori Rosenkopf says research on the topic began in the 1950s, accelerated in the 1960s and 1970s, and really hit its stride in recent years with major advances in computing power. The subject gained heightened attention with the 1993 movie Six Degrees of Separation and the publication in 2000 of the bestselling book, The Tipping Point.

“Companies have known about social networks casually for a while, but it’s been hard to collect data,” Rosenkopf says. “Traditionally, you’d find a graduate student in sociology who would write up a questionnaire asking people how frequently they talked with so and so. That costs a lot of money and takes a lot of time, and people may or may not give good responses. But now the ability to see what sites your employees access on the Internet and who they send e-mails to is becoming important.”

Mapping social networks can be useful in many ways, but Rosenkopf says there are at least two reasons why corporate interest in the subject is growing: Companies want to be able to identify key performers and get a better understanding of the nature of the interaction among employees.

“Hopefully, you have organized your company the best way to get the job done,” she says. “But mapping out a network will give you a sense of whether actual work flow and communication flow match what you hope to achieve. Maybe there are bottlenecks where one person is managing all interactions. If you expect two groups to work together closely, and you don’t see them doing this, you might want to create liaison roles or other relationships to make information flow better. On the other hand, you may see groups talking to each other too much. When managers see network diagrams, they often realize they need to reconfigure their organizational chart.”

Network maps may also unearth what are known as “cosmopolitans” — the employees who are most critical to information flow in the company. “The formal organizational structure [in companies] does not necessarily describe who talks to whom,” says Valery Yakubovich, a University of Chicago professor who will join Wharton’s management department this summer. “Even if some jobs in an organization are designed to coordinate across different functional areas, it’s difficult to figure out who coordinates where in reality. So you ask people directly whom they go to for advice and who gives them the most valuable information to get things done. Then you map the whole network. Often you find that people you might not even think of as very valuable turn out to be important links in the structure of the organization.”

If a firm is contemplating downsizing, for example, it had better be prepared for serious disruption in the workplace if it lets such important people go. Indeed, maps of social networks often show that the people with the most impressive titles are not as vital to an organization as their position would indicate.

“Sometimes downsizing causes dramatic, unexpected events because networks get broken up,” Rosenkopf notes. “The NSA is thinking ‘If we can just pull a couple of cosmopolitan terrorists out of the network, we can really disrupt the network.’ But terrorists are smart. They try to organize in cells so that their relationships are not as obvious. Imagine a person in the middle of a map and 10 other people connected in the pattern of a star or flower. Everyone talks to the terrorist in the middle, but they don’t talk among themselves. The challenge for the NSA is in establishing the relationships of everyone in the cell.”

A Small World After All

Concepts generated by research into social networks have been making their way into the popular culture for years. Wharton management professor Martin J. Conyon recalls the impact of research by Yale University professor Stanley Milgram in the 1960s showing how closely people are interconnected. Milgram illustrated that packages could be sent from the Midwest to strangers in Boston and other cities through a series of only a few acquaintances. The finding of this experiment into what scholars call the “small-world phenomenon” was later popularized in the play and the film Six Degrees of Separation.

“It’s not possible to underestimate the importance of Milgram’s finding,” says Conyon. “To be able to do this when there are millions of people in the country is quite astounding.”

Another famous piece of research, conducted in the 1970s by sociologist Mark Granovetter, now at Stanford University, showed that many job seekers find work through social networks, not through want ads or employment agencies. What was particularly noteworthy about the finding, however, was that these people found jobs not through close friends or family members but through individuals with whom they had only a passing acquaintance. This phenomenon is known as “the strength of weak ties.” “This was quite surprising because you would think your friend should have your interests at heart,” Conyon says. “But the people who met only infrequently were still what we call ‘highly clustered.’ Any information they had on jobs they would pass on to you.”

Conyon, Rosenkopf and Yakubovich are all conducting their own research into various aspects of social networks. For example, Conyon and Mark R. Muldoon, a professor in the school of mathematics at the University of Manchester in Britain, have written several papers on links among the corporate elite. They have found that it is indeed a small world when it comes to people who serve on boards. Although there are thousands of publicly listed companies, those companies are closely linked to one another by a relative handful of shared directorships: Directors who sit on many boards do so with other directors who sit on many boards. In the jargon of researchers focusing on the phenomenon of small-world networks, these board members, when plotted on a graph, are “clustered” together, and the links connecting them are “short path lengths.”

Such close ties allow the rapid dissemination of governance practices and ownership structures — poison pills, staggered terms for directors, compensation policies and the like — throughout many firms.

“Corporate practices can spread at quite a high speed through a network of boards,” Conyon says. “This only happens because the world is small. If the world was not small — if groups were just islands and directors didn’t cut across different boards — one would not see the diffusion of ideas and innovations as quickly.” In one study, Conyon and Muldoon focused on boards in Singapore and found a high degree of clustering because personal friendships and corporate ties are especially important in Asia’s business culture.

Conyon and Muldoon have also shown that it is by design, not chance, that the corporate world is small. “Social networks aren’t just manna from heaven that drops on us,” Conyon notes. “We have shown in our research that big hitters who sit on many boards — those whose services are in demand — tend to sit on boards with other people who sit on many boards. This notion is called ‘positive degree correlation.’ Big hitters hang out with big hitters. Birds of a feather flock together. This is interesting because it’s not necessarily the case that this would happen. It shows how networks of boards and the corporate elite are formed.”

Staying on the Line

One of Yakubovich’s current research projects focuses on social networking at a real-life telemarketing company that he has dubbed the Virtual Call Center to ensure its anonymity. The agents who take telephone orders from viewers of television infomercials do not work in the same office; instead, each works out of her home (most of the call-takers are women). As independent contractors rather than employees, the agents have the flexibility to schedule their work at their convenience so that they have enough time to take care of their children and do chores.

As a result of the company’s virtual nature and the way its incentive system is structured, it is a challenge for the firm to get agents to sign up for work and to keep them on their shifts. An agent may decide to stop working once she feels she has made enough money for the day, even though she can earn more if she keeps going.

But Yakubovich learned that agents tend to work more when they have an opportunity to engage in social interaction by talking with other agents in chat rooms at those times when they are not on the telephone with customers. Such a social network can hold great appeal for workers who desire a place for companionship in the same way that employees at a factory or office use break rooms to socialize.

“Even though they are geographically dispersed and this is a completely new kind of workplace, these agents create social networks,” Yakubovich notes. “The social interaction becomes part of the work environment. People enjoy signing up for shifts and end up working longer when they do if they have a way to socialize” — which turns out to be an unintended benefit for the company.

Rosenkopf has conducted research into networks that exist among companies, such as cell phone manufacturers. Each firm that sells equipment and services sends its engineers to meetings at which they work to agree on technical standards that will allow phones made by different companies to communicate with one another.

“I’ve mapped out how these firms keep crossing paths,” Rosenkopf says. “I can tell you how many times Motorola and Nokia came together at meetings.” Such information can be used to figure out which companies may be willing to form strategic alliances.

Despite the benefits that can be derived from analyzing social networks, the Wharton researchers say that corporations have only begun to scratch the surface of its potential.

“Applied work in firms is really still in its infancy,” notes Rosenkopf. “Some firms are doing interesting things, but in many cases the idea hasn’t hit its stride yet. The top leaders of Fortune 100 companies haven’t been exposed to it in a major way. They may be aware of things like small worlds and The Tipping Point. It’s not yet reached the point where companies are using these ideas for business process reengineering. But I do think it’s coming.”