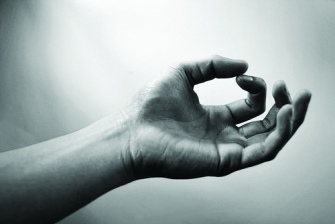 The role of meditation in enhancing individual performance, leadership and productivity is well documented. However, a recent study captures its uses in evoking compassion — as the Buddha originally intended. Businesses could use that insight and meditation as a tool to foster closer bonding between employees and to spur them to serve customers better, according to Wharton management professor Sigal Barsade.

A recent article in The New York Times by David DeSteno, a professor of psychology at Northwestern University, describes how he, along with psychologist Paul Condon, neuroscientist Gaelle Desbordes and Buddhist lama Willa Miller, conducted an experiment in meditation that underlines its aspect of evoking compassion. “As Buddha himself said, ‘I teach one thing and one only: That is, suffering and the end of suffering,'” DeSteno wrote.

The researchers selected 39 people from the Boston area, and put 19 participants through an eight-week meditation course. Later, all 39 took part in individual experiments where each was asked to consider giving up a seat to a woman on crutches. As it turned out, 50% of the meditators gave up their seat, compared with only 16% of the nonmeditators.

DeSteno doesn’t know why meditation has that effect, but offers two possible explanations in his article. One rests on meditation’s documented ability to enhance attention. The other is that meditation has the “ability to foster a view that all beings are interconnected,” which he thinks is more probable. “[Meditation] causes them to feel more compassion for each other when distressed,” he explains.

Greater Empathy at the Workplace

According to Barsade, who has conducted research showing that meditation can decrease certain cognitive biases, “We are just beginning to understand the influence of meditation within a business context. However, the benefits of meditation that researchers are beginning to find in the domain of private life, including having greater empathy and a desire to help others, are just as relevant to the workplace domain.

“It is likely that we will find that meditation not only improves employees’ own cognitive and emotional states, [but also] the subsequent outcomes,” Barsade continues. “Increased employee empathy, positive mood and a decrease in cognitive biases could indeed ripple out to better treatment of their co-workers and customers.”

Through meditation programs at several companies, Mirabai Bush, co-founder of the Center for Contemplative Mind in Society, found that the practice helps promote calmer states among co-workers and enhances bonding between them. She spoke about her efforts at length in a recent Knowledge at Wharton interview conducted by Katherine Klein, vice-dean of Wharton’s Social Impact Initiative.

Bush worked also with Google engineer Chade Meng-Tan on his famed “Search Inside Yourself” program that has produced dramatic transformations in attitudes among participating Google employees. In a three-part interview with Knowledge at Wharton last year, Meng said he wants to “create conditions for inner peace, inner happiness and compassion on a global scale” by making those qualities “profitable for businesses and to help people succeed.”

The subject of meditation is “a fascinating new research domain” that may hold more insights businesses could use, Barsade notes. “Meditation could well be a viable and practical technique to help employees, their coworkers and clients.”