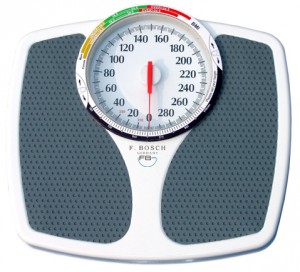 Nearly half of Americans make New Year’s resolutions each year. Of those, only 8% are likely to succeed.

That’s according to a study conducted by the University of Scranton and published in December in the Journal of Clinical Psychology. Losing weight was the number-one commitment reported, followed by getting organized and spending less (or saving more). Others in the top 10 include “enjoying life to the fullest,” quitting smoking and spending more time with family. (You can see the top-10 list and a summary of the statistics from the report here.)

The dismal success rate might lead some to conclude that making New Year’s resolutions is actually counter-productive. After all, who wants to begin the year in defeat? (In fact, the report notes, 38% of Americans refuse to make any resolution at all.) However, according to Wharton operations and information management professor Maurice Schweitzer, New Year’s resolutions do have some value. The new year provides a “salient reference point” for setting a goal — How much did I weigh at the beginning of the year? — and forming resolutions “helps us identify important issues. If we spend time, reflect and work to identify a key issue, this itself can be very helpful.”

Wharton operations and information management professor Katherine Milkman agrees. “I would argue that setting goals — regardless of whether your motivation is the passage of a new year — is worthwhile. Considerable past research shows that goal setting can be a useful and valuable tool, [leading] us to clearly specify and achieve our objectives at a higher rate. My [interpretation of the statistics in the Journal of Clinical Psychology report] is that at least some New Year’s resolutions are achieved, which means some benefits are being realized — albeit not every single desired benefit — and this is consistent with research showing that goal setting adds value.”

Does success depend on what kinds of resolutions we make? Milkman notes that research suggests “the most valuable goals are those that challenge us but are not so difficult as to be entirely out-of-reach. Further, more specific goals such as ‘I plan to take steps to become a better public speaker’ are much more valuable than vague goals like ‘I plan to improve my job performance.’ Finally, resolutions or goals that are accompanied by a specific plan of action are the most likely to be achieved. For instance, someone who hopes to become a better public speaker would be well-served by enumerating steps that could lead to the achievement of that objective, [such as] signing up for a public speaking workshop or giving practice talks once a week.” Sites like Stickk.com — which allows users to enter into binding monetary contracts based on their goals, including preferences for where their money will go if they succeed — can help, she adds.

Indeed, the trickiest part may be finding ways to stick to those goals once they are articulated. Schweitzer suggests that individuals write their resolutions down, post them where they will see them every day (“mirror, fridge, car or computer screen”) and work with others to achieve them — perhaps partnering with someone to achieve the same goal. The Journal of Clinical Psychology report notes that people who make explicit New Year’s resolutions are 10 times more likely to succeed than those who don’t. For that reason, both Schweitzer and Milkman say that individuals should be sure to tell others what their resolutions are. “One thing we know is that people are more likely to stick to public commitments,” Milkman says. “If you tell others your goals, you will have friends/family/colleagues to answer to if you fail to achieve those goals, and you will also have a cheering squad to help you on your way.”