Companies in the U.S. and Western Europe once had unfettered access to the world’s resources, such as raw materials, capital and talent. Thanks to increasing demand from India, China, Brazil, Russia and other rapidly developing economies, however, that access is no longer assured. In this special report, experts from Wharton and The Boston Consulting Group discuss the ways in which this unprecedented “race” for resources is reshaping global business, and how key political and financial trends in emerging economies are likely to affect companies anywhere in the world.

The Race for Energy: What Will It Mean for Western Firms?

Rising energy demand from China and India has unleashed a worldwide race to secure access to scarce fossil fuel resources, a more difficult proposition with the emergence of national oil companies in the resource-owning countries. While Western companies will likely feel the pain of increasing energy costs, there is a potential upside to global energy scarcity, according to experts from Wharton and The Boston Consulting Group: Renewable and nuclear energy present huge opportunities for investors and entrepreneurs.

Rapidly developing economies have become drivers of change — and sometimes disruption — in global financial markets. That has important implications for companies in the U.S. and Europe as new players emerge, including sovereign wealth funds, state-controlled entities and acquisition-minded corporations. According to experts at Wharton and The Boston Consulting Group, these entities will increasingly look to buy assets beyond their borders, including controlling stakes in foreign companies.

Not What, Not How, but Who? Western Companies Face a Worldwide Talent Crunch

Faced with an aging workforce and a growing demand for skilled workers in emerging markets like China and India, companies in the West are grappling with a talent crunch of unprecedented scope. According to experts at Wharton and The Boston Consulting Group, management responses include over-hiring to meet future needs, upgrading training in concert with universities and in-house corporate schools, and extracting greater productivity through innovation.

According to Hal Sirkin, senior partner and managing director at The Boston Consulting Group, “The age of globalization is over.” In its place is a new reality that Sirkin and BCG colleagues Jim Hemerling and Arindam Bhattacharya define in their recently published book, GLOBALITY: Competing with Everyone from Everywhere for Everything. In an interview with Knowledge at Wharton, Sirkin describes how rapidly developing economies like India and China have changed global business from a “one-way street” benefitting Western multinationals to a two-way competition in which “blending the best of the East with the best of the West is most likely the winning formula.” 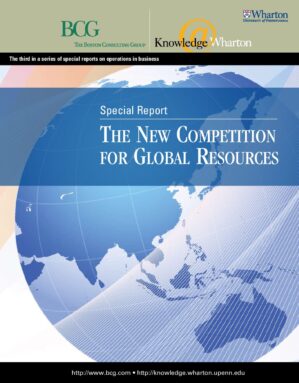