First-hand Perspectives on the Global Economy

In this special section, students from the Joseph H. Lauder Institute of Management & International Studies report on companies and industries that they analyzed during a summer immersion program in 12 countries around the world.

Their articles offer a window into the changing global economy, including the rise of Chinese and Egyptian companies in the telecommunications sector, the promise of Brazilian technology in the field of organic plastics, the challenges of the hostile takeover market in Russia, the continuing reluctance of the Japanese government to welcome foreign investment, and the dilemmas facing the Mexican oil industry. Other articles look at corporate social responsibility and renewable energy sources in China, new trends in the French luxury goods sector, and entrepreneurship in Brazil, Mexico and Germany.

Taken together, the 13 articles offer perspectives on a range of dynamic economies and identify existing opportunities for conducting business within specific cultural, political and institutional contexts. The articles are part of the Lauder Global Business Insight program.

Walk into a bookstore in Beijing and you will find shelves filled with books about Huawei Technologies. As one of China’s fledging multinational companies and a major force in the international telecommunications equipment industry, Huawei is rewriting the rules of competition in a global industry. According to some observers, it is the first non-state-owned Chinese company to successfully expand its operations internationally.

Described as "the most closed investment market in the developed world" by European Union trade commissioner Peter Mandelson, Japan has developed a reputation for being resistant to foreign investment and extremely hostile to the practices of foreign financial investors. But interviews with executives in both Western and Japanese companies point to specific strategies that will help ease the way for more foreign investment in the future.

The Sichuan Earthquake and the Changing Landscape of CSR in China

Multinational corporations have embraced the concept of corporate social responsibility (CSR) and have introduced global policies to ensure best practices in every market. In China, however, firms that had operated under the perception that international CSR doctrines could be simply applied cookie-cutter style received a rude wake-up call in the aftermath of the May 12, 2008, Sichuan earthquake. The massive earthquake left 70,000 people dead and five million homeless, and forever changed the landscape of CSR in China.

Renewable Energy in China: A Necessity, Not an Alternative

What role does renewable energy play in the world’s fastest growing economy? China’s burgeoning consumption rate, its increase in heavy industry exports and a construction boom that has led the Chinese to nominate the "crane" as their national bird have fuelled a massive and increasing appetite for energy — intensified by the government’s balancing act of not imposing energy constraints while also seeking more energy sources.

Each year, Fauchon, one of France’s most celebrated luxury grocers, dresses up its best-selling éclairs for display in its haute couture collection. The autumn 2008 show featured 34 individualized éclairs photographed in the style of the best high fashion catalogues. Meanwhile, Parisians, expats and tourists line up at the celebrity Paris bakery, Poilâne, to buy the famous miche, a loaf of bread that has been made by hand since the bakery opened in 1932. What are the benefits, and risks, of these two different approaches to surviving in the toughest luxury market in decades?

Out of Africa: The Egyptian Telecoms Challenger

By all measures, the mobile telecommunications industry is rapidly approaching critical mass. More than 50 countries have a greater number of cell phone subscriptions than people. Global mega-firms such as Vodafone, Telefónica and T-Mobile now compete for dominance in an ever-shrinking list of countries that have yet to go wireless. In this rapidly evolving industry, one Egyptian company — Orascom Telecom Holding (OTH) — is proving that it is never too late to go global.

On August 1, 2006, one headline dominated business news around the world: A Russian court had declared Yukos, one of the largest private oil producers in the world, bankrupt. Soon, its CEO and founder, Mikhail Khodorkovsky, saw his company’s assets sold off for a fraction of their value to the state-owned Rosneft Oil Company and found himself behind bars, charged with tax evasion. According to some estimates, approximately 70,000 Russian companies a year become targets of raider attacks. The expertise and tactics of these corporate raiders highlight one of the end goals of the raiding process: to provide an alternative to legitimate M&A.

Franchising in Germany: A Stepping Stone Toward Entrepreneurship

Germans are widely considered to be risk-averse, and Germany is hardly the first country one associates with entrepreneurship. Indeed, for typical middle-class Germans accustomed to long-term employment in their field of training, entrepreneurship is often seen as complex and full of uncertainties. Franchising, however, represents a means of avoiding many of the risks associated with starting one’s own company. Just ask Dietmar Wahnelt, who translated his passion for cooking into a successful soup franchise.

The production of plastics from renewable sources constitutes the next frontier in the search for ways to ease our dependency on oil and reduce our environmental footprint. The country at the forefront of these developments, however, is not commonly perceived as being a technology powerhouse. Yet Brazil is leading the way in this industry after decades of research and commitment to a technology based on sugarcane ethanol. The technology has proven to be environmentally sustainable — and may even change the way we manufacture everything from personal care products to cars.

A Major Milestone in the History of Mexican Financial Markets

Improving access to capital inevitably appears as a top policy prescription in any economic stimulus geared towards growing small- and medium-sized businesses. This is no less true in Mexico, where small-to medium-sized enterprises (SMEs) employ half of all workers and account for approximately 70% of GDP, according to figures from the Organisation for Economic Co-operation and Development (OECD). The question that remains, however, is how to implement improved financing and through which institutions.

Risky Business: An Entrepreneur’s Perspective on the Brazilian Housing Market

Rafael became an entrepreneur when he moved to Brazil about a year ago to work in the country’s nascent housing market. Before that, he was a successful portfolio manager at a hedge fund in London where he had been saving his bonuses and waiting for the right moment to strike out on his own. That moment came — in the real estate industry. But it was followed by what turned out to be a devastating blow — the global financial crisis.

Mexico is running out of gas. The world’s sixth largest producer of oil and America’s third largest source of crude imports faces declining production at its primary oil fields, and the well may be dry in less than a decade. Meanwhile, the structure and management of Pemex (Petróleos Mexicanos), Mexico’s state-owned oil monopoly, coupled with the government’s historic dependence on its revenues, have limited the country’s ability to bolster its reserves. What lies ahead for Pemex and for Mexico’s goal of energy independence?

La Michoacana: The Story of an Orphaned Brand

Anyone who has had a popsicle in Mexico is probably familiar with the La Michoacana brand. It is as ubiquitous as Burger King is to hamburgers or Dunkin’ Donuts is to donuts. La Michoacana stores can be found anywhere — from the smallest villages to the largest metropolitan cities and among Mexican immigrant communities in the United States. Although at first glance, all La Michoacana stores appear to be alike, important differences indicate that they do not belong to a single franchise. Indeed, the brand is not controlled by any one company — which has led to long-standing disputes over brand protection, trademark enforcement and other costs of doing business in a wide-open market. 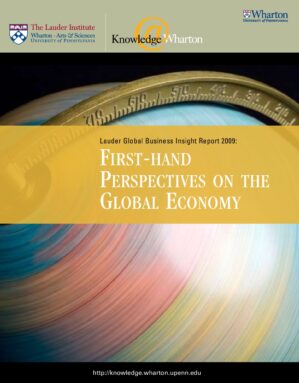