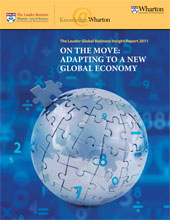 In this special report, students from the Joseph H. Lauder Institute of Management & International Studies analyze some of the more far-reaching changes affecting people, industries and regions around the world.

The articles offer new perspectives on trends that will shape the coming year, including the emergence of a high-tech sector in Russia, the growth of private equity in Brazil and China, and the rise of social investing in France. Industries undergoing significant change are analyzed in articles about new media-driven ventures in the Middle East, improvements in educational opportunities for lower- and middle-class Mexican students, the rise of solar power in France, China’s push to speed up the manufacture of electric cars and Mexico’s initiatives to promote sustainable housing.

Other articles look at the production of unique regional products in Japan, and an innovative French company that offers clients opportunities to become wine experts. The sports business is explored by examining new forces shaping China’s approach to promoting basketball, and the ways in which Brazil may, or may not, benefit from the 2014 World Cup.

The rise of German patriotism, the economic impact of the drug wars in Mexico, and how new urban prosperity in parts of China is affecting the strategy of multinational retailers are also analyzed.

Taken together, the 16 articles identify existing opportunities and challenges for conducting business within specific cultural, political and institutional contexts, especially in light of dramatic events that have buffeted the world economy over the past two years. The articles are part of the Lauder Global Business Insight program.

Europe, Russia and the Middle East:

Worldwide, energy policy has come to the fore as a driving force in domestic and international politics. Higher prices, coupled with potential environmental damage from the use of traditional fuel sources, have driven governments to search for alternative energy sources while simultaneously attempting to bolster their countries’ access to the fossil fuels that will most likely drive economic performance in the short- to mid-term. In France, these recent pressures have given rise to a host of subsidies and policies designed to encourage a shift of energy production from conventional to renewable. Solar is one area in which the French have invested heavily.

Twenty years after its collapse, the lingering legacies of the Soviet Union continue to prevent Russia from re-emerging as the superpower it once was. Its latest initiative, Skolkovo, has the potential to be the solution the country has longed for since the days of perestroika. It is Russia’s first real attempt to transition from the Industrial Age of the twentieth century to the Digital Age of the twenty-first. If Skolkovo can successfully achieve its objectives, it will position Russia once again among the technological and ideological leaders of the world.

The Middle East’s Media Cities and the Global Film Industry

In recent years, filmmakers and business executives from the United States, South Asia, and Europe have shown a growing interest in the Middle East and North Africa (MENA) region, not only as a potential market but also as a wellspring of talent and inspiration. Major motion pictures — such as Syriana, The Kingdom, The Hurt Locker, Transformers: Revenge of the Fallen, and In the Valley of Elah — were all filmed in the MENA region and have since achieved blockbuster success, suggesting that film directors are acknowledging the unique cinematic opportunities this region can offer.

In Vino Veritas: Innovating in the French Wine Industry

How does an entrepreneur successfully introduce innovation to a gastronomic tradition that is a cornerstone of French culture and identity? Stéphane Girard, who graduated from the prestigious Bordeaux Wine School in 2004, has launched a modern concept in wine degustation to make understanding viniculture more accessible.

During the summer of 2010, while visiting troops in Afghanistan, German President Horst Koehler set off a political and media firestorm both inside and outside Germany when he referred to the need "when in doubt or in emergency situations … to deploy our military forces to protect our interests." His comments, which resulted in his resignation days later, triggered a heated debate over whether Germany, nearly 70 years after the National Socialist period, could invoke any mention of military might to protect German interests. The dilemma also depicts a much broader debate over German patriotism and its role, if any, in Germany today.

Social investing is en vogue. As the investment landscape evolves, investors are looking increasingly toward non-conventional assets that satisfy a more complicated objective: earning returns while promoting positive social impact. Motivated by a desire to help those in need, contributors who want to see their funds used in a sustainable and accountable way have found that private social investing meets both these goals. France is one example of a country where social investing has recently begun to take off.

The relatively youthful Brazilian private equity (PE) industry has undergone an unprecedented expansion since 2004 as investors have donned their samba shoes and tested the rhythm of fund managers focused on this emerging world power. Over the past six years, the amount of capital committed to PE in the region has grown nearly sixfold — reaching approximately US$28 billion today. The retail, IT, and industrial sectors have received the greatest share of interest. So what has drawn all this investor attention to Brazil?

Sustainable Housing: A Solution for Mexico

Political instability. Drug-related violence. Poverty. Global warming. Although Mexico faces seemingly insurmountable challenges, the current government is taking innovative action to address these issues. One particularly significant step forward can be seen in initiatives to promote sustainable housing development for those most in need.

From the Periphery to Prosperity: The Brazil 2014 FIFA World Cup
and the City of Salvador

Expected economic impact: R$183.2 billion (US$107 billion). Estimated new jobs: 710,000. Projected impact on tourism: R$9.4 billion (US$5.5 billion). As Brazil prepares to host the 2014 World Cup, the front pages of newspapers across the country offer stunning predictions that this World Cup will provide an incredible boost to the Brazilian economy. But will it? As seen with previous mega events, the huge investments required to host the event successfully do not always bring the expected economic returns or immediate increases in tourism.

Mexico produces and distributes marijuana, cocaine, heroin, and methamphetamine to most of the world. Drug trafficking is a lucrative activity for the Mexican cartels, generating annual revenues of US$35 billion to US$45 billion, with a profit margin of approximately 80%. Given these numbers, many cartels use violence and intimidation to protect the profits they make producing and distributing drugs. What are the sources of increasing drug-related violence in Mexico and what is its economic impact, including direct and indirect costs? Finally, what has been the response of the global business community?

Despite boasting one of the world’s 15 largest economies and preferred access to the U.S. market, Mexico still struggles to meet some of its citizens’ basic needs. Yet there is good news as well: Although 50% of Mexicans continue to endure some type of poverty, the historic wide gap between rich and poor has recently been narrowing, and an increasing number of young Mexicans are now demanding access to superior education.

Can BYD Build China’s Dreams in the Electric Car Industry?

As car ownership skyrockets at an astonishing rate in the world’s fastest-developing nation, Chinese automakers are taking a big gamble in their bid to dominate the emerging global market for electric cars. They have low-cost manufacturing, new technology and, in the case of automaker BYD, US$232 million from Warren Buffett, who has helped speed the company’s expansion into the U.S. market. What challenges do these companies face in terms of stiff global competition and the need to improve consumers’ perceptions of quality?

Meibutsu: The Economic and Cultural Significance of Traditional Japanese Products

Foreigners visiting any airport or tourist destination in Japan are often impressed by the sheer quantity of colorful treats and souvenirs marketed to Japanese travelers. Why are there so many varieties of unique products, and why are they in such high demand? The answer lies in Japan’s unique meibutsu economy, an integral part of the culture and a source of income for rural economies.

China’s private equity (PE) market grew at a rate of 40% per year from 2003 to 2008, reaching a value of US$9 billion, and is expected to continue growing at an annual rate of 20% to 25% through 2015. Much of this growth has been driven by foreign funds entering the market, accounting for an estimated two-thirds of the total market share by deal value in 2008, with several larger deals topping US$200 million in size. While these figures make China a very attractive market for foreign private equity (FPE), there are still risks for foreign funds. How can one manage these risks while benefiting from China’s rapid growth and dynamic markets?

Since China’s re-emergence onto the global economic stage initiated by Deng Xiaoping’s landmark Southern Tour in 1992, four Chinese cities have epitomized the nation’s unprecedented growth and development: Beijing, Shanghai, Guangzhou, and Shenzhen. For most foreign corporations, historically these so-called Tier 1 cities have been logical entry points into the Chinese market. Their uncontested dominance, however, appears to be waning amid an increasingly diverse urban landscape that is marked by the rise of numerous Tier 2 and Tier 3 cities, a trend that is expected to accelerate over the next two decades.

Beyond Yao: The Future of Chinese Basketball

During the 2007 NBA All-Star Game, the player who received the most votes was neither Lebron James nor Kobe Bryant. It was Yao Ming, the hero of Chinese basketball and the first Chinese-born athlete to play successfully in the NBA. Yao entered the NBA as the number one draft pick of the Houston Rockets in 2002, and his success overseas has brought about a paradigm shift in Chinese basketball. What are the forces now shaping the future of basketball in China, how are businesses positioning themselves in response, and what implications does this have for the Chinese government’s role in the sport? 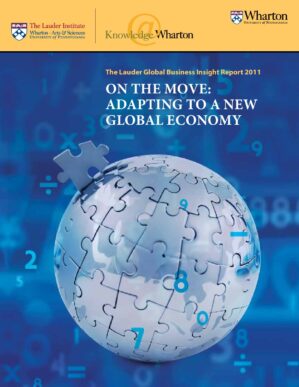