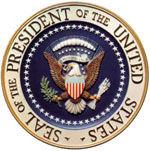 This is a series of articles examining the various economic and fiscal proposals of the two candidates for president: Democratic Sen. Barack Obama and Republican Sen. John McCain.


The Candidates on Taxes: Finding the Devil in the Details

The two U.S. presidential candidates may paint themselves as agents for a new, more bipartisan attitude in Washington, but Republican Sen. John McCain and Democratic Sen. Barack Obama both tend to adhere to their parties’ usual approaches to tax policy. Obama proposes to raise taxes on the wealthy and reduce them for the middle class; McCain proposes to sustain the tax cuts enacted by the Bush administration. But neither candidate fully explains how they will pay the bills. This is the first in a series of articles from Knowledge at Wharton examining economic and fiscal policies proposed by the candidates.

Linking Commerce to Geopolitics: The Candidates’ Views on Global Trade

With global financial markets in turmoil, trade will most likely be an urgent concern for the next president. As part of Knowledge at Wharton’s ongoing coverage of the upcoming November election, we examine the candidates’ views on trade issues. So far, both Republican John McCain and Democrat Barack Obama have tended to follow predictable party lines: McCain is a supporter of free trade and would back additional multilateral trade pacts, while Obama urges a reexamination of trade agreements and their effect on the environment and U.S. workers.

Wanted: A President Who Can Lead During a Time of ‘Daunting’ Challenges

The new president’s job, says one Wharton professor, “will be as hard as any job any person has ever had.” For the 44th president of the United States, extraordinary managerial and cognitive abilities will be needed to tackle unprecedented challenges, including wars being waged in two countries and a financial system on the verge of collapse. Wharton and University of Pennsylvania faculty members offer their views on which leadership qualities will be most important over the next four years, and why. This article is the third in a series about economic and leadership issues focusing on the November 4 election.

Avoiding the Tough Issues: The Candidates on Health Care and Entitlements

“We were so concerned about the $700 billion in the bailout bill, but nobody is talking seriously about the $12 trillion we need to make Social Security whole and the $65 trillion we need to make Medicare whole,” says Wharton professor Olivia Mitchell, referring to issues being debated in the U.S. presidential campaign. Meanwhile, the candidates promise to expand health care coverage without offering details about how they can finance their proposals.

On Energy Issues, Candidates’ Funding Priorities Are Fueling the Debate

U.S. presidential candidates John McCain and Barak Obama offer only subtle differences in their approaches to the nation’s energy challenges. Obama emphasizes renewable energy to reduce dependence on foreign oil, while McCain puts more faith in drilling. Obama is less enamored of nuclear power than McCain. Obama supports subsidies for ethanol production while McCain would cancel them and open the market to foreign competitors. But no matter who wins, energy prices are likely to climb.