Irish playwright and avant-garde thinker George Bernard Shaw, who was awarded the Nobel Prize for literature in 1925, once wrote that, “Progress is impossible without change, and those who cannot change their minds cannot change anything.” Nearly a century later, his words couldn’t ring more true. Across the globe, nations continue to struggle with change. The effort to shed steadfast traditions, entrenched processes and institutionalized thought in order to embrace the new is far more difficult than even a visionary like Shaw could have imagined.

Yet nations persevere in the face of daunting challenges, knowing that progress is the only path to rebuilding and strengthening their economies. Business leaders, policy makers and ordinary citizens are coming together to effect change and create a better tomorrow. As they look to what worked in the past, they face the future knowing that growing pains are inevitable. In this special report, students from the Joseph H. Lauder Institute of Management & International Studies traveled the globe to offer unique perspectives gleaned from interviews, observation and research into the struggle for self-improvement.

In Kenya, leaders are experimenting with new ideas to push past the business-as-usual tactics that have historically stymied growth. The private sector is stepping up to fill the void left by the public sector, and organizations are using social enterprise to generate employment. Markets around the world are also keeping up with changing consumer tastes. In Latin America, for example, a burgeoning middle class is willing to pay a little more for specialty coffee, while beer aficionados are falling in love with pricey craft beers. Meanwhile in China, leaders are taking elements from Western economic policies in the effort to stimulate growth at home.

From a small shift to a sea change, transformation is taking place around the world. Some countries will win; others won’t be so successful. The road is undoubtedly long and fraught with hardships. But for those who persist, the payoff will be immeasurable.

The Impact of Technology on Emerging Markets

Back to the Future: How History Shapes Progress

Change on a Global Scale 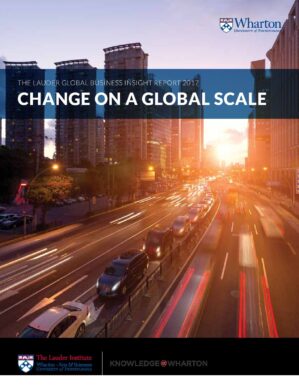