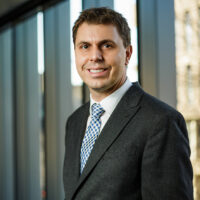 Wall Street traders are a breed apart from other financial services professionals when it comes to compensation, which can run up to several million dollars a year. And even among traders, some can make substantially more than others even if, on the surface, they all share the same skills.

In the research paper, “Compensating Financial Experts,” Wharton finance professor Vincent Glode and Richard Lowery of the University of Texas at Austin discovered that traders are paid a “defense premium” by their employers for not working for competitors that could use their trading skills against them. Trading is a zero-sum game in which each party in either side of a transaction tries to gain the upper hand from the other.

And the more concentrated the market — for example, the number of employers in the interest-rate options arena is far fewer than those in the foreign-exchange options market — the higher the pay for traders. This finding defies conventional wisdom that says fewer employers mean there would be less demand for these jobs and hence depress wages.

Other financial services professionals such as bankers are paid less because they do not get the “defense premium.” So it matters less where the banker works; opposing firms do not suffer as much by not hiring this person. That’s because bankers, for example, identify new investment opportunities that can benefit the whole financial services sector since the investment pie gets bigger and many financial firms collect higher trading profits as a result.

In this interview with Knowledge at Wharton, Glode explains why average compensation in the financial sector has increased in recent decades despite the flood of workers entering it and sheds light on the reversal in the types of financial jobs that have been considered the most lucrative over the years.

In my paper with Richard Lowery from the University of Texas at Austin, we tried to understand how specific tasks that workers in finance perform will affect their compensation. We think this is an important topic, because the financial sector is a big part of the economy. In the U.S., the financial sector represents 10% of U.S. GDP. Also, a lot of the money that is flowing through the financial sector ends up being used to compensate workers. Typically, a Wall Street firm will use 50% of its revenues to pay its workers.

The defense premium is “how much you are willing to pay for a worker to make sure he or she does not work for one of your counterparties, and use his competitive advantage against you.”

There’s a lot of money that is flowing from the U.S. economy to financial workers and we try to understand how that works. So what we do in the paper is, we propose a labor market model where financial firms compete for the services of a limited supply of skilled workers. And these workers can be allocated, or they can be hired, to become traders who speculate with other firms about the value of an asset, or they can be hired to create a surplus by finding profitable investment opportunities.

For the first task … they participate in a zero sum game. They help the firm extract surplus away from rival firms. On the other hand, if these workers are hired to find profitable investment opportunities, like finding the next Tesla or finding the next Facebook, they create a surplus for the whole sector.

We show in this paper that the externalities that these workers impose on other firms will affect their compensation. And by specifically modeling these tasks, like speculative trading or investment, we’re able to talk about how the compensation in the employment of workers in finance can be affected by the investment opportunities, the liquidity needs and the trading networks that we observe.

The key takeaway of my paper is that the specific tasks that workers perform in finance will have a big impact on how firms compete for their services. For example, take a financial engineer who is hired to find better ways to hedge interest rate risk. That engineer, by innovating, by finding that better hedging strategy, will benefit his employer, but also, all the other firms in the sector will then be able to use this strategy to hedge their risk.

When firms bid for the services of this worker, when they are trying to compete for this worker, they’re not as aggressive. Because they know they can still benefit from the innovation of that worker, even though they don’t hire this financial engineer.

“We find that high compensation for financial workers might arise in cases where only a few firms are competing for their services.”

Now take a speculative trader, whose job is to take advantage of other financial institutions … [and] better value the securities that are being traded between his or her employer and their counterparties. Now, acquiring the expertise of this trader is very important. Because instead of gaining, say, $5 million by better valuing the securities that are about to be traded, the firm might lose $5 million to the firm that employs this trader.

So we go from a profit of $5 million, to a loss of $5 million. Now, firms are willing to pay up to $10 million for the services of this worker. First $5 million for the profits that he creates. But also, $5 million to make sure that this worker is not used against them. That second $5 million amount is what we call the defense premium. This is how much you are willing to pay for a worker to make sure he or she does not work for one of your counterparties, and use his competitive advantage against you.

On the other hand, if other firms have hired a lot of smart financial engineers, that means they have created a lot of good securities that might need to be traded in the future. So the compensation you’re willing to offer for your traders will go up if these guys have hired a lot of financial engineers. Not only are two traders who might have very similar skills … paid differently, but also the compensation of one type of worker will be affected greatly by how many workers of a different type are hired by rival firms.

And the reason is that if there are only a few firms, then the externalities are greater, and the defense premium is greater, leading to high compensation for traders. The opposite can be said about these financial engineers. If there are very few firms that are looking to hire these financial engineers, the externalities that they impose on these firms are big, and therefore there’s very little compensation for them. Their compensation is low.

Now, there’s the other surprising fact, too. And it is that when … there are more workers who want to work in finance, we might have the average compensation paid to these workers go up. And the reason has to do with the allocation of workers — how workers are assigned to different tasks.

“We’ve seen in recent decades an increase in the average compensation in finance, despite the many people who have entered this sector.”

Take the extreme example, where a firm first needs to hire a financial engineer to design a security. And then everyone else that this firm hires will end up being assigned to the trading task, to speculative trading. If there’s only one worker being employed by that firm, that one worker is a financial engineer, and earns the lower compensation. But then everyone else afterward starts making more money because these new workers that are hired by the firm are imposing negative externalities on the firm. So we start with only one worker making a low salary, and we keep adding more workers who benefit from this defense premium. Overall, as the number of workers increases, we have higher average compensation.

The other thing that our model help us understand is why we’ve seen in recent decades an increase in the average compensation in finance, despite the many people who have entered this sector. We have a lot of graduate students or undergraduate students who enter the market. Yet the compensation keeps going up.

The last thing is kind of a broader takeaway, and it has to do with the fact that our model highlights how compensation might not necessarily be linked with the social value that is created by a worker, or by a task. Some tasks might be underpaid, undercompensated, like financial innovation. And some tasks might end up being overpaid, or overcompensated in equilibrium — tasks like speculative trading. And this might help people understand how to better regulate, or better think about the compensation that is offered in the market.

What Sets the Research Apart

We carefully considered the tasks that financial workers perform for their firms. Unlike in other industries, where most workers help the firm produce goods, the workers in our model trade securities, which imposes negative externalities on other firms. Or they find a new financial innovation, they identify new financial innovations that will create a surplus for the whole sector. And the fact that we model these interactions among firms allows us to uncover the effect of externalities on compensation.

In a model without externalities, or where we don’t model, we don’t look at the interactions across firms, we will see all workers with the same ability level making the same amount of money. But in our model, we have externalities among firms. The firms, when they bid for these workers, when they try to hire them, they consider these externalities as part of the equation. And in the end, what we get is that the workers who impose negative externalities on other firms, the speculative traders who are part of a zero-sum game, they earn more money. They have a higher compensation than the financial engineers, the bankers, and the other type of workers who impose positive externalities on the firms that fail to hire them.