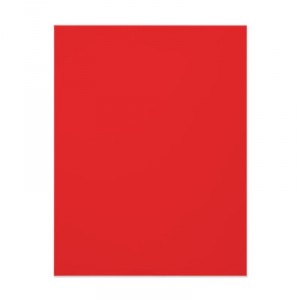 When French shoemaker Christian Louboutin tried to trademark the color red used on the bottom of its high-fashion high-heeled women’s shoes, a court ruling shot them down, much to the relief of French fashion rival Yves Saint Laurent, which sells its own line of red shoes.

Louboutin isn’t giving up, and last week, company lawyers appealed the ruling in a Manhattan courtroom. Should a company be able to trademark a color — in this case, Louboutin’s “China red” — when color is such an integral part of the fashion’s industry’s creativity?

“My sense is that Louboutin already ‘owns’ the red bottoms on its shoes in the minds of consumers,” says Wharton marketing professor Patti Williams, who acknowledges that she is not an expert in trademark law. “It’s part and parcel of the brand experience they deliver, and [it’s how] the brand allows consumers to tell others that they are wearing Louboutin shoes.”

Louboutin is “trying to prevent other brands, both high and low, from appropriating that symbol for their own benefit,” she adds. “Personally, I’m not sure I see it as that different from brown trucks for UPS. I’m sure UPS wouldn’t want another delivery company to paint its trucks the exact shade of brown, even if the other company didn’t have the UPS logo on them.” In addition, says Williams, she would expect that a ruling in Louboutin’s favor “would apply to a very specific color of red, not all colors of red.”

Wharton marketing professor Barbara Kahn, director of the Jay H. Baker Retailing Center, agrees that “the red sole on luxury shoes has clearly been identified as the brand ‘Christian Louboutin’ by many consumers … and I think this brand is the only one to date that has used that color on the bottom of the shoe.” She speculates that the earlier court ruling “would have been based on consumers’ identifying the brand by the color of the sole.”

Her take on the legal issue — as to whether a  brand can own this kind of identification — is a function of how important the “color/identification/packaging is to the product class vs. the brand itself. I believe, for example, that a pair of surgical gloves was allowed to own the color purple because that was associated with its brand, had not been used by any other brands before them and was not material to the product class per se. Similarly, it would be a legal issue as to whether pink is associated with Pepto Bismol only, or with stomach medicine in general. If that is the case, then red soles could fit that definition” because it doesn’t appear that any other shoe company has put red on the bottom of its shoes. That red sole, therefore, “has become associated with that luxury brand.”

Arguments by lawyers for both Christian Louboutin and Yves Saint Laurent revolved around a few key points, according to an article last week in The Wall Street Journal. “Christian Louboutin has created one of the more iconic trademarks of the 21st century,” stated Louboutin’s lawyer in the Journal article. “Louboutin turned a pedestrian item into a thing of beauty.”

The article also quoted a rebuttal from Yves Saint Laurent’s lawyer: “Artists … need the full palette of colors available. In order to compete and compete fairly, we need red.” The company does not want to be told that it “can make green, blue, purple shoes … but [is prevented] from making red” ones.