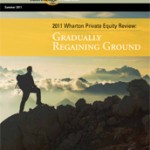 The private equity (PE) industry, like most others, took a big hit from the global financial crises. Yet, PE has rebounded and is in much better shape today than many analysts had projected. This better-than-expected position is thanks to relatively strong capital reserves going into the downturn and flexibility on the part of bank creditors that led to lower interest rates for PE investments.

Today, the industry continues to face challenges from the slow-growth U.S. economy, but it still sees a lot of potential opportunities in emerging markets, and in select industry sectors and asset classes – notably technology, mid-market companies and distressed companies.

Globally, certain emerging markets are considered highly attractive because their economic growth rates are likely to far outperform more developed countries. That has led PE and venture capital investors to focus on reaching vast numbers of new middle class consumers in China, India, Southeast Europe and Latin America. The top targets for investment there include companies in the Internet, financial services and clean technology sectors.

Technology more generally has been one of the few bright spots in an otherwise underperforming U.S. economy, and mid-market companies are especially attractive to PE investors now because they demand less capital than larger deals and have greater cash-out flexibility. Those are key qualities, given that fund-raising remains challenging as the economy tries to fight its way out of a long run bout of sluggish growth.

Another area attracting increasing PE investor interest: distressed companies, which had been hoping for better times but are becoming less and less able to wait it out. Troubled companies that have renegotiated bank loans six or seven times will need to resort to other, options with many turning to PE firms. Among the sectors most likely to provide distressed opportunities are real estate, finance and health care.