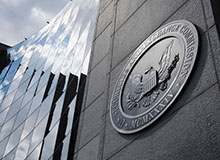 The recent decision by a federal judge to hold off on approving a $602 million settlement between the Securities and Exchange Commission and hedge fund SAC Capital Advisers over insider trading charges once again focuses attention on an issue that continues to rankle many observers: Why should companies accused by the SEC of fraudulent activity be allowed to settle the case by paying a fine but not admitting guilt?

These deals are typically agreed to by the SEC as a way to quickly settle civil cases which — if they went to court — would be both time-consuming and costly for both the SEC and the accused firm. Yet critics of these deals point out that the relatively low fines — a rounding error for some companies — do not act as a deterrent to future fraud and fail to satisfy aggrieved parties, including investors.

A federal judge in 2011 rejected a similar deal  between the SEC and Citigroup over civil fraud charges, in part because the SEC did not require Citibank to own up to its guilt.

Jill E. Fisch, a professor at Penn Law School and co-director of the Institute for Law and Economics, suggests that the SEC  “has to balance the costs of this concession [allowing companies not to admit guilt] with the extent to which that will interfere with its ability to prosecute the range of cases in which enforcement is necessary.”

In the Citigroup case, Fisch had signed on to a friend-of-the-court brief supporting the judge’s decision, although “that being said, it doesn’t seem to me that the courts should be trying to mandate a uniform SEC policy. It’s a [situation] where you have to trust the agency. What I thought the judge [in the Citigroup case] was saying is that the SEC has to show in some way that it went through a thought process” when it agreed to the settlement. Once that happens, the agency should be considered the expert in the matter, “and you don’t second guess that.”

Those cases that involve really flagrant wrongs will result in civil litigation through private lawsuits, and the companies will settle those anyway, Fisch says. “So to a certain extent, it almost makes this worse when the SEC settles, gets a huge fine and then says to the private plaintiff, ‘Go re-litigate the issue.'”

The debate over the practice of allowing fines with no guilt is “largely a media-fueled debate over whether these companies are getting away with egregious fraud,” Fisch says. Admittedly, there is significant problematic conduct, she adds. “But whether it amounts to egregious fraud is harder to prove, because we are talking about misconduct at the company level. The SEC is trying to piece together actions and information that may be dispersed among a bunch of different people. How do you put all of that together?

“When you have a bank robber, the guy was there, you know what he was thinking and you know what he walked away with, “Fisch notes. “With a corporation, it’s different. On the one hand, you have to throw the book at these companies, but it’s just that — a company. If there are individuals who engaged in self dealing, typically the SEC is pretty good at going after them.”

The SAC case raises interesting issues, according to Fisch. “With banks, the fines are borne by shareholders. So the SEC on the one hand is facing public pressure to impose high amounts, but who are they really punishing?” she asks. With SAC, “You are not talking about a publicly-held company. I assume the settlement will be borne by the principals and not by the hedge fund investors. If true, there is a much higher level of accountability than the standard case involving the big corporate fines.” Yesterday, a federal judge accepted the smaller of two insider-trading settlements — one for $14 million — between SAC and the SEC.

In January 2012, the SEC said it would no longer allow companies to deny civil wrongdoing when they have admitted to — or been convicted of — criminal violations. But since most of the cases before the SEC involve civil securities law violations, this change probably won’t have much impact. “I definitely agree with the change,” says Fisch. “When you have evidence to bring a criminal proceeding, [the SEC] should demand the accountability that comes with an acknowledgement of wrongdoing.”

As for the civil suits, Fisch does not think that the SEC, given its limited resources, believes it will be successful resolving these cases “if it has to get an admission of wrongdoing out of all the defendants.”

But again, Fisch thinks part of the uproar is media-fueled. “When you see the media saying there isn’t enough accountability, or the fines aren’t big enough, I think if you look at the numbers, you will find that the SEC has brought a lot of cases. It publishes an annual report listing the cases, the amount of each fine [and so forth]. The SEC is more on top of it than the news articles would suggest.”