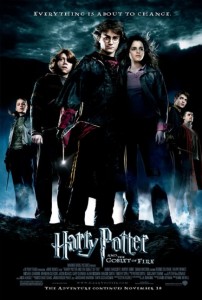 As if Harry Potter hadn’t shaken up the muggle world enough already. Now comes word that J.K. Rowling, author of the Harry Potter series, is launching a website called Pottermore, which will sell ebook versions of the wildly popular books directly to the public. Pottermore will offer more than ebooks, however; it will create a whole Harry Potter universe, with an additional 18,000 words of content about the books’ characters, plots and settings along with interactive games, vivid new illustrations and more — all designed to cement the love affair between Rowling and her legions of devoted fans.

Pottermore, which will go live on July 31 — just for some; see the website for explanation — will be the only place consumers can buy the ebooks beginning in October. They will not be available from Amazon’s Kindle store, Barnes & Noble’s Nook store, Apple’s iBookstore or other online stores, according to press reports.

Although traditional publishers and online stores can still sell print copies of the Harry Potter series, Rowling’s move is sure to upset the industry, and give new impetus to the discussion about digital rights ownership. Rowling, unlike many authors, never signed away the digital rights to her books.

Changes in technology “are threatening publishers’ historic role in the reading value chain and their ability to get paid for carrying out that role,” says Wharton management professor Daniel Raff. “What we are seeing is the potential for digital delivery of texts to effect a kind of disintermediation. This might play out in any of a variety of ways, but imaginable scenarios involve radically changed roles for traditional retailers, wholesalers, publishers and, of course, printers.”

Rowling can pose a threat to the traditional publishing model “because she is not an anonymous author of genre literature, but rather a brand in herself,” Raff says. “This is why she succeeded in retaining digital rights for herself when authors with less market power were simply offered contracts reserving digital rights to the publishers on a take-it-or-leave-it basis.”

Big publishers, he adds, “are undoubtedly very nervous” about the impact that this initiative — and its possible success — might have “on the willingness of future potential Rowlings to cut the old-style deal rather than reserved-rights deals.” Of course with the typical first-time writer, a publisher does not have any guarantee of huge sales, he notes. “I would expect the main consequence of this to be different royalty rates for digital sales, not wholesale changes in boilerplate terms.” He predicts that the success of sites like Pottermore will depend on how much distinctive content they can offer.

As for the question of “the degree of digital rights protection involved, this is not yet clear and will be interesting,” Raff notes. “Some arrangement making onsite-distinctive material accessible only to people who have paid to download copies will probably be one means of combating piracy.”