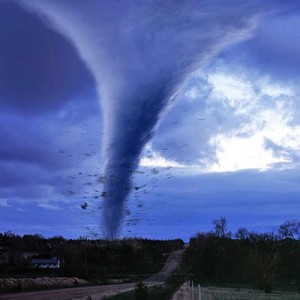 Given the string of violent tornadoes that ripped through the Midwest and South two weeks ago, it would seem that the mission of the Wharton Risk Management and Decision Processes Center — to look at the roles of the public and private sectors in reducing losses from natural disasters — is more timely than ever.

Wharton professor Howard Kunreuther, however, has been on the case for almost 30 years. Kunreuther, co-director of the Center, recently testified on Capitol Hill before a House subcommittee reviewing legislation (H.R. 3042) that proposes changes to federal disaster loans under the Small Business Administration (SBA). In the event of a declared disaster, the legislation would provide SBA loans at 1% interest for eligible applicants in the disaster area, with or without credit available elsewhere.

In his testimony, Kunreuther suggests, among other things, that H.R. 3042 would “create a moral hazard problem by encouraging people to locate their homes and businesses in hazard-prone areas” and would also “reduce their economic incentive to purchase insurance and invest in mitigation measures prior to a disaster.” Since residents know they would be bailed out in the event of a natural disaster, like a flood or a hurricane, they would “therefore have much less incentive to take protective actions.”

Indeed, Kunreuther continues, H.R. 3042 could “create a situation in which homeowners and businesses in hazard-prone areas are financially better off after a disaster than they were before the event occurred, by being able to obtain a 1% loan to cover their uninsured losses as well as existing debt financed by SBA loans.”

Rather than relying on the SBA to reduce future disaster losses, Kunreuther suggests that insurance, along with other policy tools, would do a better job. Insurance, he says, can do three things: provide a signal of the risk that individuals and firms face in their current locations; encourage property owners to invest in mitigation measures; and support “economic resiliency” by letting the insured apply for funds to cover the losses caused by the catastrophe.

In addition, “equity and affordability issues should be addressed,” Kunreuther says, noting a concern for residents in high-hazard areas who might be faced with large premium increases that reflect the riskiness of those locations. To deal with that, Kunreuther suggests that any special treatment given to low-income uninsured or inadequately insured homeowners should be funded through vouchers, “and not through premium subsidies, as is often done today.”

In his testimony, Kunreuther also proposes modifying the National Flood Insurance Program in order to “set a tone as to ways that the private and public sector can work together to reduce losses from floods and other natural disasters.” These ideas range from offering individuals or businesses the opportunity to purchase a multi-year insurance contract tied to the property, to making insurance coverage a requirement for all property located in hazard-prone areas.

In his concluding remarks, Kunreuther notes that the U.S. has “entered a new era of catastrophes…. The damage from disasters over the next few years is likely to be more devastating than what we have experienced during this past decade.” One result is that “new spending records will be set with respect to federal assistance.”