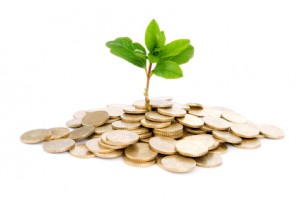 Tess Mateo is a matchmaker. Her job is to interest private investors in projects throughout the world that will improve the quality of life for people and protect the environment. It is not unusual for her to touch down on four continents in the same number of weeks.

She is not complaining.

As founder and managing director of CXCatalysts, her mission is to bring together governments, institutions, corporations, universities, investors and NGOs to scale sustainable businesses and projects in a dozen emerging countries. High on her list of passions are clean energy, sustainable food, infrastructure, waste management and public health. At the recent Wharton Social Impact Conference, she was among the participants in a panel discussion on evaluating returns from microfinance and other impact investments.

Impact investing is a broad term for directing money toward projects that bring about social change while delivering a market-rate return or better. Microfinance generally means making small loans to micro entrepreneurs, such as coffee growers in Costa Rica, weavers in Peru, mobile phone co-ops in Laos, apron makers in Guatemala or rice farmers in Tanzania. Small loans can be like winning the lottery for millions of people in the world existing on the equivalent of $1.25 a day. Microfinance operates on the assumption that poor people — also referred to as the “unbanked” — can pull themselves out of poverty if given access to financial services — a hand-up instead of a hand out. About 2.5 billion people in the world lack access to financial services, a status that limits their ability to plan for emergencies and for the future.

“There is so much interest in emerging markets and so little talent in striking good partnerships,” Mateo noted. “Pension funds are pulling away from U.S. equity markets and shopping for something else in developing countries, but the sophisticated level of networking needed is lacking.”

While investors clamor for more data, third parties, like Mateo, frequently struggle to obtain essential information about projects. Another challenge is tracking the performance of micro enterprises and quantifying the real impact of the investments. The Global Impact Investing Network (GIIN), a non-profit supported by the Rockefeller Foundation, has produced uniform reporting standards on projects to create a more transparent and efficient marketplace, but they are not widely used.

Panelist Patience Marine-Bell, principal investment officer for the International Finance Corp. (IFC), the private sector arm of the World Bank, said microfinance investing is maturing. “The real gap now, or the missing middle, is something in between small loans and mega loans from commercial banks, which are limited to very few.” Marine-Bell’s focus is “financial inclusion” in lending for women-owned businesses because “historically, they have been left out.”

According to Reshma Alva, head of sustainable investing for Leopard Capital, a private equity firm that is active in Asia and the Americas, investors need assurance that some countries are “investible.” Leopard, for example, now has its first impact investing fund in Haiti. “Once IFC goes in, it reduces the risk for the rest of us,” she said. “NGOs haven’t helped as much as they could in making some countries appear investment worthy.”

Lauren S. Cochran, a former analyst at the Clinton Foundation’s HIV/AIDS Initiative, noted that “boots on the ground” are essential in monitoring the effectiveness of programs in developing nations. In Africa, she analyzed the health care infrastructure from diagnosis to treatment and follow-up care to determine if the massive effort to save lives and crush an epidemic was working. “We found we had to incentivize people to take care of themselves and to return for treatment for maximum impact.”