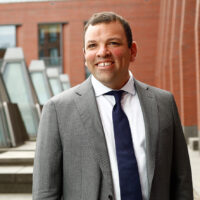 An old, arcane law absolves American states from the obligation to pay their debts. While that option is rarely used, experts warn that it can lead to excessive state debt and other problems. One remedy would be to allow states to file for bankruptcy. However, Vincent Buccola, Wharton professor of legal studies and business ethics, believes there is a more effective option. In his latest research, he focuses on tax-credit borrowing as a way to ease the burden for bondholders and hold states more accountable. He spoke to Knowledge at Wharton about the idea.

Knowledge at Wharton: Could you explain what this paper is about and what some of the findings were?

Vincent Buccola: This position brief is based on a paper I published in the Duke Law Journal. It takes up the problem of state overborrowing — in Illinois, California and so on. The paper really has two conclusions for policy makers. One of them is negative or sort of pessimistic, and one is maybe more optimistic. I’ll start with the pessimistic findings.

In the aftermath of the financial crisis, a number of policymakers, politicians and scholars saw in the leverage of a number of American states — like Illinois, New Jersey and California — some of the same moral hazard or “too big to fail” thinking that was part of the cause of the financial crisis in Wall Street. The idea is that the institution can overborrow knowing that if things get bad enough, there’s a federal backstop there. Therefore, lenders are more willing to extend and overextend credit.

These thinkers — most prominent was probably my colleague and friend at the law school here at Penn, David Skeel — proposed a bankruptcy mechanism, a new law that would allow states to file for bankruptcy, in addition to cities and towns that can already file for bankruptcy. They thought this might turn off the spigot by allowing a mechanism that would give creditors a haircut. The idea would be to forestall a federal bailout.

The negative conclusion in my paper is that a bankruptcy mechanism won’t work to reduce state borrowing. The basic problem is a very old legal doctrine called sovereign immunity. This doctrine dates at least to the 19th century. The idea is that because the American states aren’t thought of as sovereigns, they can reject any claims to pay debts. They can simply walk away from them. In other words, they don’t need a bankruptcy mechanism.

The way this works is that if someone sues a state for a debt, say on a bond, the state can decline to be sued. So, there’s no remedy. The upshot is that states can already walk away from debts if they want to. They don’t need a bankruptcy mechanism, and they won’t opt into one unless they’re given sweeteners.

Knowledge at Wharton: Is there a history of states defaulting? Has it happened, and what have been the results?

Buccola: The earliest state defaults were in the 19th century. A wave of financial panics caused state defaults in the 1840s, 1870s, after the Civil War. The most recent state default was Arkansas during the Great Depression. I think it was 1933, but I might be wrong on the exact date. I think people tend to think that the states are risk-free. They’re not. They haven’t historically been, and the law is solid in the sense that there’s no legal repercussion. There are obviously reputational consequences to default, but not legal.

Knowledge at Wharton: What were the main takeaways from your research?

Buccola: I think they really are twofold. One is that any kind of ex post mechanism, a kind of legal mechanism that tries to work on borrowing after the fact, after things have gotten bad, is not going to work. The second takeaway relates to an idea I developed in the paper called tax-credit borrowing, which is a way to get around this problem of sovereign immunity. Tax-credit borrowing may have more hope or more promise than a bankruptcy mechanism.

Knowledge at Wharton: What is that, exactly?

Buccola: The idea of tax-credit borrowing is that a state borrows just like it ordinarily would. Think of a bond. The state promises to pay a coupon annually, however periodically they want. But instead of promising an outlay of cash, the state promises a tax credit, a credit that can be applied against a tax bill to the state. The idea of this really is just to circumvent that sovereign immunity doctrine I was mentioning. Under the subtle law, sovereign immunity only applies to a state as a defendant in court. It does not apply to a state as a plaintiff in court.

The logic of tax-credit borrowing is that the owner of the bond or the obligation can assert the right to decrease taxes. If the state doesn’t like that or wants to default, the state must sue rather than be sued. By toggling the plaintiff/defendant distinction, as trivial as that sounds maybe to a non-lawyer, you get a radically different result.

Knowledge at Wharton: A company obviously would have to have substantial business interests in that state and a substantial tax obligation in order for that to make sense. Is that often who’s investing? Isn’t it usually big investors with institutions in New York?

Buccola: With municipal and state, there actually are a lot of individuals or owners. The way I really foresee tax-credit borrowing working is that the tax-credit coupon would just be sort of an option for the holder. In the ordinary run of business, the taxpayer or the holder of the obligation just gets paid as an ordinary bond. But the taxpayer or the holder of the bond would have an option to use it as an offset against a tax bill. It would only come into play if a state was, let’s say, teetering financially and wanting to default in this way.

Knowledge at Wharton: Would that be a sweetener for states to be able to get a lower interest rate? Or is that federal backstop already providing something equivalent?

Buccola: The short answer is I think it would allow states to borrow more cheaply. It’s a way of creating a lower risk state instrument. There are two observations, though. One is we’re not sure how much of overborrowing really is attributable to moral hazard, this “too big to fail” idea. I think tax-credit borrowing would help researchers like myself get a better purchase on how much of overborrowing is really caused by that sort of moral hazard and how much is due to other political failures.

“Because American states aren’t thought of as sovereigns, they can reject any claims to pay debts. They can simply walk away from them.”

The last thing I’d add about the tax-credit borrowing is not just about allowing states to borrow at cheaper interest rates. There are a lot of constituents, what you might call creditors of states who are not bondholders. I’m thinking employees with retirement plans and so on, who could really use a little safety and would probably be willing to give up a little juice for the safety of a return down the line. I introduce tax-credit borrowing in this paper as a mechanism to reduce the overborrowing incentive at the state level, but I think it has other potential uses.

Knowledge at Wharton: States could see this as a way to lower their financing costs, correct?

Knowledge at Wharton: Were there conclusions or findings that surprised you?

Buccola: Yes. One is a historical conclusion. I thought that I was coming up with this mechanism out of scratch. But as I conducted research, I found out that the Commonwealth of Virginia used tax-credit borrowing in the aftermath of the Civil War in the 1870s. Some lawyers in Richmond were smart enough to figure this out. In fact, Virginia tried to repudiate these tax credits, and they were upheld in the courts. That was a big surprise.

Knowledge at Wharton: What are some of the other practical implications for this that maybe you haven’t covered yet?

Buccola: I think for investors and for employees at the state level, it’s important to know this is not unique or new from my work, but it’s important to know that states can walk away from their obligations. A lot of general obligation bonds and, according to some constitutions, state pension obligations are said to be backed by the state’s full faith in credit. It’s common language. A lot of people assume that means it’s impossible for the state to default. You should know it’s not impossible. States have done it before. They will probably do it again.

Knowledge at Wharton: That would be one of the misperceptions that the public may have about defaulting. Because it hasn’t happened since the 1930s, it does seem like an unlikely thing. Yet if you can provide a guarantee against it and at the same time incentivize states to lower their borrowing costs, that’s an interesting thing. Is there any way to judge how much borrowing costs may be lowered?

“If both a state and its major cities are simultaneously on the rocks financially, that’s a bad picture.”

Buccola: I’m not sure, and I probably would not be the best at figuring this out. I think the case is that the better the financial situation of a given state, the less this tax-credit borrowing mechanism matters. If there’s a prudent, highly solvent state, it’s not going to change borrowing costs at all. Then again, we’re not so concerned about that state’s mode of borrowing. It’s more an issue as a state is under increasingly dire financial situation. The tax-credit borrowing will have a bigger impact. I don’t know how to quantify that.

Knowledge at Wharton: Are any states in that position right now?

Buccola: Illinois is not doing well. Its Supreme Court has in the past couple of years issued rulings that make it look difficult to restructure pension obligations there, which are a major driver of costs. The City of Chicago is in financial trouble as well.

If you’re trying to understand the fiscal picture at state and municipal levels, you often need to look at them together because states can offload some of their own obligations to their own municipalities. Or if municipalities are doing badly, the state can back them up. If both a state and its major cities are simultaneously on the rocks financially, that’s a bad picture.

Knowledge at Wharton: What are you looking at next?

Buccola: What I’m doing now is watching what’s happening in Puerto Rico. It’s not a state, so the sovereign immunity doctrine I mentioned doesn’t apply there. But it will be interesting to see what happens there. There’s some question whether Puerto Rico is going to be a warm-up for Illinois. We’ll have to see.