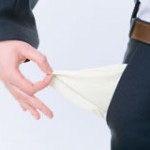 The extremely weak GDP numbers out of the U.K. recently took many by surprise and raised questions about the wisdom of imposing austerity while an economy is in a weakened state.

In the U.K., fourth-quarter GDP sank by 0.5% compared with the third quarter, and compared with a projected 0.5% uptick. This poor showing, which reflects a 2% drop in GDP annualized, is occurring before recently approved austerity measures have taken their bite. A drop in GDP this big, at a time when the U.K. is not in recession, has not been seen for more than 25 years.

Spain, now turning the screws on its own austerity effort, reported last week that unemployment hit 20.3% in the fourth quarter of 2010. That is the highest level in nearly 14 years and double the average of the European Union. One economist described household income there as “collapsing.”

Then on Monday, the Irish central bank slashed its economic growth forecast for 2011 by more than half. It now expects GDP to rise just 1% vs. a forecast of 2.3% about three months ago. The new outlook mirrors the view of the International Monetary Fund, which last month cut growth projections for Ireland from 2.3% to 0.9%. Some forecasts project that consumption will drop by 0.75% this year and by an additional 0.5% in 2012.

With all three of these countries undergoing — or soon to be undergoing – major cuts in government spending just as their economies appear to be weakening, it begs the question: Is this a good time to be imposing strict austerity measures, even if some level of austerity will be critical in the medium or long term to push down swollen government deficits?

Wharton management professor Mauro Guillén, notes: “There are two schools of thought: Cut now to stabilize, or don’t cut because that further hampers the recovery. I agree with the second school, except that the markets are demanding immediate action. So, one must continue spending but without increasing government borrowing costs too much.”

Wharton finance professor Franklin Allen, however, thinks the austerity moves are “the right way to proceed. The alternative is to risk default in some form, [which] would be even more painful.” He points out, however, that the three governments have been overly optimistic about how their austerity programs will affect growth. “Unfortunately, they are still using economic models that assume markets work well so people displaced by the expenditure cuts will soon be re-employed. My own view is that it is quite likely they will have low growth or recession for some time to come.”

The economic bind these three countries are experiencing “underlines how important it is for the U.S. to start cutting its deficit soon,” Allen says. “At the moment, the dollar is a safe haven currency but this will not persist indefinitely. The longer the austerity drive is postponed, the more brutal it will eventually have to be.”