Patrick Vandenberghe has overseen the streamlining of IT operations at ArcelorMittal, the company formed by a 2006 merger that created the world’s largest steelmaker. Among his achievements: the creation of a sweeping IT transformation plan to save more than $1 billion a year that was put on hold during the recession. Selected projects that have since been implemented have strengthened ArcelorMittal’s ability to face the next downturn. 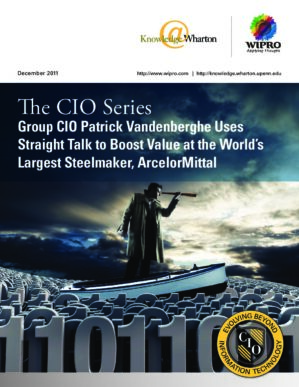