Recent trade skirmishes between China and the United States are less about steel and soybeans and more about which country will be the leader in global innovation in the 21st century, writes Wharton dean Geoffrey Garrett in this opinion piece.

The escalation of tariffs between China and the United States is haunting the financial markets. “Manageable, orchestrated trade skirmishes” is probably the right description. But “trade war” is so much better a headline.

Either way, what is really going on is not about trade; it is about who will lead global innovation in the 21st century. Think less steel, soybeans and solar panels, and more electric vehicles, self-driving cars and artificial intelligence.

The electoral incentives are clear for the Trump administration to talk up links between wages and jobs and the mushrooming of America’s trade deficit with China over the past 15 years.

But the administration’s much bigger concern is China’s very real challenge to American global dominance in the innovation economy. Rising power vs. incumbent power normally refers to the growing military competition between China and the U.S. But it also describes rising Sino-American competition over the future of innovation.

“What is really going on is not about trade; it is about who will lead global innovation in the 21st century.”

Consider some facts. China has laid down more high-speed rail lines than the rest of the world combined (see the breathtaking new Chongqing-Guiyan line below). Mobile payments in China are 50 times as large as in the U.S. Last year, more electric vehicles were sold in China than in the rest of the world, and more than twice as many industrial robots were in use in China than in the U.S. 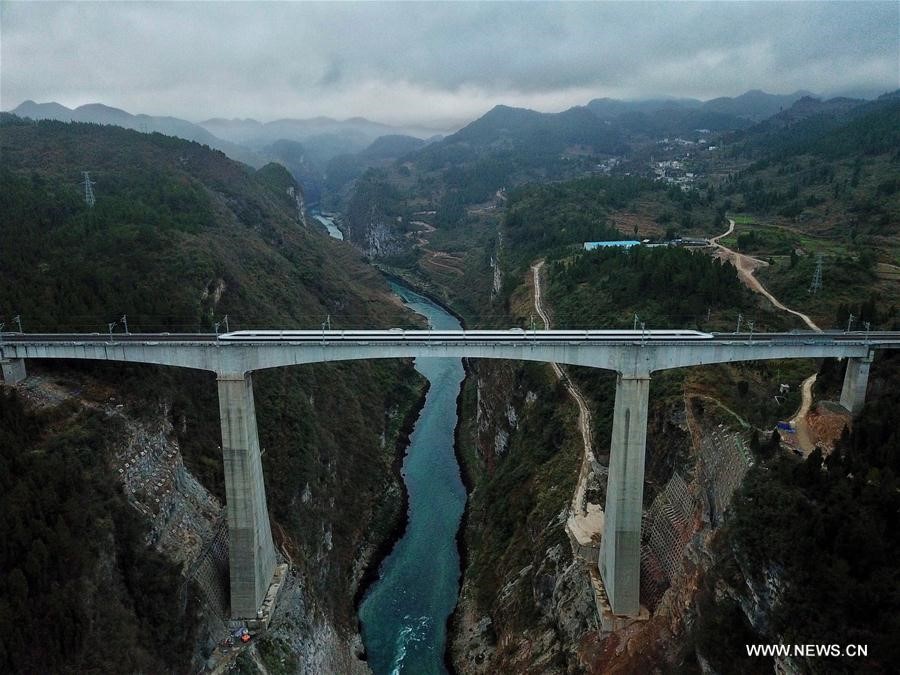 Apple, Amazon, Facebook, Google, and Microsoft are firmly entrenched in the top 10 companies in the world by market capitalization. They were joined a couple of years ago by two Chinese companies—Alibaba and Tencent—that continued to climb up the standings.

Over the period 2012-2016, Goldman Sachs estimates that total AI investment in the U.S. were about $18 billion, compared with only $2 billion in China—big advantage to America. But by 2020 China intends to invest about $150 billion in AI—looming enormous advantage to China. 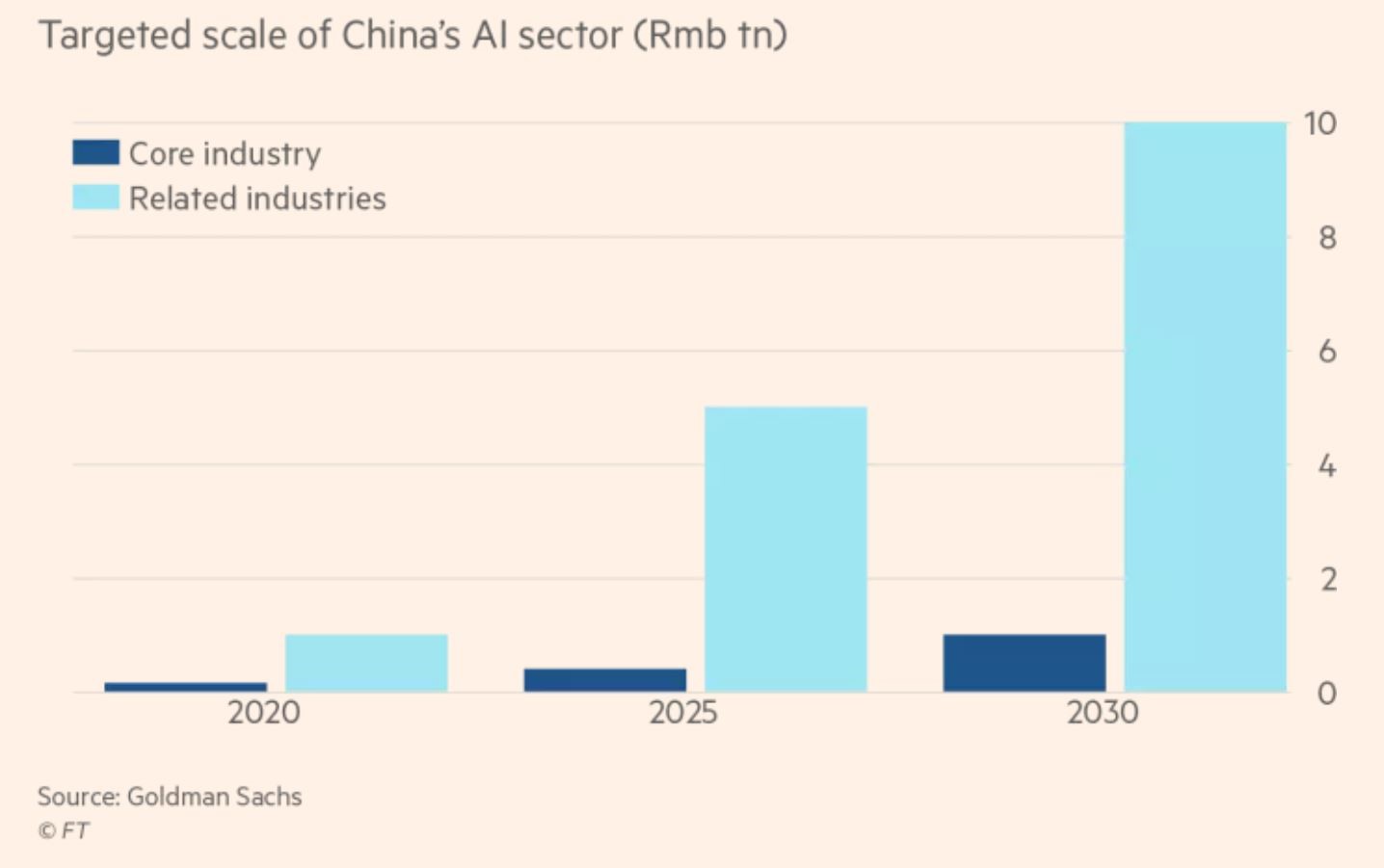 There is no doubt that most of the best new underlying technology continues to come out of the U.S. Realistically, it will take China many years, probably decades, to change this.

But the ability of China to adopt and adapt American technology, and to do so at warp speed and massive scale, is extraordinary. If the definition of innovation is turning ideas into outcomes, China is already an innovation economy.

This is what the Trump administration is really worried about. Dig just below the surface of “trade war” tweets, and the administration’s focus on China and the future of innovation is apparent.

The U.S. Trade Representative report on which the new tariffs are based is entitled, “China’s acts, policies, and practices related to technology transfer, intellectual property, and innovation.” Nothing about steel or manufacturing jobs.

This report then justifies actions against China based on a powerful but controversial provision of Section 301 of the 1974 U.S. Trade Act, which allows the President to take essentially any actions he sees fit against “acts, policies or practices that are unreasonable or discriminatory and that burden or restrict U.S. Commerce.”

There is no doubt that the Chinese government has an active “industrial policy” to transform its economy from a low cost assembler and manufacturer into a global leader in the cutting edge industries of the 21st century. This is the core of Xi Jinping’s ambition for China.

In the past, the U.S. government has complained that government investment creates “unfair competition” in global markets—for example, the muscle European governments have used to help Airbus take on Boeing. But that is not the U.S.’s main beef with China.

Instead, the U.S. is arguing that China unfairly regulates the conditions under which American firms can operate in China — with good reason. There is no doubt that the Chinese government regulates what American firms do in China, with a view both to protecting domestic firms and to ensuring that Chinese companies get access to leading-edge American intellectual property.

“If the definition of innovation is turning ideas into outcomes, China is already an innovation economy.”

Consider, for example, the 15-year-old joint venture between General Motors and Shanghai Automotive Industrial Corporation that has resulted in GM’s selling more vehicles today in China than it does in America. This has been great for GM’s bottom line. But it has also increased the probability that China will soon have its own global auto company (not necessarily SAIC) that will compete head-to-head with GM inside and outside China. All the more likely given China’s enormous investments in electric and self-driving vehicles.

Would American firms like to have unfettered access to the Chinese market? Would they prefer not to have to enter joint ventures with Chinese firms? Are they worried that “tech transfer” in China sometimes takes the form of intellectual property theft?

Yes, to all three questions. This is just not the way the free market is supposed to operate. But the Chinese government says it has the right to regulate its own market, and it is improving intellectual property protections all the time. That is why China says what the U.S. is doing is unfair, and why its own retaliation is justified, focusing on industries like farming that might hurt Trump’s Republicans at the ballot box in November.

The Chinese government says “no.” So, too, might the World Trade Organization, which has repeatedly questioned the legality of Section 301 because it makes the U.S. judge and jury in its disputes with other countries—when this is exactly the job the WTO was created to do.

This rules out at least two pathways to resolving the current dispute between China and the U.S. The U.S. will defend its right to act under Section 301. China will not appeal to the WTO to rule against the U.S. Instead, both countries will take matters into their own hands — that is exactly what has happened this year.

In the past, I have argued that it is best to view things like trade spats between China and the U.S. as well-choreographed theater designed to appease domestic political audiences without threatening the underlying big economic win-wins between the two countries. It is easy to fit “steel for soybeans” tit-for-tat tariffs into that frame.

“Calling it a trade war is not only misleading. It is also an understatement of what is really going on between the two most powerful countries in the world.”

The problem with this thinking in the current situation is that the economic competition bleeds quickly over into concerns about military/security competition — and the rising power (China) versus incumbent power (U.S.) dynamic more generally. Cyber security is an obvious example. The same technologies that make industrial espionage possible and increase worries about personal data security are also increasingly the backbone of the 21st century military. In fact, most modern technology falls under the “dual use” rubric — important both to commerce and to security.

Put it all together, and China-U.S. competition over innovation is here to stay. I do not expect the current trade tensions to spiral out of control — the potential for major damage to the economies of both countries, and to the global economy, is just too great. But even if Trump and Xi continue to emulate their predecessors in managing down their tensions, the underlying struggle over who will win the battle for global pre-eminence in innovation will only intensify. Calling it a trade war is not only misleading. It is also an understatement of what is really going on between the two most powerful countries in the world.

ADDITIONAL LEARNING FROM WHARTON EXECUTIVE EDUCATION
Mastering Innovation: From Idea to Value Creation
Become the catalyst for company-wide change when you learn how to construct the architecture that drives innovation in an organization.
Learn more.