Turning the Retail 'Showrooming Effect' into a Value-add - Knowledge@Wharton

Turning the Retail ‘Showrooming Effect’ into a Value-add 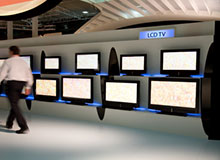 Showrooming — the consumer practice of checking out a product in one store and buying it elsewhere at a better price — has always been a challenge in retail. But with the advent of smartphones and the expansion of online retailers like Amazon.com, showrooming has gone from being a headache for bricks and mortar retailers to a full-blown migraine. Mobile phones allow consumers to “make a purchase anywhere — and that takes out the middle step of going home and ordering online,” says Wharton marketing professor David Bell. “As technology facilitates it, [showrooming] will only become more prevalent.”

The latest salvo in the battle: Walmart Stores’ recent decision to stop selling Amazon’s Kindle e-readers and tablets, a step fellow big-box retailer Target also took earlier this year. The chains’ decisions to exile the Kindle come as Amazon continues to promote a mobile app that allows consumers to scan barcodes in physical stores and find the (usually cheaper) Amazon price for that item immediately. “The issue used to be, ‘Can I get you to come to my store instead of a competing store?'” notes Ron Adner, professor of strategy and entrepreneurship at Dartmouth College’s Tuck School of Business. “Now you are bringing the other store in with you. And that raises the level of competition.”

In fact, the pressure created by showrooming is evident in a number of moves that bricks and mortar retailers have made recently. In January, Target sent a letter to vendors asking for their help in combating the problem, suggesting that they create exclusive products for the Minnesota-based retail chain or find ways to match the low prices offered by online retailers. And Best Buy has replaced the standard barcodes on some products with different, chain-specific barcodes that make it impossible for consumers to scan those codes and find a quick online price comparison.

Certainly, smartphones are rewriting the retail rulebook. According to Stamford, Conn.-based market research and data analytics firm InsightExpress, 59% of smartphone owners used the device to find a better price while shopping in a physical store in 2011, up from 40% in 2010. And a survey from Reston, Va.-based digital marketing research firm comScore, shows that nearly six out of 10 shoppers who went into a store but bought later online had actually intended to make the purchase in the physical location, indicating that retailers could be doing more in their physical stores to keep those customers. The category most likely to be purchased via a showrooming process was consumer electronics, followed by apparel clothing and accessories, comScore reported.

At the root of the problem is the price advantage online retailers enjoy. For one thing, in states where e-commerce businesses lack a physical presence in the form of warehouses and the like, they do not need to collect sales tax. That advantage however, may be narrowing as states like California pass laws that require all online retailers to collect sales tax from residents in their state. “That will be a help to some bricks and mortar retailers,” says Bell. “The price advantage of Internet retailers will be eliminated in some places.”

What those new laws can’t change, however, is the fact that online retailers do not have the costly infrastructure that comes with operating hundreds of physical stores along with employing an army of salespeople. According to a KeyBanc Capital Markets study, even in states where Amazon charges sales tax, including New York, the site’s prices on consumer electronics were 11% below those of Walmart’s retail stores and 8% below those of Best Buy. And at least some of that price advantage is a reflection of Amazon’s aggressive strategy for expansion. “Amazon is still engaging in a ‘get big quick’ strategy, which has been going on for 18 years,” notes Wharton marketing professor Stephen Hoch. “They are willing to sell things at low prices where they aren’t even making money. They are still willing to forgo profit in return for greater market share and the hope of making profits later.”

Of course, showrooming isn’t the only force to blame for the pressure facing big box retailers. Hoch points out that as online retailers have been gaining ground, the digital distribution of music and movies has also been eating into the sales of physical stores for chains like Best Buy. “The CD and DVD categories have completely contracted,” notes Hoch. “Those categories used to be a beacon for people to come into the store. Now retailers like Best Buy have all this unproductive space, and they need to figure out what to do with it.”

Among the most ineffective — and potentially damaging — responses would be to block customers from doing online comparison shopping while in physical stores. “The ability to bring outside information into your store will only increase,” says Adner. “You can’t really lock the consumer in, and companies that try to do that will fail.” Alison Jatlow Levy, a retail consultant at New York City-based management consulting firm Kurt Salmon, agrees. “The last thing you can ever do is upset a customer,” Jatlow Levy notes. “Anything that alienates the customer will do so much damage.”

The key to confronting the showrooming challenge is to find ways to exploit the advantage bricks and mortar players have in their physical connection with shoppers. Some retailers are upping the level of service they provide to customers to not only build loyalty, but also to spur shoppers to come into their stores more frequently. Best Buy is now overhauling some of its locations, for example, to make them more service-oriented, including a Solution Central help desk along the lines of Apple’s Genius Bar. “You have to have a better understanding of the customer in the store, have a relationship with them or [provide] services that come with the product,” says Bell. “You have to really think about how to leverage the real estate and the experience. It will force retailers to become better.”

Retail chains are also moving to more closely link bricks and mortar stores with their online operations. The goal is to let consumers buy products using their preferred method, while at the same time taking advantage of the immediacy of a retail store. Walmart, Macy’s, Best Buy and the Container Store are among the chains that are expanding the use of in-store pick-up or returns of online orders, and even experimenting with drive-through services for online purchases at their physical locations.

“You can have the store serve as the showroom and communications center for the website,” says Wharton professor of operations and information management Marshall Fisher. And while he notes that such an approach could certainly further erode sales in the physical stores, that result may be an acceptable tradeoff to some companies. “One retailer told me they were seeking to improve their online presence — and I asked whether that would cannibalize the stores,” Fisher recalls. “His response was, ‘That is OK — online is cheaper for us anyway.'”

The blurring line between the physical and online world reflects a shift in consumer expectations, says Jatlow Levy. “We are in an omni-channel world,” she points out. “Today you have to be present in all channels to be successful. As a result of showrooming, a physical store may lose sales to an online value price player, but it is also possible that some physical-store sales are merely shifting to the retailers’ own online and mobile channels.” No surprise then that even computer giant Microsoft is now opening its own retail stores.

Jatlow Levy says that finding multiple points to connect with consumers builds loyalty. Research has shown that on average, consumers who shop through a retailer’s physical store and website spend twice as much as those who shop via just one channel. In addition, the customer who shops through three channels spends four times as much as the solo channel shopper. “You originally opened the store to sell a product,” Jatlow Levy states. “But in an omni-channel world, the store may become a marketing expense, a tool for generating buzz or a way to provide service.”

At the same time, retailers are also trying to build a product line of unique offerings. “The only way to get protection from showrooming is through exclusives, so that the only way to get that product is through one retailer,” Hoch says. In addition to asking its regular vendors to come up with one-of-a-kind products for Target stores, the retailer is also teaming up with small boutiques across the country to create The Shops at Target — a series of exclusive apparel and home collection items from these independent stores that are offered for a limited time at Target, as well as on the Target website. Toys “R” Us is rolling out a new tablet for kids, the Tabeo, an exclusive product that consumers would not be able to find more cheaply online. “It is our strategic position to offer products that you can’t find anywhere [else] or be compared on price,” Troy Peterson, a vice president at Toys “R” Us, told The Wall Street Journal in September.

Wharton marketing professor Z. John Zhang suggests that showrooming may also prompt some retailers to completely rethink their business model. He says this will lead to the adoption by some players of the “store within store” format where retailers essentially rent space out in stores to other vendors. “If you go to Asian countries, most retailers there are really real estate property owners,” Zhang says. “Those vendors pay both a straight rent and also fees based on sales revenue. If you do that, you can control for the showrooming effect because if customers go to the store [to browse] but buy online, you still get rent. In addition, vendors themselves do not mind the showrooming effect, as long as consumers buy their brands online or offline. I think that is the future.”

Certainly, online retailers are aware of this. Some online players such as eBags and Blue Nile have linked up with the delivery service ShopRunner to give their customers the option of picking up online orders at nearby shops. It is yet another sign that the battle between bricks and mortar and virtual retailers will continue — with shoppers reaping the benefits.

Turning the Retail ‘Showrooming Effect’ into a Value-add. Knowledge@Wharton (2012, September 26). Retrieved from https://knowledge.wharton.upenn.edu/article/turning-the-retail-showrooming-effect-into-a-value-add/