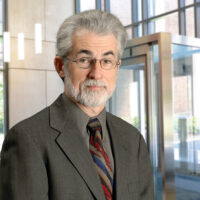 The ritual is now a part of big-time, as well as small-town, football games. As the clock winds down and victory looks certain, players grab an orange vat with a green label and douse the winning coach.

The “Gatorade shower” has made the sports drink one of the world’s best-known brands and helped pave the way for other niche products and beverage categories that now compete with traditional carbonated soft drinks. Convenience store coolers and supermarket aisles are jammed with thirst-quenching options including energy drinks, enhanced juices, and bottled and flavored water, not to mention a host of hybrids.

With the market for traditional soft drinks dominated by giants Coca-Cola and PepsiCo, alternative beverages have become a rapidly growing and highly profitable piece of the beverage industry — so much so that Coke and Pepsi now own or distribute many of the labels vying against their mainstay brands. Pepsi, for example, owns Gatorade, and Coca-Cola sells the competing sports drink, Powerade.

The so-called “functional soft drink sector,” which includes sub-categories from sports and energy drinks and other health-oriented beverages, grew by 48% between 2001 and 2008 to reach sales of $30.3 billion, according to Just-Drinks, a beverage analytics firm. Just-Drinks forecasts that sales in these categories will hit $49.9 billion by 2014 and account for 10.3% of the total global soft drinks market.

As breakthrough products gain momentum, however, they risk losing their cachet with their original fans, making the marketing of niche beverages tricky. “These are image products, pure and simple,” says Wharton marketing professor John Wesley Hutchinson. “The primary ingredient is sugar water, so most of the economy in these businesses is image. It is huge aspirational marketing. Every third grader wants to have a performance enhancing drink in his lunch pail.”

The marketing of sports and energy drinks targets many segments, adds Wharton marketing professor Americus Reed. One is consumers who are interested in using the products to facilitate a healthy lifestyle. Then there is a subculture he calls “‘the skater-boy dynamic’ — the kids who think of themselves as rebels. They use it as a brand buy.” Some members of this group, he notes, might once have been fans of highly caffeinated Mountain Dew, but now are buying Monster, an energy drink that is distributed by Coca-Cola. “They slam one down and it keeps them skating….”

A third category is white-collar workers who want something besides soda at their desks, and a fourth is blue-collar workers who feel they need extra energy to do their jobs. “It may be a skater-boy overlap, but they want their Monster or Gatorade so they can do 12 hours of heavy lifting,” says Reed.

Gatorade, originally developed by scientists at the University of Florida to keep the school’s football players hydrated in extreme heat, has gone through several transformations in order to appeal to different subcategories, faculty say. In 2000, Gatorade introduced Propel Fit Water, an artificially sweetened and vitamin-enhanced flavored water with electrolytes. In 2006 came Propel Fitness Water with Calcium, and Rain in a Gatorade-shaped bottle. Gatorade 2, the company’s low-calorie product, came out in 2007, and Gatorade Tiger, formulated for Tiger Woods, went on the market in 2008. Gatorade has now launched a rebranding, with most of its products getting new names — original Gatorade is now G; Gatorade 2 became G2; Gatorade Rain became No Excuses, and Gatorade Tiger became Focus.

Gatorade has launched numerous “line extensions,” notes Garima Goal Lal, senior beverage analyst at Mintel, a leading market research firm. At the same time, it faces increased competition from other beverages, such as enhanced water and even drinks that are supposed to hydrate while boosting energy. “Going forward, sports drinks will face a lot of hybrid products in the market,” she predicts. “Energy is becoming part of every drink — bottled water, fruit juice, tea, you name it.”

Red Bull provided the initial rush of energy drinks into the worldwide beverage market. The drink originated in Thailand and is now marketed globally by an Austrian company. Introduced in the United States in 1997, Red Bull is the world’s leading energy brand.

According to Wharton marketing professor David Reibstein, Red Bull was originally marketed to Thai truckers who needed to keep awake while driving through the night. When it was launched in the United States, he says, it was positioned as a product that allowed young people “to stay up late and be able to do better on exams and sports. But it quickly evolved into something people used in the late-night rave and partying scene.”

Red Bull has been banned at one time or another in a number of countries. The primary concern is that it is heavily caffeinated and — when used as a sports drink — could raise cardiovascular stress to dangerous levels. In addition, once it came to be used as a mixer in alcoholic drinks — Red Bull with vodka being the most popular combination — additional alarm bells went off. “Red Bull had this club aura around it. It was viewed almost as something illicit,” Reibstein says. “It raised health concerns and I actually think that helped” the product.

A Mintel report noted an influx of new players in the energy drink market, up from 169 in 2007 to 306 in 2008; most of the entrants were small start-ups. Red Bull dominates the market with a 36.9% share, according to Mintel, although that is down 3 percentage points from a year earlier. At the same time, market share is becoming increasingly concentrated. In November 2008, Coca-Cola began distributing Monster Energy, the number two brand behind Red Bull, with a 20.6% market share. In February, PepsiCo signed a distribution deal with Rockstar Energy, the number three brand, with 12.9% of sales. According to Lal, the Mintel analyst, Coca-Cola and PepsiCo maintain a low profile in this sector, choosing to distribute independent brands rather than buy them outright. “You don’t see Pepsi anywhere on those brands. They separate them under a different identity,” she says.

Wharton marketing professor Geeta Menon suggests that Coca-Cola and PepsiCo risk cannibalizing their well-established carbonated soft drink business if they choose to build on their global brand recognition to promote alternative drinks. In this consumer segment, Coca-Cola, for example, wants consumers to think they are choosing between Coke and Monster, not between Coke and another kind of Coke. “Coke is an old brand now [while] Monster is exciting and a new brand name. There is no stigma of it being attached to your parents’ generation.”

According to Hutchinson, the marketing of Red Bull and its energy drink competitors is decidedly skewing towards young consumers, posing a different dilemma than that faced by companies that sell alcohol. “I bet [the market for these drinks] is young in general and has a long tail into the tweens. I imagine a lot of 10-year-olds are drinking Red Bull.”

Meanwhile, the recession and concerns about the health effects of heavily caffeinated energy drinks have slowed growth in the sector, according to the Mintel report. “Energy drinks are under a cloud of negative publicity, especially from schools and the medical community and politicians,” notes Lal.

Wharton marketing professor Jehoshua Eliashberg predicts that energy drink marketers may be able to combat some of that negative publicity with a clear message about what is in their products. One obstacle to sales, he notes, is the argument that drinking water is probably just as good a way to hydrate for most sports enthusiasts and is cheaper than buying a sports drink. “The real value [of these energy drinks] to the consumer is not that obvious, which prevents the category from growing faster. Companies in this business should educate consumers. I think they should provide clear guidelines [explaining] under what circumstances their products will deliver on their promise. Otherwise, consumers will ask, ‘Why should I buy this sports drink?'” A slowdown is inevitable, he adds. “Just as people aren’t comfortable paying $4 for Starbucks coffee, paying $2 or $2.50 for a can of Red Bull also does not make people comfortable.”

During a recessionary period, Menon states, consumers feel they have little control over their lives. Drink marketers, she suggests, should position their products as an affordable luxury that will provide benefits to health and well-being. “Any company going into that crowded space would need to appeal to consumers by saying this will make them feel better about themselves.”

Even the category leaders like Gatorade and Red Bull need to move carefully as they try to expand without alienating their original customers, Reibstein says. “The danger is that as you start to grow and broaden your audience, you lose the cachet of the product. First you are in a select set of clubs, but then as you grow and mature, you ask, ‘How do I get it into Costco and Wal-Mart and into the supermarket?’ When you start doing that, [the product] loses some of its particular, maybe even illicit, image.”

He points to the example of Snapple, which originally was positioned as an alternative to the major beverage behemoths marketed in mom and pop stores. When the brand was acquired by Quaker Oats, the food conglomerate tried to broaden the appeal of the brand, but the strategy backfired. “Quaker Oats thought it was a great product, but as it expanded distribution, Snapple lost its renegade image.”

Reed, for his part, is somewhat confused by the Gatorade changes. “I am not entirely clear in my mind what [category] each type of Gatorade falls into,” he says, adding that confusion generally is not good for a product.

Meanwhile, Aviel Marrache, a Wharton MBA student who has studied the beverage category, is preparing to enter the alternative drink market this fall with plans to launch Juicepop — a combination of fruit juice and sparkling water based on new technology that allows bottlers to create products using juice without preservatives. He knows the odds of success are slim in this increasingly crowded category — one that attracts entrepreneurs who are excited about a product, but who have little understanding of the marketing necessary to establish a new drink.

How does he plan to beat the odds? Marrache says he will follow the lead of Red Bull and conduct a grassroots, guerilla marketing campaign. Many beverage manufacturers attend trade shows and expect distributors to market their product until it takes off, he notes. “That’s not how drinks get launched. You have to be on the ground selling, getting into retailers and distributors and [persuading] people to taste [the drink]. Unless people see it and taste it and understand what you are doing, your product won’t [sell].”