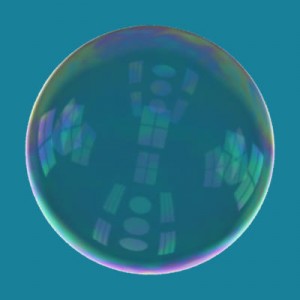 Recent reports revealing a strong appetite in Silicon Valley for tech jobs and fewer layoffs nationwide of high-tech workers have experts speculating on the next tech boom. “There are a bunch of dots you can join,” says Wharton management professor Matthew Bidwell, who studies patterns in work and employment. “There is increasing speculation on whether we are looking at another tech bubble.”

The U.S. as a whole may be hemorrhaging jobs, but Silicon Valley’s information, communications and technology (ICT) companies are expected to grow technology jobs by 15% in the next two years, according to a recent study by a cluster of workforce boards in that region. Sixty percent of Silicon Valley’s ICT employers plan to have more full- and part-time employees 12 months from now, the study found. The report, which included a survey of 251 ICT companies, counts nearly 7,500 ICT establishments in Silicon Valley employing more than 215,609 workers, whose earnings average $182,000 a year.

Also, fewer high-tech workers are being laid off nationwide in 2011 compared to last year, according to a report by Challenger, Gray & Christmas, an outplacement consulting firm. U.S. electronics, computers and telecommunications industries shed 14,308 jobs in the first half of 2011, down 60% from the 35,375 jobs cut in the same time period last year, the report says.

Silicon Valley’s thirst for tech workers is led by the growth prospects of social networking companies, several of which are in the midst of raising capital through initial public offerings (IPOs). But Bidwell sees some worrisome trends in the valuations commanded by LinkedIn and others with IPO plans including Facebook, group-buying site Groupon and social networking game developer Zynga. “All these companies are commanding valuations that take you back to the dotcom era,” he says. “They are basically not making profits or making small profits, but are valued at extraordinary multiples.”

The Silicon Valley workforce board report maintains that ICT companies are “emerging from recession into a new period of growth and opportunity.” But the region also faces a talent shortage, especially for highly skilled workers, it adds. “As long as companies can find that talent in Silicon Valley, they will continue to grow, but in some highly specialized areas there is actually a talent shortage and that is a hindrance to growth,” says Kris Stadelman, executive director at Nova, one of the study’s participating workforce boards that represents a seven-city consortium including Palo Alto and Sunnyvale.

The report also forecasts a spurt in demand in the next 12 months for software engineers and project managers (10.8%), field applications engineers (20% plus) and quality assurance engineers (12.3%). Employers may not find all that talent in the Valley, and some of those jobs may spill over to other high-tech hubs like Austin, Tex., or even Singapore, the report says.

According to Stadelman, these trends are not necessarily going to lead to “a boom in technology manufacturing jobs, and are unlikely to trigger a nationwide demand for similar jobs or lead an economic recovery.” Bidwell agrees. He recalls how the dotcom boom of the late 1990s “spurred enormous demand in a whole lot of related fields” — such as telecom companies that needed equipment to build out infrastructure for the Internet, lay fiber optic lines and so forth. “The Groupons and Facebooks will not create demand for that many jobs in other industries. [The effect] will be more localized.”

Stadelman, in fact, doesn’t want her cluster’s study to generate unbridled optimism. “You have to look at the upside and the downside,” she says, pointing out that Cisco recently announced 6,500 layoffs. “I hope we don’t have another boom. Every time you have a boom you have a bust – one follows the other.”