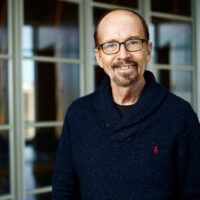 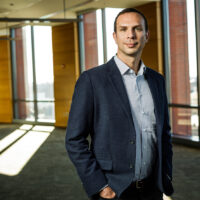 Wharton's Ron Berman and Colman Humphrey discuss their research on Twitter use during the Republican primary debates.

Did the Twittersphere help Donald Trump become the Republican nominee for president? A Wharton analysis of tweets sent before, during and after the 2016 Republican primary debates found an interesting correlation — as well as some sobering trends. Substantive tweets had less staying power than sensational tweets, which later shaped public opinion about the debates.

These and other findings are at the heart of the research paper “Make America Tweet Again: A Dynamic Analysis of Micro-blogging During the 2016 U.S. Republican Primary Debate.” The paper’s authors are Wharton marketing professors Ron Berman and Robert Meyer, Wharton doctoral candidate Colman Humphrey and Shiri Melumad, a doctoral candidate at Columbia University.

Berman and Humphrey spoke with Knowledge at Wharton recently about their research on the impact that micro-blogging sites have on voters’ opinions.

Knowledge at Wharton: Can you tell me why you chose to analyze Twitter versus other types of communication?

Ron Berman: That’s actually a very interesting story. Our co-authors are professor Robert Meyer and Shiri Melumad, who is a Ph.D. candidate at Columbia Business School. They were starting to work on a project using Twitter data, and the focus was how emotionality and the device you use change [the data] patterns.

But then, we realized that in elections and debates, people today use Twitter as the main forum for pushing their opinions and debating with everyone. This has become the Twitter election, and we wanted to see what voters were thinking given what they saw on Twitter. And also, we looked into what voters did on Twitter and how they interpreted [the tweets].

This was around August [2015]. At the time, it was clear that Trump had a big advantage on Twitter, and he was getting a lot of [positive] voter opinions and other advantages through Twitter. So, it was very interesting to look at the tweets. Do they reflect voter opinion? Can you use Twitter to influence voter opinion, and how does that work during a debate?

Knowledge at Wharton: Can you give us a quick overview of how you conducted the research?

Colman Humphrey: We decided to focus on three very pivotal debates. The first one was the August debate, which was the most viewed primary debate of all time. People were clamoring to see Trump versus [Jeb] Bush and see who would do better. We also looked at the February [2016] debate, which was just before Super Tuesday so it was the last chance for one of the other candidates to try and derail Trump and his amazing poll numbers. Finally, we included the March [2016] debate, which people were buzzing about because it was Trump versus [then Fox News talk show host] Megyn Kelly for the second time.

We collected all the relevant tweets from the debates, starting with [tweets sent] an hour beforehand to two hours after the debates — all tweets that had the main [#GOPDebate] hashtag in them so we knew they were tweeting about the debate. From this data, we were able to [track] who tweeted and who retweeted, and what time that all happened.

We then applied a [software] program that determines: Was there a negative tone in the tweet? Was there a positive tone? Did you use personal pronouns? Was it a power tweet or a reward tweet? And for a subset of the data, what were the most popular tweets? We also sent them off to people to look into the tweets a bit more. We got them to see whether there was a picture or a video in the tweet, and whether it contained humor or sarcasm as well.

“For Donald Trump, the sentiment after the debate was very positive.”–Ron Berman

Knowledge at Wharton: What are the key findings of your paper?

Berman: We found a few very interesting things. Some of them just didn’t conform with past research results, and some of them were just brand new [results]. The first thing we looked at was, what do people see during the debate? Do they mostly see new tweets or do they see more and more old tweets because of the retweets of other people?

For example, for Donald Trump, the sentiment after the debate was very positive. During the debate, sometimes there were controversies, maybe sensational [occurrences] that generated negative sentiment.

Finally, another thing we noticed was that the tweet stream becomes more sensational and less substantive [over time]. In the words of Robert Meyer, [my] co-author and colleague: “During the debate you get The New York Times; after the debate you are getting the New York Post.” This was something that we found was very interesting.

Knowledge at Wharton: Do you think this explains why Trump defied expectations to get the Republican nomination for president?

Humphrey: Sure, we feel like this definitely speaks to one of the reasons why perhaps he was so popular. Twitter, like a lot of other media, just really focuses on tabloid or sensational stuff, especially [after an event or occurrence]. That’s what sticks.

One of the things we analyzed was sentiment: Are people positive or negative towards certain candidates? And you can see, for Trump, that even as something [controversial] like Trump University was being discussed quite heavily and he’s really getting hammered for it in the debate, his sentiment just doesn’t really seem to drop.

After the debates, you can see his sentiment going right back up and is generally very positive. People really just don’t care about the negative stuff he says; it just doesn’t seem to matter. And building on what Ron was saying, it seems like Trump is the perfect candidate for the Twitter election since he is so used to generating sensational news and generating controversy, and leaning towards all of the tabloid stuff.

[Since sensational tweets gain the most ground, tweets on policy] where he’s probably weakest out of all of the candidates [get buried, benefiting his sentiment on Twitter]. So absolutely, Twitter seems to be the medium for him.

Knowledge at Wharton: What are the implications of your findings on voter opinions?

The other thing is that there are some voters who are very active in the debate and watch it and tweet about it. But most of the people probably open the newspaper the next morning, or look at Twitter, and say, ‘What happened during the debates yesterday?’ They look and they see this backwards view, which means that the influence on them is probably much stronger than what they would get if they [read tweets] during the debate.

Knowledge at Wharton: Did any conclusions surprise you?

Berman: One interesting finding we had, which was surprising, was how media was almost inactive during the debate in [giving their opinions]. What they were doing was picking up mostly quotes from TV and just tweeting them. They weren’t saying who they thought was winning, they weren’t commenting on facts, they were just quoting [what debate candidates said]. As a result, during the debate, people were retweeting them a lot, but after the debate [the media] had very little influence.

Humphrey: Building on that, what was also perhaps surprising is that strong positive or negative emotions [in tweets] did not help [their popularity] much at all. In fact, it would actually hurt the popularity of tweets both before and after the debate.

For example, one thing that actually did stir some interest was the economy when some people did tweet about it. But after the debates, there was nothing — no substantial policy [tweets], not even about policy issues that were popular during the debate.

Berman: It was surprisingly sad that … if you expected Twitter to be the [populist platform] for everyone to debate and argue and maybe get an understanding of the issues, what actually happened was that everyone towards the end [of an event] was focused more on sensational tweets. That means that maybe Twitter is not the place you want to look at to understand what is important in this election, at least in terms of the issues.

Knowledge at Wharton: How is your research different from prior work in this area?

Berman: Our research is different in both methodology and a bit on findings. Methodology — it’s interesting, because we looked at who tweets and who retweets and who gets followed by whom. But we also looked at the sentiment and the topic of the tweets.

Another one is the setting. Most people who analyze tweets [do it in a more linear fashion], looking at whether people tweeted more about, say, pop culture versus music. If it’s an event that is very active, and you get more than 200 tweets a second, then there is this [chaotic] fight for attention. Everyone is trying to say something and this creates a very different dynamic. We’re unique because no one has previously analyzed tweets in a very short period of time in a very energetic, active event.

Knowledge at Wharton: So how will you follow up this research?

“Trump is the perfect candidate for the Twitter election since he is so used to generating sensational news and generating controversy.”–Colman Humphrey

Humphrey: We hope to analyze other similar situations such as sports or any other situation where tweets are very highly focused and [don’t occur] over a long period of time. Another area of focus we are interested in is the phenomenon of tweets being picked up by different users. And what we mean by that is not just that something is retweeted, but it is tweeted.

One example is quotes. Sometimes a quote is so instantaneously interesting that everyone picks it up. And just to give you one example from the debate, [GOP presidential candidate] Mike Huckabee in one of the debates said, “The purpose of the military is to kill people and break things.” This was … tweeted out by over 100 people. Immediately people thought this was fascinating.… It didn’t last for ages afterwards, but it was initially very popular — as opposed to some quotes that are only interesting because they get brought up by a person in context.

Berman: This was a debate where people were trying to vie for the Republican nomination, so they generally do not have opposing ideas or issues; it’s just about who gets the most attention. However, we also have data from the … debates between [Democratic presidential candidate] Hillary Clinton and Donald Trump. It will be very interesting to see whether the same phenomenon and patterns will be there, and would it have let you maybe predict who is going to win? Do issues or sensational events matter more? We would apply the same findings from this research to another data set to see if we get similar results. 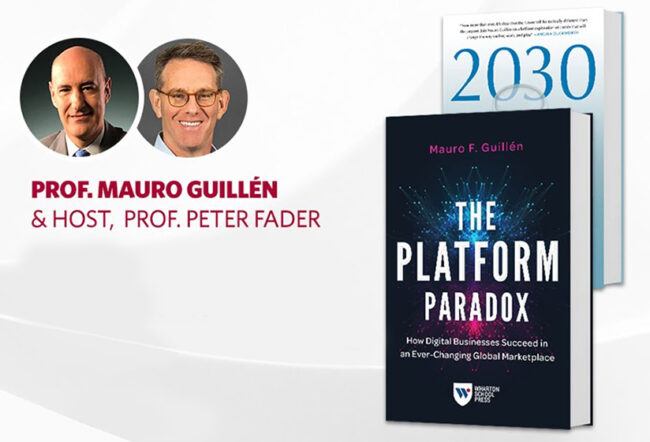 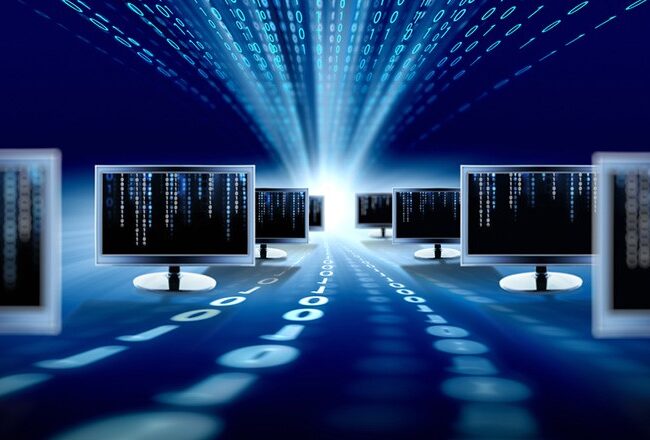