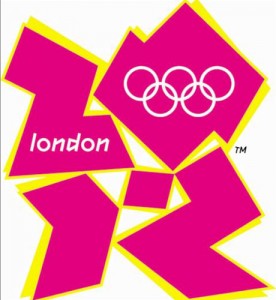 Yesterday, American gymnast Gabby Douglas won a gold medal around 1:30 in the afternoon in the Eastern time zone.

Or so it seemed, thanks to one of the most talked — and tweeted — about topics of the London Games: NBC’s decision, due to the time difference between the U.S. and the U.K., to tape-delay many of the biggest-name events so they can air in prime time.

NBC has taken a lot of flack for making that call, along with other aspects of its coverage. The outcry has spawned the Twitter hashtag #nbcfail, which viewers have been appending to their complaints. The network has countered, however, with huge ratings for the prime-time broadcasts. Those ratings — more than the 2008 Beijing Games — seemingly support in-house research that those who have indulged in spoilers before the events are shown on television are actually more likely to watch them.

So, who’s right? The network or Twitter Nation? And how should it affect the future of Olympics coverage?

“New media platforms, from cable TV to the Internet and now mobile and online video, have made media planning much more challenging for media providers,” says Elea McDonnell Feit, a Wharton lecturer and executive director of the Wharton Customer Analytics Initiative (WCAI). “Media companies like NBC are now faced with the challenging problem of figuring out what content to put where and when. The best solution really depends on how viewers want to use media.”

Feit suggests that most prime time television viewers “have a fairly low level of involvement with the Olympics and just want to turn on the tube and be entertained by a few of the most interesting events from the day. They probably don’t even notice the tape delay, unless NBC really messes up and throws in a spoiler.”

In 2010, Feit, Wharton marketing professors Eric Bradlow and Peter Fader, and doctoral student Pengyuan Wang worked on a project looking at how users combined multiple media channels and platforms to follow the FIFA World Cup. Among their findings was that on days when there were several games scheduled, fans preferred to use a website because they could quickly scan game stats and watch short clips.

They also found no negative correlation between the different platforms that sports network ESPN used to cover the tournament, which was “consistent with ESPN’s belief that new platforms do not compete with the old, but allow users to consume media at times that they previously could not,” the researchers write.

Yet Wharton marketing professor Jehoshua Eliashberg calls NBC’s decision to tape delay many events a “big mistake,” noting that “NBC made many consumers angry. The financial advantage of airing programs on prime time is that consumers have more free time to watch TV, and that generates more revenues from advertisers.” He adds, however, that the logic doesn’t hold “for events such as the Olympics where in showing it live, the audience can experience the emotional intensity.”

A more creative approach to the prime time broadcasts, Eliashberg suggests, would have been to go beyond simply showing pre-taped footage of the events intercut with prepackaged features. “For example, [you could have] a live showing, along with a tape delay that provides additional analysis or insightful information — similar to showing movies in theaters and then showing them on DVD along with the director’s cut,” he notes.