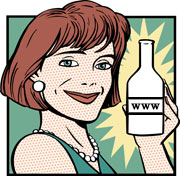 Microsoft buys aQuantive for $6 billion. Google acquires DoubleClick for $3.1 billion. Yahoo purchases the 80% of Right Media it doesn’t already own for $680 million. Ad firm WPP gets 24/7 Real Media for $649 million. And that’s just in the last six weeks.

The common thread: All the takeover targets are online advertising companies.

Meanwhile, as advertisers demand more return on their marketing dollars, companies like Google plan to provide tools like a web-based “dashboard” to allow advertisers to track media buys across all advertising formats. Google rivals Microsoft and Yahoo have similar plans and are adding companies and talent to deliver the next generation of advertising.

According to Wharton marketing professor Peter Fader, there’s a good reason a company like Microsoft is willing to pay an 85% premium for aQuantive: It’s the inevitable evolution of advertising. “[What]online firms are doing — accountable advertising — is the future,” says Fader.

Fader says that all forms of advertising will be based on accountability and quantifiable results. Marketing dollars will be allocated based on the answer to one question: Did the ad deliver the intended reaction?

It’s a concept that uses the techniques of the direct marketing industry, such as tracking response rate. In the online world, metrics such as the number of people who “click through” an ad or the number of leads generated from a particular search query are readily available.

The benefits of other forms of advertising — like television and print — are more intangible, says Wharton marketing professor Patricia Williams. “I don’t think ROI [return on investment] is impossible for other forms of media. But with something like television, you have to ask about the return and how it will be tracked. If I have branding goals, what are the best measures? [Other forms of advertising] are always going to be fuzzier compared to measuring click-throughs online.”

Indeed, Kartik Hosanagar, a Wharton operations and information management professor, says traditional media advertisers are going to want better measurements to gauge audience attention. And that desire has the potential to turn the advertising industry upside down.

“Previously, advertising was a creative discipline built on established relationships. Online advertising has thrown both out the door,” says Hosanagar. “Advertising has fundamentally changed from an art form to a combination of art and science. That has implications for all players. Advertisers will seek out metrics and performance information. The ones that can act on the metrics will demonstrate the best ROI. Media firms best able to match advertisers and consumers will be most successful. And consumers will benefit the most. They will get a highly customized media experience which includes seeing only those ads of most interest to them.”

Wharton experts agree that Internet advertising — and its potential to transform an industry — make it more than just a passing fancy or the result of irrational exuberance. “Internet advertising isn’t a bubble. And the floor isn’t going to fall out any time soon,” says Williams.

Within the online category, advertising based on search keywords — Google’s specialty — represented 40% of the 2006 revenues. Display advertising — banner ads, sponsorships and video — accounted for 32% of the total, according to the IAB.

Search-based advertising is currently the darling of the category and experts at Wharton see no reason for that to change. Legal studies and business ethics professor Kevin Werbach notes that search advertising “is an extraordinary success story.” The popularity of search advertising, Williams adds, “will top out, but no time soon.”

According to Hosanagar, keyword search advertising is so popular because it satisfies both the consumer and the advertiser. On the advertiser’s side, search results yield better click-through rates and offer better targeting. Consumers can also benefit. They are “essentially using the search engine to get somewhere else. Advertising is an effective way to enable that process,” says Hosanagar. “Finally, search advertising occurs when users are close to their purchase decision, and it becomes really important at that point to advertise to influence choice. All these factors will remain, and search engine advertising should continue to be appealing.”

That’s good news for Google, which relies almost solely on keyword search advertising for its revenue, but the company is moving to diversify. Google’s acquisition of DoubleClick provides them with a resource for online display advertising, characterized by the banner ads seen on many web sites. “The combination of the two companies will accelerate the adoption of Google’s innovative advances in display advertising,” said Eric Schmidt, CEO of Google, in a statement on April 13.

Each acquisition in recent weeks — whether it’s Microsoft and digital marketing company aQuantive or WPP and 24/7 Real Media — is designed to enable the acquirer to grab a bigger piece of the online advertising pie. Microsoft CEO Steve Ballmer noted that the May 18 purchase of aQuantive will be the “next step in the evolution of our ad network” and move advertising “toward online and IP [Internet protocol]-served platforms, which dramatically increases the importance of software for this industry.”

Fader, however, chafes at the characterization of Internet advertising as unique. To him, advertising is the same whether it’s online, television, radio or print. “Talking about online and offline advertising is ridiculous …. People buy stuff and companies advertise. It will all be one,” says Fader. What the Internet is changing, he adds, is how ads are sold and the advertisers’ expectations of the return on their ad dollar.

He doesn’t discount the revolution brought on by the likes of Google and aQuantive, but suggests that the better approach is to view the advertising industry as a whole. The traditional way to buy advertising — sales based on personal relationships — will give way to increasingly automated processes, much like Google provides.

As this change occurs, the advertiser will have an integrated view of the various forms of media, says Fader. Much like a portfolio manager, advertising buyers will allocate their resources based on the desired goal. If an advertiser is trying to reach a mass audience, perhaps a television ad is called for. If the idea is to close a sale, search keywords may be the way to go. “The answer to what form of advertising you use will always be, ‘It depends.’ TV will sometimes be what you need. The resource allocation game is going to become increasingly complicated. But it’s going to be a wonderful time when advertising becomes efficient.”

Fader and other Wharton experts agree that this efficiency won’t happen overnight, but they are confident that the advertising industry will change across all forms of media.

Williams points out that as advertising evolves it would be foolhardy to write off traditional media. “I don’t see the vast majority of traditional advertisers walking away from TV and print,” she says. “I wouldn’t walk away from TV. Instead, I would allocate some budget to non-traditional ads, buzz marketing and the Internet. This is the time for a lot of experimentation.”

In the end, Williams says integrating across multiple forms of advertising is going to be the biggest challenge for traditional agencies. “The advertising industry has been searching for 20 years [for ways] to be integrated and reach across all forms of media. The reality is that integration is harder to achieve. The infrastructure of the buying process is different across media.”

The merger of AOL and Time Warner was partially designed to sell advertising across all forms of media, she says. Such a concept is easier said than done, leaving the door open for companies like Google, Yahoo and now Microsoft to build a better way to buy advertising.

Furthermore, some traditional advertising venues can charge a premium for their ability to speak to a broad audience. At present, the price of online advertising doesn’t come close to what the television industry charges for an ad during a hit show. And print advertising is also expensive, says Williams. “From my perspective, both television and print rates are still quite high. [But] if my goal is to relay my brand to a mass audience, there are few choices.” Werbach agrees. “There is nothing online that compares to a television ad during the Superbowl, and it’s unlikely there will ever be.”

Even though online advertising will probably be a more efficient choice among the the various forms of media, chances are it will remain inexpensive relative to other forms. Why? Supply and demand, says Williams. “There are so many places where you can go [to advertise online]. There are many different pages on web sites. It’s a huge amount of supply and relatively small demand.”

Nevertheless, Hosanagar expects that the price gap between Internet and traditional forms of advertising will close as Internet advertising becomes more expensive and the price of traditional media decreases. “The long-term outlook certainly is cost parity across media — i.e., they will meet somewhere in the middle,” he says.

Xavier Drèze, a marketing professor at Wharton, suggests that online advertising prices could increase due to better targeting. “The more targeted the ads, the more valuable they are. Second, as online advertising becomes more and more effective, more advertisers will come on board.”

As online and traditional forms of advertising evolve, new measurement techniques are likely to emerge.

Although these new metrics are also likely to be applied to traditional media, Williams says these will be harder to track relative to Internet advertising.

A related trend is the ability to do behavioral targeting. In a May 22 research report, Susquehanna Financial Group analyst Marianne Wolk outlined the future economic case for the advertising industry. In her report, she argues that the recent run of acquisitions is really about acquiring years of web surfing records from anonymous users. Consumers can leave a “clickprint” behind every time they visit a web site and these records can be used to identify consumer behaviors.

“Behavioral targeting makes inventory available for sale based on the value of a web site’s audience, generally outstripping the value of the content on a page,” Wolk writes. “Behavioral advertising enables marketers to reach beyond keywords and impressions to the audience segments behind them.”

If Wolk’s assessment plays out, advertisers are likely to have a variety of media to spur behavior. For instance, a television ad could elicit an emotional response from a consumer that then prompts him or her to do a search and ultimately make a purchase. The big difference in the brave new world of advertising is that all of these moves would be tracked.

In advertising’s future, all forms of media would be relevant, says Hosanagar. “An advertiser would allocate budget across the media to [target specific demographics]. Traditional media is indispensable for branding, and online advertising has excellent pay-for-performance characteristics. All forms of media have relevance.”