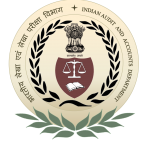 The one event that has most impacted politics and governance in India over the past two years is the US$32 billion telecom scam. Ever since the auditor to the government, the Comptroller and Auditor General (CAG), published a report stating the US$32 billion sum was the total loss resulting from the arbitrary allotment of 2G telecom licenses in 2008, New Delhi has been in a state of policy paralysis. The economy needed bold moves, but ministers and bureaucrats were afraid to make decisions for fear of witch hunts later on. Anti-corruption crusades found a resonance in society, particularly among the young. This made the government even more timorous. (A late burst of reforms by Finance Minister P. Chidambaram in September did excite the markets and industry for a while. But all the euphoria has faded now.)

Last week, however, the US$32 billion figure started looking like a gross exaggeration. Telecom scam-related cases had made their way to the Supreme Court, which ruled that all the 2G licenses given in 2008 by disgraced Telecom Minister Andimuthu Raja be cancelled and the spectrum be offered again in an auction.

The CAG had made its estimates based on the bids for 3G licenses. The Telecom Regulatory Authority of India (TRAI) also used this to set a floor price for the bids. The Union Cabinet lowered that somewhat, but estimated that the auction would fetch US$7.25 billion, with US$250 million coming from the pan-India spectrum.

According to observers, the auction was a disaster. There were no bids for the pan-India licenses, or for Delhi and Mumbai. Half the spectrum on offer had no takers. The total bid amount was US$1.7 billion, less than one-fourth the estimate. Half of that was from just one company – Telenor of Norway – which had lost its licenses in the Supreme Court ruling. ”The results are exactly what industry had predicted,” says Rajan Mathews, secretary general of the Cellular Operators Association of India (COAI). “All along, the COAI has maintained that the reserve price was guaranteed to have a detrimental effect on auctions.”

The high reserve price was, in a way, forced on the government. If it had lowered the floor significantly, there would have been fresh charges of corruption and selling natural resources for too low a price. The latter is the charge in an even bigger coal mining scam the CAG claims to have unearthed.

While the government is forced to defend its executive actions, questions are mounting from ministers and the Congress party that leads the coalition government at the Center. According to many, the CAG’s figure of US$32 billion looks vastly inflated. The bidders for 3G licenses had clearly gone over the top, as they had in similar auctions in Europe. “Mr. CAG, where is the Rs. 1.76 lakh crore (US$32 billion)?” asked Union Information and Broadcasting Minister Manish Tewari. V. Narayanasamy, Minister of State in the Prime Minister’s Office, demanded a public explanation of the CAG’s figures. CAG Vinod Rai has not responded to these inquiries or others from the media.

The spectrum auction for the unfilled slots will be held again in March, and the government hopes for a better response — a critical outcome for Finance Minister P. Chidambaram’s plans to reduce the deficit.

The worst affected in this auction fiasco is perhaps the office of the CAG. Under Rai, the office came from anonymity to occupy center stage with its series of scam reports. The huge numbers made headlines. Now, the reports themselves are being questioned. According to many analysts, this is unfortunate because the scams did exist; it is only a question of size. And while those accused in the scam are finding exoneration in the public eye, there is clamor for the CAG’s head. Says an opinion piece in leading morning newspaper The Times of India: “Why did this Harvard-educated CAG’s mathematics go so wrong? Will the CAG now please stand up and answer? Better still, will he please resign.”