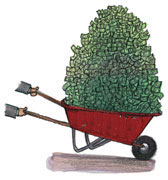 It may seem as though the Golden Age of mobile technology is already upon us — that the transformative technologies powering smart phones have, in many ways, realized their potential. But according to Felix Oberholzer-Gee, a professor of business management at Harvard University, such thinking is flawed.

As Oberholzer-Gee told an audience during a recent conference titled, “Marketing on the Move: Understanding the Impact of Mobile on Consumer Behavior,” hosted by the Wharton Customer Analytics Initiative, mobile technologies — and the businesses that are attempting to make money from those technologies — are in their earliest infancy.

“We’re on the verge of figuring out what this [industry] is and how it’s going to work — and how it can hopefully make a lot of money,” Oberholzer-Gee said. “In an earlier phase [of Internet technology], we saw the evolving nature of music and its relation to the Internet. We also saw that diving in without thinking tactically … was probably not a great idea. Looking back, I’m sure there are a lot of people in the music industry thinking, ‘I wish we thought more strategically.'”

Of course, he noted, most music executives didn’t think strategically when they were first confronted with the likes of Napster in the early 2000s; if the industry had any plan at all, it seemed as basic as wanting to make the file-sharing services go way. But while record labels naively fought to hold their ground in the face of an overwhelmingly popular technology, Apple’s Steve Jobs went about the work of inventing the revolutionary iPod — and, more importantly, the hugely influential iTunes store.

With those two masterstrokes, Jobs seized control of an industry that, until then, he had no stake in whatsoever. Apple scored big with its cheap-music platform, and the industry tanked. According to Oberholzer-Gee, Jobs’ innovative use of “complements” — that is, complementary technologies, such as iTunes and iPods — was the reason why. Likewise, such complements are “critical for the adoption of technologies and success in mobile marketing,” he noted.

“On top of the core value proposition, what is required for mobile marketing success is a system of complements — things that increase demand for particular goods and services,” he said. “It’s about razors and razor blades.”

The power of these complements can be seen in the realm of smart phones, where both the iPhone and Google Android phones are soaring — thanks in large part to the enormous number of apps available for each. Contrast the size of those app libraries to the one for BlackBerry users, and Research In Motion’s recent difficulties become more understandable.

“The availability of software was critical in driving the adoption decision regarding the Apple platform or the Microsoft platform [in personal computing],” he said. “And many of the strategies that phone manufacturers and cell phone operators have adopted have to do with reliving that same history. Unless you have fantastic market share, you’re not going to have apps; and if you don’t have apps, you won’t have your products adopted. More apps equals more adoption.”

And more adoption equals more profits. But Oberholzer-Gee cautioned against declaring a winner in mobile marketing just yet; too much about this nascent industry remains unknown, he said, including where the “real” value lies. He pointed out that, for decades, few industries were more successful, more stable and more profitable than newspapers. Double-digit returns weren’t just common — they were fully expected. And indeed, Oberholzer-Gee quoted one Wall Street analyst who, in the late 1990s, declared quite confidently that newspapers were “inherently more profitable than most Fortune 500 companies.” The party line back then was that this inevitable profitability was rooted in the news itself — that newspapers would never lose money because they owned the news.

Of course, as we now know, that wasn’t true. “News was never profitable,” he said. “What was profitable was giving companies access to consumers. [Businesses] overpaid for ad space year after year after year, helping to make newspapers enormously profitable…. As we’re building the mobile marketing industry, let’s not make that same mistake again. Let’s be sure that mobile marketers and the brands get a good portion of the value that’s being created here.”