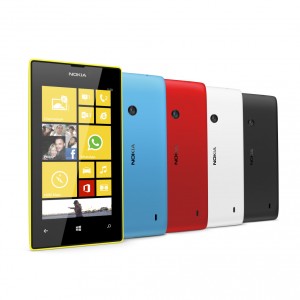 Finnish mobile phone maker Nokia faces new questions about its turnaround strategy after its win-some-lose-some performance in the latest quarter. First, the good news: The firm narrowed net losses to 272 million euros ($354 million) from 928 million euros ($1.2 billion) in the same period a year ago. Sales of its Lumia range of smartphones grew 27% to 5.6 million units.

However, the bigger picture eclipses those gains. Once the leading smartphone maker, Nokia is today a tiny player in that market, compared to Apple and Samsung’s combined sales of more than 100 million devices last quarter. Last quarter’s bad news for Nokia included a 20% revenue drop to 5.85 billion euros ($7.6 billion) as sales of its basic mobile phones – its mainstay – dropped by more than a fifth.

How can Nokia build on its strengths to regain lost ground? The firm’s top priority should be to focus on pushing sales of its smartphones in emerging markets, according to Kartik Hosanagar, Wharton professor of operations and information management. “Nokia already enjoys good brand recognition in those markets,” he says. Because low-cost Android phones have eaten into the company’s basic phone sales, it should look to sell lower-cost versions of its Lumia range there, he adds.

Not surprisingly, the Apple and Android operating systems also have the highest number of smartphone applications. “Hardware companies often end up at the bottom of the food chain in a sector like smartphones, where software and an ecosystem of developers and applications are ways that different players set themselves apart,” Wharton management professor Saikat Chaudhuri noted in a Knowledge at Wharton article last August on the shakeout in the smartphone market.

However, Nokia has some untapped potential in its partnership with Microsoft, which is well positioned in the enterprise market made up of business users. “That is a market where Microsoft has continued to remain strong,” Hosanagar notes. “Nokia should look to leverage Microsoft and push enterprise sales some more.”

The Nokia-Microsoft partnership works well for both parties, says Hosanagar. For Microsoft, the deal with Nokia was “a really good one. Microsoft has not been historically strong with hardware, so it didn’t make sense for Microsoft to own both hardware and software the way that Apple does. And given that its old partner, Samsung, had started to go the Android route, Microsoft needed a strong hardware partner and found that in Nokia.”

According to Hosanagar, Nokia and Microsoft have enough incentives to work closely together. “I suspect they [will] leverage each other’s strengths and will get some growth for Lumia,” he says.