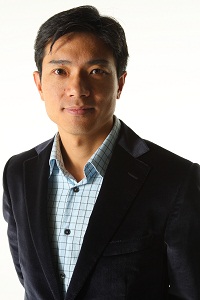 China’s Internet industry can’t seem to stay out of the limelight. That’s not a surprise. In a country that is flocking online by the millions, the social, economic and even political force of the Internet is formidable. And it’s likely to stay that way for some time, according to Robin Li, the multimillionaire founder and CEO of Baidu, the country’s largest search engine. In a recent interview with China Knowledge at Wharton, the 42-year-old Beijing-based executive predicted that the number of Internet users in China could double in the next 10 years to nearly one billion.

That’s both a threat and an opportunity for Baidu. With May marking the start of a spate of U.S. share offerings from a Who’s Who list of China’s Internet companies, there’s no shortage of competition wanting to nip at the lead Baidu has built since its own debut on Nasdaq in 2005, five years after Li launched the company. To stay ahead, what Li must prove to the markets more than anything else is that Baidu can innovate its way into the next growth phase of China’s Internet. Now that archrival Google has been securely relegated to the number-two position in China, a big part of that means capturing far more of the corporate monetization of the web than it has so far, he told CKnowledge at Wharton. Its latest initiative — making downloading applications, data and services easier through what the company calls “box computing” — will also need to gain more traction among users and credibility among investors.

So far this year, Baidu is basking in the investor limelight, with its share price up some 50% since January. In late April, Baidu announced first-quarter net income of RMB 1.071 billion (US$163.5 million), a 123% year-over-year increase, on an 88% rise in revenue, to RMB 2.4 billion (US$372 million). During that earnings announcement, analysts wondered whether Baidu’s pace of growth will continue through the year.

Baidu’s growth projections won’t be the only thing Li can expect to defend this year, however. The search engine was recently found guilty of copyright infringement and ordered to pay about 550,000 yuan (about $84,000) to Qidian, a popular literary website. Qidian sued Baidu last March, saying the search engine linked to pirated versions of five novels for which the site owned Internet copyrights.

A Baidu spokesman told Reuters that the company has already filed an appeal in the Qidian case. The search engine also recently launched a beta version of a music service offering free licensed downloads of songs. In the past, Baidu has been at odds with the music industry for running an MP3 search service that links to free downloads of unlicensed content.

In addition, critics of the search engine giant accuse it of kowtowing to the Beijing government’s self censorship information policies, which require companies like Baidu to police and block content appearing on their sites. Shortly after Li spoke with CKnowledge at Wharton, the government announced a new body charged with overseeing the Internet, a move with potentially enormous implications for all of China’s Internet firms.

In his discussion with CKnowledge at Wharton, Li responded to those critics and offered his thoughts on what needs to happen for China’s Internet players to capture far more of corporate marketing budgets than they have in the past, and why, in his words, the key to Baidu’s own success now “is all about execution.”

To read the interview in full, visit China Knowledge at Wharton.