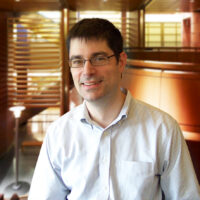 “But what is government itself, but the greatest of all reflections on human nature? If men were angels, no government would be necessary.” James Madison, the fourth president of the United States and an architect of the U.S. Constitution, is credited with writing these words in “The Federalist Papers” as he constructed his framework for a nation guided by laws that are both enshrined and enforceable. But do laws have any less power if they cannot be enforced properly?

Robert Hughes, a professor of legal studies and business ethics at Wharton, challenges Madison’s notion in his latest research, which focuses on the moral obligations of citizens and businesses. Hughes contends that it doesn’t take long to find examples of moral and ethical behavior being practiced even in the absence of serious legal consequences. He finds that laws, even weak ones without specific sanctions, serve a definite purpose in modern society.

James Madison once said that if people were angels, we would have no use for law. My work in legal philosophy and moral philosophy shows that James Madison wasn’t right about this. Of course we need law in government to address a variety of human moral failings, but even morally very good people would need law and government to get along well together.

“If you believe, as James Madison did, that the only point to law is addressing human misbehavior, then you’ll probably think that law has no point unless there are sanctions attached to legal prohibitions.”

One side of my research program is concerned with specific legal institutions that facilitate or hinder citizens having good moral relationships with each other. This includes some work on democratic theory as well as health care justice. The other side of my program concerns the relationship between law and law enforcement. If you believe, as Madison did, that the only point to law is addressing human misbehavior, then you’ll probably think that law has no point unless there are sanctions attached to legal prohibitions. On this view, there’s no point to telling people to do something — or the government telling people to do something — unless the order is backed up with the threat to lawbreakers to put them in prison, to fine them, to compel payment of damages or something of that nature.

I argue that law can serve morally important purposes, even when it’s unenforced or under enforced. Law can be morally binding on us quite apart from the effect that any sanctions have. Consider an income tax law that’s either entirely unenforced or under enforced. Of course, under enforcement is the situation we’re in because there are some forms of income that aren’t subject to third-party withholding or reporting. In 2006, the IRS estimated that 54% of people who owe tax on amounts that are not subject to third-party reporting or withholding misrepresent the amount that they owe. That’s a lot of people cheating on their taxes. But it’s also a lot of people who are paying their taxes honestly, even though there isn’t a reliable enforcement mechanism to sanction them if they don’t.

I focus on the ethical question here. If you’re in this situation, if you have income that you could conceal from the IRS or another tax authority, and if you know that roughly half of your fellow citizens are shirking the tax and roughly half are paying it honestly, what’s your moral obligation? Tax laws serve a morally important purpose. They attempt to organize support for morally important public goods, such as public safety, and to do it in a fair way. Of course, some people aren’t paying their assigned share, and that’s unfair. But you would be compounding the unfairness or the injustice if you chose to join their number. The right thing to do is to report your income honestly and pay the tax. This is an illustration of a general principle that there is a moral obligation to obey laws that are unenforced or under enforced, and this is important partly because there are sometimes good reasons not to enforce the law. For example, there might be resource limitations on the part of law enforcement or there may be privacy considerations. It might be impossible to enforce a law effectively without an undue intrusion.

The Intersection of Morality and Law

For citizens and residents, there can be a moral obligation to follow laws that are unenforced or under enforced. Just because you could get away with breaking the law doesn’t mean you’re entitled to morally. This is going to apply when there’s no enforcement on the books at all or when there are sanctions on the books that are rarely applied. It will also apply when there are sanctions on the book that are applied, but they are too slight to affect behavior. The other major takeaway is for legislators. Legislators sometimes have reason to believe that a law being proposed couldn’t be enforced both efficiently and fairly. That alone shouldn’t take a proposal off the table. Sometimes the right thing for a legislature to do is to enact a new law, demand that citizens take that law seriously, but not back up that demand with a threat of sanctions.

“Legislators sometimes have reason to believe that a law that’s being proposed couldn’t be enforced both efficiently and fairly. That alone shouldn’t take a proposal off the table. Sometimes the right thing for a legislature to do is to enact a new law, demand that citizens take that law seriously, but not back up that demand with a threat of sanctions.”

This argument is going to be relevant to business people who are facing difficult questions about whether to follow an under-enforced law when following that law may not be narrowly in the firm’s interest. Suppose there is a labor law requiring overtime pay for certain categories of workers, and suppose that this law is under enforced because the only liability is back pay plus interest. An employer that is narrowly self-interested may choose simply not to pay the overtime because the sanctions on the books aren’t enough to effectively deter nonpayment. Nonetheless, there may be a moral obligation to provide overtime time pay given the importance of this law in a fair scheme of economic cooperation.

A Business Perspective on Morality

I have three directions that I’d like to explore in my research. First, I’d like to look more closely at the effects, if any, of competition on what obligations businesses have to obey unenforced or under-enforced laws. Are there situations in which a very tightly competitive market makes it genuinely infeasible to obey an under-enforced law? If so, could the moral obligation to support important legal institutions be fulfilled by participating in some kind of institution building instead?

Another future direction is to look at what forms of enforcement are appropriate in a business context. In particular, I plan to look at general moral principles that apply to the use of force and when imprisonment is an appropriate penalty for white collar or nonviolent property crimes.

Last, I’d like to look more closely at the international context and the question of what should a multinational business do if it has reason to believe that some of its business partners in resource-poor settings are breaking the law, perhaps because the law isn’t effectively enforced or because law enforcement has resource limitations?

Here’s a relevant example. In 2013, an eight-story building collapsed in Bangladesh, killing over 1,000 people and injuring over 2,500. The building collapsed because it wasn’t up to code. If they had followed the local building codes, which were under enforced, the people wouldn’t have died. Part of that building was being used as a garment factory that manufactured garments for export. What obligations does a multinational fashion corporation have when it has reason to believe that its business partners in low- and middle-income countries may not be following some important laws, including safety codes?