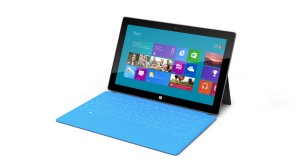 With the introduction earlier this week of the Surface tablet, most observers seem to agree that Microsoft got a lot of things right, launching a well-designed product with features lacking in its chief competitor — Apple’s iPad — including a cover that functions as a keyboard and the ability to run desktop software programs.

But the presentation also left many unanswered questions, including the exact price, release date and battery life of the device. Perhaps more importantly, it is still unclear what the Surface offers beyond hardware — and if Microsoft can leverage successful offerings such as its Xbox gaming system and Office productivity suite to create a vibrant ecosystem to rival that of the iPad.

“At first glimpse, Microsoft appears to have gotten a lot right with the Surface tablet,” Wharton new media director Kendall Whitehouse says. “Including an integrated keyboard with the Surface is a great idea. More importantly, however, is that the Surface runs Windows 8. In this regard, Microsoft has leapt ahead of the competition. This is the eventual direction for tablet and mobile products: To close the gap between the mobile/tablet environment and the desktop/laptop environment.”

Whitehouse adds that making Windows 8 the operating system for the Surface is a “big bet” for Microsoft. “But I admire their courage in going ‘all in’ with their new OS. And, if they can pull this off by successfully implementing a consistent user experience across desktop, laptop, tablet and mobile phone devices, they could be back in the game in a big way.”

The move is also reflective of a growing trend in the tech sector, with companies focusing more on offering a full range of hardware and software similar to the Apple ecosystem, says Wharton marketing professor Eric Bradlow. “Every portal is trying to get into the device game,” he notes. “They are worried that someone else taking over the device market will create a friction cost so that the other portals are ‘harder’ to use. I treat Microsoft the same way. They are trying to develop a portal that will keep the Windows 8 platform and the Microsoft suite of products top of mind.”

According to Wharton operations and information management professor Eric Clemons, the iPad is “nearly perfect” as an entertainment device. But it is lacking in the area of productivity, which is where the Surface may be able to make inroads with consumers.

“Providing the Surface with twice the memory of an iPad was a nice move. Adding a USB port was even smarter. Providing Office was smarter still,” Clemons notes. “Until now, when I travel, I need three devices: I need an iPhone. I need a MacBook Pro. And I need an iPad for the plane ride itself. Now I can get away with only two devices, at least on shorter trips…. And a Surface would allow me to write real documents, send real e-mails and view my camera photographs — I mean from a real camera, a Nikon Digital SLR, not a camera phone picture.”

Clemons suggests that sales of the Macbook Air and the iPad could be threatened by the Surface “except that I expected this some time ago from a Microsoft platform, and I bet Apple did, too. So look for an iPad … that runs Office and has a USB port very soon.”