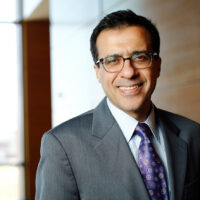 The most recent tally of the nation’s Hispanic population startled even demographers: According to the 2010 Census, Hispanics in the U.S. now number 50.5 million, or one out of every six Americans. From 2000 to 2010, more than half of the nation’s population growth was due to Hispanics. In every single state in the union, the percentage of Hispanics increased.

“The future of the United States is increasingly tied to its minority populations,” says Steve Murdock, a former director of the U.S. Bureau of the Census and a sociology professor at Rice University in Houston. For example, in Texas, home to more Hispanics than any other state except California, 95% of the child population growth over the past decade has been Hispanic. And as the number of Hispanic students increased, the number of disadvantaged students also increased, Murdock says. For the first time in history, more than half of all children in Texas public schools are now Hispanic.

“We have to change the educational futures for these kids. Not just for them, frankly, but for all of our benefit,” Murdock says. “The bottom line is this: If we do not provide the resources, if we do not invest in these populations at these young ages … we could be poorer and less competitive than we are today. If we do invest, we could be at an advantage.”

The challenges are not unique to Texas. While the majority of the nation’s Hispanics remain concentrated in nine states — Arizona, California, Colorado, Florida, Illinois, New Mexico, New Jersey, New York and Texas — the rest are dispersed more widely than ever before, says Mark Hugo Lopez, associate director of the Pew Hispanic Center in Washington, D.C. Some of the most rapid growth of the Hispanic population has occurred in the South, where industrial expansion and a housing boom drew immigrants looking for work. States such as Arkansas, Alabama, Tennessee, Kentucky, the Carolinas and Georgia “saw the population of Hispanics double or almost double in the past decade,” Lopez notes. “Georgia now has the 10th largest Hispanic population in the country.”

The changes do not come from immigration alone. “Unlike the previous two decades, this last decade was one in which more of the growth came from native births than came from immigration,” Lopez says. American-born Hispanics accounted for 70% of the increase in the Hispanic population between 2000 and 2009, according to a Pew Hispanic Center analysis.

The rapid growth of the Hispanic community is both a blessing and a curse for business, which sees a growing Hispanic market but finds it becoming so large and diverse that it is difficult to pin down. Hispanics have their roots in more than 20 different countries and have vastly different ways of eating, speaking and celebrating their heritage. Hispanic groups also vary widely in terms of age, income, education level and home ownership.

The traditional approach to the Hispanic market “has been blown up” by the new Census data, says Jose Villa, president of Sensis, a multicultural advertising agency in Los Angeles. For the past 30 years, American businesses have marketed to Hispanics as a separate group — a Spanish-speaking minority. But today, the majority of Hispanics are native-born Americans who speak English and do not rely exclusively on Spanish-language media. “The big headline should be: ‘Hispanics are not immigrants anymore,'” Villa says. The conundrum: how to market to the growing numbers of Latinos who take pride in their heritage but don’t speak Spanish. “Are they mainstream now?” asks Villa. “Do we have to look at them as a different group or not?”

Villa predicts that Hispanic-focused advertising agencies will dwindle as companies begin to see Hispanics as part of the general market, rather than a segment requiring separate advertising. Last year, brands such as Home Depot, Florida supermarket chain Publix and Burger King consolidated their Latino-targeted advertising efforts, dropping their Hispanic ad agencies and shifting the work to general market firms. Villa has also noticed more English-language advertising directed at the Hispanic population. For example, a Bud Light commercial featuring Carlos Mencia that was initially commissioned for the Hispanic market was found to have enough general appeal that it was broadcast during the Super Bowl. “What they’re saying is, the primary audience for Bud Light is actually becoming Hispanic,” Villa says.

The growth of the Hispanic population over the past decade has been good for the economy, especially in parts of the country that have lost population, according to Wharton real estate professor Fernando Ferreira. “It means more people, more demand for housing; it means growth,” he says, noting that if Hispanics move into de-populated areas, they could drive home prices up by increasing the demand for housing. Unlike some European countries that are losing population, America is holding steady because of growth in the Hispanic community. “It’s a major plus for the United States, a buffer against major recessions in the real estate market.”

A growing Hispanic population also helps programs such as social security, says Samuel Preston, a professor of sociology at the University of Pennsylvania who has studied the impact of fertility on the social security system. “There are three ways that populations can change: birth, death and migration,” he notes. In the United States, the Hispanic population is growing as a result of all three. Migration has slowed considerably since the recession, but still factors into Hispanics’ increasing numbers. Unknown to most people, Hispanics in the United States also have a longer life expectancy than non-Hispanics, living on average two years longer than other groups. And the Hispanic population in the U.S. has a high fertility rate, averaging 2.5 births per woman compared to about 1.9 for non-Hispanics. This has contributed to an increase in America’s overall fertility, which rose from an average of about 1.8 children per woman in the 1980s to 2.1 children per woman before the recession, according to Preston. U.S. fertility is high compared to Europe, which averages about 1.6 children per woman.

High fertility rates of Hispanics are “a major advantage for the actuarial balance of the social security system,” Preston explains. Around the world, countries are struggling to maintain government run retirement programs as fertility rates drop and leave countries without enough young workers to support aging retirees. Births play a bigger role than migration in terms of tipping the scales, he points out, because migrant workers usually start contributing to the social security system part way through their working life, but stay in the country for a full retirement. Babies, on the other hand, grow up and work a full life before tapping into the system. “It’s the high fertility that’s really an advantage,” he says.

The growing Hispanic population also poses considerable challenges for the country’s future, however. Economic and social disparities are becoming more acute as the Hispanic population expands relatively faster than the rest of the country. Last year, virtually half (48.6%) of all births in the United States were minorities, notes Kenneth Johnson, a demographer and professor of sociology at the University of New Hampshire. By contrast, minorities account for only about 20% of people over 65. The result is an ethnic and generational divide that could have serious policy implications in the future.

Based on ages and fertility rates, the nation’s diversity is likely to keep accelerating. Whites are aging more rapidly than other groups, says William H. Frey, a demographer at The Brookings Institution in Washington, D.C. The median age of the Hispanic population is 27 compared with 41 for whites — meaning fewer white women are in their childbearing years. Between 2000 and 2010, the population of white children declined by 4.3 million, while Hispanics added 4.8 million children to their households. Today, one-third of the Hispanic population is under the age of 18, compared with one-fifth of the non-Hispanic white population.

“The fact that we have a youth population which is very different than even our most recent working age population says a lot about what we need to do to [prepare] our labor force for the future,” says Frey. “It’s clear that we need to deal with all kinds of aspects of these people’s lives. They need to have affordable homes, they need health care, they need a variety of public services….These people are going to be the mainstay of our labor force.”

They will also be a larger part of the voting population than ever before: According to a report released yesterday by the Pew Hispanic Center, more than 6.6 million Latinos voted in last year’s election — a record for a midterm. “Fueled by their rapid population growth, Latinos also were a larger share of the electorate in 2010 than in any previous midterm election, representing 6.9% of all voters, up from 5.8% in 2006,” the report noted. Pew and others have pointed out that Hispanics tend to vote solidly Democratic.

Meanwhile, one of the biggest challenges going forward is to make sure that America’s Hispanic population does not become socially stratified, says Wharton real estate professor Albert Saiz. His research on the housing market has shown that when immigrants move into wealthy white neighborhoods, the native population often moves out. Data up to the 2000 Census showed “an increasing segregation of Hispanics,” Saiz says. “It wasn’t a good trend.”

He is not sure how much that trend has continued, since the detailed housing data from the 2010 Census has yet to come out. But he echoes others who say that education is key to eliminating disparities. “One of the biggest challenges is to make sure that Hispanics here generate a strong middle class, or, even better, a strong higher-educated group,” says Saiz. “That’s what’s going to make or break the community.”