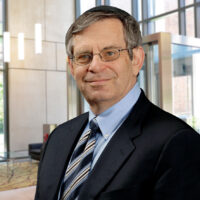 The Wharton School lost two of its most talented and respected faculty members this year, individuals whose accomplishments shaped the future of their respective disciplines.

Emeritus professors Paul Kleindorfer and Paul Green died near the beginning of the academic year — Kleindorfer on August 24 and Green on September 21. Both are praised by friends and colleagues for their contributions not only to their own academic pursuits, but to Wharton’s expansion into new areas of business education over the past few decades.

More importantly, the two men had a shared passion for communicating ideas to their students, many of whom have moved on to become global business leaders in their own right.

Some professors log their 40 years in academia, retire and then gently fade from view. Others keep on producing new work, perhaps learn a new language or two and continue to educate those around them.

Paul Kleindorfer was one of the latter. Until his death on August 24 at the age of 72, the Wharton professor emeritus of management science was actively involved in the fields of operations management and energy and risk management, continuing to collaborate with his former Wharton colleagues after he moved to France for a faculty position at INSEAD.

Author of more than 25 books and numerous papers, his most recent research focused on single-year and multi-year insurance policies in a competitive market, assessment of catastrophic risk and potential losses to industry, restructuring initiatives in network industries, and risk management and sustainability strategies for carbon-intensive industries.

Even as Kleindorfer battled amyotrophic lateral sclerosis — also known as ALS, or Lou Gehrig’s disease — he remained committed to his work, says friend and colleague Howard Kunreuther, Wharton professor of operations and information management. In fact, Kleindorfer’s last academic paper, “Single-Year and Multi-Year Insurance Policies in a Competitive Market,” was published in the Journal of Risk and Uncertainty earlier this year. “He specifically suggested we work on this paper together, and we did through the entire period of time right up until he died,” Kunreuther notes.

Kleindorfer came to Wharton in 1973 after completing his PhD at Carnegie Mellon University. He joined the decision sciences department, which was then in its infancy and later became operations and information management. He spent two terms as department chair, served as vice dean of the doctoral programs and, along with Kunreuther, was co-director of the Risk Management and Decision Processes Center.

Morris Cohen, a professor of operations and information management, was hired by Kleindorfer in 1974 to work at Wharton’s new decision sciences department. From the start, Cohen says, he was attracted to Kleindorfer’s intellect and personality. “He was definitely larger than life, the ultimate Renaissance man because he had such a broad range of interests. Not only academically, but he spoke multiple languages, he was knowledgeable about the arts and science and theater and opera. People congregated [around] him because they wanted to be involved with him and close to him.”

“Paul had an incredible mind, a broad mind,” Kunreuther adds. “He always tried to listen to you and figure out where you were coming from.”

Nor was Kleindorfer’s expansive personality limited to the classroom, Kunreuther says. “One of the things about Paul that has always been amazing to me is that he [threw] himself into anything he did.” Part of the activities with the Risk Management and Decision Processes Center involved occasionally taking canoe trips or whitewater rafting trips as team-building exercises. “Paul would be out on a raft just singing away, singing loudly, loving every minute of it. Even when he went flying out of the raft, he would still be singing as he was bobbing along in the water.

“That has to do with the kind of person he was. He enjoyed life to the fullest. He never, ever panicked. Even falling out of the raft, he would keep singing, perhaps waiting to enjoy a cigar on the shore.”

When Kleindorfer retired from Wharton in 2006 — “We called it a graduation party. There was no way he could really retire,” Kunreuther says — he and his wife, Stephanie, moved to Paris where he joined INSEAD and continued to conduct research with Kunreuther and other Wharton colleagues. “That is what kept him going,” Kunreuther says. “I visited him in Paris four or five times, and we could work together for 10 hours a day. He was energized. He loved what he was doing.”

Paul Green literally wrote the book — more than a dozen of them, in fact — on a number of principles that formed the bedrock of today’s modern marketing industry.

Green, an emeritus professor of marketing and a four-decade Wharton faculty member, died September 21 at the age of 85.

In the 1960s, Green brought a mathematical approach to marketing research for the first time in the industry, eventually becoming known as the founder of conjoint analysis — a scientific method that allows marketing researchers to measure trade-offs consumers are willing to make, often unconsciously, when they buy a particular good or service. The approach, which applies to everything from pharmaceuticals to retail sales to cable television bundling, was a quantum leap forward for marketing research, eventually leading to the discipline’s inclusion of Bayesian statistics, multidimensional scaling, clustering and analysis of qualitative data.

“Professionally, he was absolutely a perfectionist,” says his longtime friend and colleague, Wharton marketing professor Yoram (Jerry) Wind. “If he saw a problem, he wanted to know how we could find a new, better, more creative solution to it. He was never satisfied with the way we had done it before; he didn’t want to apply the same old approach.”

Over the years, Green worked on a diverse range of projects, including one with hospitality company Marriott, in which insights from a large-scale consumer study by Green and Wind led to the creation of the chain’s Courtyard by Marriott concept. He also worked with Wharton statistics professor Abba Krieger to devise a methodology for collecting data for the now-ubiquitous E-ZPass system, which allows for automated toll collections on highways and bridges in the Northeast and is linked to systems in the Southeast and Midwest. Green and Krieger examined variables that included how many lanes should be available, how many people were expected to switch to the E-ZPass lanes and how much one should pay for the transponder tag.

“Paul had a gift for translating real world problems into research,” says Krieger. “Although this often required abstraction and generalization, Paul never lost his focus on the applied problem he was intending to solve. He would often hire excellent programmers to create software to make the research accessible to practitioners.” Krieger also notes Green’s excellence as a writer. “He immensely enjoyed that end of the creative process. Ideas became accessible to other academics through clearly and beautifully written prose, and methodologies became available to practitioners through a commitment to provide software.”

On a personal note, Krieger adds, “Paul was one of the kindest and most humble people I have known. He was not only brilliant in mind; he was brilliant in heart. Paul Green was a true giant in every way.”

Wind notes that Green is “the most published, the most cited person in the field, and received an endless number of requests from students and businesses for his assistance. He always had time to listen to people and try to help them.” In fact, Green’s work ethic helped set the tone for the entire marketing department, Wind adds. “He worked very hard in terms of his focus on quality,” he says. “He very much believed in practicing what has become the basic position of our department: rigor and relevance. It wasn’t enough to come up with a nicer, more elegant solution. It had to be relevant.”

The author of more than 12 books and 100 articles, Green helped mold a new generation of marketing researchers whose influence on marketing education, research and the practical implementation of marketing concepts and tools will help shape the future of the marketing discipline for many years to come, according to his colleagues.

After Green retired from Wharton in 2002, he stayed away from the marketing field — “a true retirement,” Wind notes. Much of his time was spent with his three children, five grandchildren and five great-grandchildren. He was also an enthusiastic pianist, volunteering his time at a local senior citizens home. When he moved into a retirement community, he continued to play his own piano as well as the piano in the common areas, to the delight of his fellow residents.

Wind and other colleagues are working on a six-volume retrospective collection of Green’s research, set to publish next year. “It was never work,” Wind says of the projects he did with Green. “We never looked at them as work. We were lucky that people have paid us for developing new approaches and implementing them — doing things that we enjoyed, that were important and that added value to the field.”