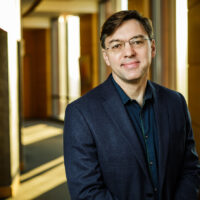 Wharton's Serguei Netessine discusses his research on the effectiveness of charitable promotions.

When you’re checking out at the supermarket this holiday season, the cashier may ask if you would like to include an extra dollar for a charity. Or, your credit card company may offer to donate a certain percentage of each purchase to a good cause. Firms often run philanthropic campaigns in hopes of increasing customer loyalty and purchases. But does it always pay off? Serguei Netessine, Wharton vice dean for global initiatives and professor of operations, information and decisions and two other researchers — Jasjit Singh from INSEAD and Nina Teng from Oxford University — examined the effectiveness of charity-linked promotions by looking at them in the context of a mobile ride-hailing taxi service. Their paper, which was published in Management Science, is titled “Philanthropic Campaigns and Customer Behavior: Field Experiments on an Online Taxi Booking Platform.” Netessine spoke with Knowledge at Wharton about the findings.

Knowledge at Wharton: What’s the business case behind offering philanthropic campaigns? What are companies hoping to achieve?

Serguei Netessine: Typically, there is some proportion of customers who are just attracted to charitable causes, and companies try to capitalize on that and make it look like their goals are aligned with some kind of a noble, charitable, philanthropic cause. As a result, there are a number of those philanthropic campaigns. For example, there was a famous one in 1983 when American Express donated money for the restoration of the Statue of Liberty. More recent examples would be Dunkin’ Donuts and Special Olympics, and Hanes and The Salvation Army. The hope is just to appeal to philanthropically-minded customers and make them bigger users of your service.

Knowledge at Wharton: Your paper indicates that the overall size of charitable giving from these initiatives grew from just $100 million in 1990 to almost $2 billion in 2015, and that amount is probably going to increase. While this seems to be working out really well for the charities receiving the funds, what is the cost to companies? Is it expensive to implement these campaigns?

“The company is hoping that customers will be using its services more in the short term and also in the long term. This is just not something we found.”

Netessine: Our paper shows that it is very expensive to implement these campaigns. We looked at the cost of the campaign — which for this particular company is in giving free rides or discounted rides — versus the extra benefit that you get from it. Of course, the company is hoping that customers will be using its services more in the short term and also in the long term. This is just not something we found. We found that people tend to take rides using the discount that is currently offered, but [the campaign] doesn’t really change behavior in the long term. So, the cost is fully borne by the company, and the extra revenue that the company gets — which is a small percentage of the fare — does not seem to justify what they are doing.

Knowledge at Wharton: You worked with the leading online taxi booking service in Asia to conduct your experiment. What kinds of promotions did you test, and what did you find?

Netessine: We ran three experiments with them. The nice thing with a taxi-hailing or ride-hailing service is that people use it often, so if you send them push notifications, they do respond to those promotions. We sent them several promotions. Some were simply, “Take a ride within the next five days, and you’ll get $5 off,” versus, “Take a ride now, and we will contribute on your behalf $5 towards Nepal earthquake relief.” That was a good cause at the time because the Nepal earthquake had just happened, so it was on everyone’s mind in Asia. We also tried something a little bit more neutral. We tried sending some messages about contributing to the Red Cross rather than contributing to relief in a particular country.

…The uptake on these promotions was pretty small. [When we offered] customers just a cash reduction on their fare, take-up was anywhere between 4% and 15%, which is pretty low. But when we talked about charitable promotions, it was 5 to 10 times lower, so it was 1% to 3%. It looks like people are not very charitable, to say the least.

Knowledge at Wharton: In your paper, you discuss your method in studying this. What is the importance of doing this as a field experiment rather than in a laboratory?

Netessine: Lots of studies before us addressed very similar issues in the lab. In the lab, you can offer subjects certain promotions and ask them to pick between a monetary, purely cash, discount versus some kind of charitable cause, and you can ask them which ones they would take. This is not going to tell you anything about subsequent usage of those services, which is what companies care about. They hope that if you think they’re more charitable, if you think that their brand is somehow associated with these philanthropic causes, maybe in the long run you will use the service more. In the lab, that’s just pretty much impossible to replicate other than just simply asking people, “Would you use this service more later on?” But that’s not a very good indicator of how the service would be used.

“[Companies] hope that if you think they’re more charitable … maybe in the long run you will use the service more.”

Knowledge at Wharton: Companies are likely going to continue offering these charity promotions in search of that warm glow that they want to get with customers. Given what you’ve found in your study, what would you suggest they do to make these campaigns more effective for them?

Netessine: What we found in the paper is that when you give people, for example, $10 off versus $1 off, they react more strongly — maybe not 10 times more strongly, but maybe five times more strongly. Take-up really increases on bigger amounts. But when you tell [customers], “We’re going to contribute $1 to Nepal relief,” versus $10 to Nepal relief, there is almost no difference. It looks like there is this kind of a warm-glow effect. As long as I contributed something, I feel like I am charitable. I feel like I’m philanthropic. If you really want to engage more customers in using these promotions, I would say there is no point in giving big amounts because people engage equally with big amounts and small amounts. And it’s much, much cheaper for the company to give small amounts for promotions. That might not be a good message for the charities, but if the goal is to ramp up a wider population of consumers, then small amounts might be the way to go.

One interesting observation that we made is that this space of advertising through push notifications and mobile messages is really, really crowded for ride-hailing platforms. I’m sure you can relate if you ride Uber or Lyft. They keep throwing incentives at you and at drivers. According to our estimations, this really does not pay off. Take-up is pretty small, but more importantly, it costs a lot of money to run those promotions and there is no sufficient benefit to justify them. I would carefully reconsider how those advertising campaigns are run and try to measure a real kind of feedback on them, a real increase in customer base.

“[If] the goal is to ramp up a wider population of consumers, then small amounts might be the way to go.”

There is an important caveat to our study: We looked only at promotions to existing customers. Maybe there is something to be said about studying similar campaigns that are targeted at new customers. We could not do that because we don’t have [access to the] phones of customers who are not currently working with the company.

Knowledge at Wharton: How would you expand this research?

Netessine: I think the important consideration in this setting is competition. One data point that we did not have, and which is very hard to get, is what other ride-hailing platforms are doing. Uber is everywhere, Lyft is almost everywhere, and then there are local taxis, and all of them advertise. It would be interesting [to look at the] competitive dynamics. For example, people switching rides from one platform to another, because most of us have two, three, four apps installed on our phones and tend to use whatever is cheaper, whatever is available at the moment. It’s incredibly difficult to get data, even on one platform. Two platforms — almost impossible, especially if they are competitors.

That would be my dream scenario, to see how competitors react to those advertising messages and how customers trade off those kinds of prices and promotions across different platforms.