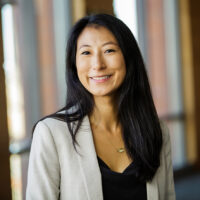 Listen to this podcast.

Charities and nonprofit organizations can prompt potential donors to give more simply by offering them multiple-choice options of how much to donate, according to new research from Wharton operations, information and decisions professor Alice Moon.

Her co-authored paper puts some science behind the season of giving, with seven different experiments that all yield the same results: donors contribute more frequently when they are given a choice among specific amounts of money — such as $5, $10, or $50 — rather than asked to fill in the blank with whatever contribution they deem appropriate.

The specific amounts are known as quantity requests and they work because they guide people on the norms of charitable giving. Quantity requests help reduce the decision-making for potential donors, so they don’t have to feel stingy about giving too little or pressured into giving too much.

“The reason quantity requests tend to outperform other types of requests is they clarify what amounts are the norms to give,” Moon said. “Specifically, if they lay out $5, $15, and $25, they now know that this request has a norm. This clarified norm answers the question of how much to donate, so it makes it more likely that they will donate.”

Moon spoke recently with Wharton Business Daily on SiriusXM about the study titled, “Giving Requests: Using Quantity Requests to Increase Donations,” which was published in the Journal of Consumer Research. Eric VanEpps, marketing professor at the University of Utah’s David Eccles School of Business, co-authored the study.

Testing the Power of Quantity Requests

Americans are generous, giving more than $471 billion to a wide range of charities in 2020, according to GivingUSA. Previous research has proven that multiple choice is an effective way to get more people to say yes to anything. Moon said she and VanEpps “wanted to see whether we could leverage this simple concept to do good by increasing the likelihood that people would say yes to donating to charity.”

To test the effectiveness of quantity and open-ended requests, the professors devised seven experiments, the first of which is summarized below:

Participants were given the chance to win a $25 bonus, with the option of donating all or part of it to the charity of their choice. Participants were randomly assigned to an open-ended request in which they were asked to fill in the amount they wanted to give, or a quantity request that listed options in $5 increments up to the full amount of the bonus. (All were given the option to decline any charitable giving). A total of 79.4% of participants in the quantity condition donated, compared with 67.5% in the open-ended condition. Donation amounts were also higher in the quantity condition, with those participants giving nearly $2 more than their open-ended counterparts.

“The reason quantity requests tend to outperform other types of requests is they clarify what amounts are the norms to give.”— Alice Moon

The remaining six experiments were variations designed to test the robustness of their choice theory, and the results consistently documented the effectiveness of quantity requests. Quantity requests worked better even when donors could passively decide not to give money and when the donation was directed toward a less popular cause.

“We found over and over again that these requests help to increase donation rates, compared to the requests that are open-ended and, to our surprise, even compared to donation requests that lay out other multiple-choice options,” Moon said. “For example, you may have seen a request that provides options of which branch of a charity you want to direct your donation toward, such as the scholarship branch, the literacy branch, so on and so forth. Again, quantity requests tend to outperform those types of requests as well.”

What Should Nonprofits Do?

Quantity requests are a popular method for nonprofits to solicit donations, and Moon thinks more should employ it. The study attests to how quantity requests implicitly guide behavior, ease decision-making, and reduce conflict. When potential donors see a button for $5, they feel comfortable knowing that a $5 donation is perfectly acceptable and better than nothing.

“I’ve personally noticed that a lot of donation campaigns through emails often just use a “donate now” button. I think those could also capitalize on quantity requests by providing donation amount choice options within those emails as well,” Moon said.

Although the scholars did not study it directly, it is possible to overwhelm donors with too many choices. Moon said nonprofits should be intentional in the options they provide.

“If you’re trying to make sure your quantity request is successful just by adding as many possible donation amounts as you can, this might actually be ineffective because people might just opt out if they see way too many choices laid out in front of them,” she said.

Companies Need a Deeper Dive to Better Understand Who They Serve: Here’s Why