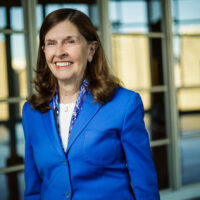 The global financial meltdown has been marked by shortages — of oversight, due diligence, moral fortitude and common sense. Today, approximately two years after the housing bubble burst and world stock markets collapsed, possibly the only surplus left from the crisis is that of finger pointing and blame.

“The question of blame has been one that’s been on a lot of people’s minds,” said Wharton Dean Thomas S. Robertson, introducing a panel discussion this week titled, “Responsibility and the Financial Crisis of 2008.” Attempts to pinpoint who or what caused the global financial crisis usually results in a long list of suspects: The Federal Reserve, government regulators, credit rating agencies, the Securities and Exchange Commission, subprime lenders and borrowers, and even business schools have found themselves at the end of an accusing finger. “Whether they bear some responsibility or not,” Robertson said, “We have an obligation to immerse ourselves in the question, ‘Where do we go from here?'”

The panel of professors from Wharton and the University of Pennsylvania spread the responsibility around. The possible culprits they identified ranged from global capital imbalances to outdated regulatory structures. Some found fault with the private sector and greed on Wall Street, while others argued that the government had not been held fully accountable for its failures. Perhaps the only common ground was a belief that there are no simple solutions. Oversimplification of complex problems is dangerous, some warned, and in itself might have contributed to the crisis.

According to Wharton finance professor Franklin Allen, there hasn’t been enough focus on the real causes of the financial crisis, which he traces to loose monetary policy and global capital imbalances. “The public sector has done a very successful job of pushing blame to the private sector,” he said. “So for example, there’s a lot of debate about consumer protection, but not the Federal Reserve…. There is little talk of reform of the global financial system.”,

The immediate cause of the crisis was clearly the housing bubble, Allen said. From 1890 to 1996, real housing prices rose 27%, whereas between 1996 and 2006, they rose 92%. “That’s more than three times as much. And that’s the problem.” The more important question is what caused the bubble. In Allen’s view, subprime mortgages were not to blame, because other countries without subprime mortgages also suffered housing bubbles. Rather, the problem was that the Fed kept interest rates too low for too long, and imbalances in global capital flows allowed people to borrow large amounts at low rates. “It became a very attractive arbitrage to borrow and buy houses,” Allen said.

He traces the global imbalances back to the Bretton Woods Agreement of 1944 and the Asian financial crisis of 1997. Since Bretton Woods smoothed financial conflict after World War II, the world’s financial system has been dominated by the United States and Europe. As a result, Asia had little representation at the International Monetary Fund when its financial crisis unfolded in 1997. Unable to get the loans they needed during the crisis, Asian countries subsequently piled up safety stashes of $4 trillion in foreign reserves, money that ended up being invested in U.S. debt and contributing to the housing disaster.

The U.S. now borrows more money than any other country in the world, noted Wharton management professor Mauro F. Guillén, who also saw global capital imbalances as one root of the crisis. Guillén argued that the crisis “should be seen in the wider context of what is going on in the world.” For example, from a regulatory standpoint, one crisis contributor was the fierce competition between London and New York about who would have the lowest financial regulations — what Guillén called a “race to the bottom” in regulatory terms. London began to compete aggressively in the 1980s to woo financial firms back to England. The U.S. responded by easing financial regulations in the 1990s, eventually repealing the Glass-Steagall Act — a Depression-era law that barred commercial banks from engaging in investment-bank activities, and vice versa — in 1999. But the easing of regulations in the U.S. included no reform of its regulatory structure, which remained a hodge-podge of agencies inherited from The Great Depression. The result was “regulatory fragmentation,” Guillén said. “No agency had a 360 degree view.”

Larry Zicklin, clinical professor of business ethics at New York University’s Stern School and a senior fellow at Wharton, took a different view of the crisis, placing blame squarely on Wall Street and the private sector. “I would argue that greed overcame due diligence,” said Zicklin, who noted that incentive systems got out of control. “We’re a self-selected group in Wall Street. Who goes to Wall Street? People who want to be rich.” As long as there was money to be made in the housing market, leverage was allowed to increase. Homes were sold to people who could not afford them because the assumption was made that prices would continue to go up. “Compensation was an issue; risk was not an issue,” Zicklin said. “Big firms like Lehman forgot who they were and what they were supposed to do.”

Greed may have played a role in the crisis, but focusing too much on compensation of “greedy executives” just takes attention away from more serious issues, argued Wharton legal studies and business ethics professor Diana C. Robertson, “Do we have sufficient consistent empirical evidence to suggest that executive pay packages led to excessive risk-taking, as has been alleged? Would we still have a financial crisis if the pay schemes had been different? It is difficult to say. Wouldn’t it be of greater benefit to focus on risk itself, on leverage, on the models used and on accountability? If we change the compensation without changing these, it seems likely that we could end up with another financial meltdown.”.

In terms of the public-private sector debate, “the financial crisis reveals a curious asymmetry in our responses to Wall Street and government,” said Wharton legal studies and business ethics professor Amy Sepinwall “Both are reported to have failed spectacularly but, in the case of Wall Street, the failure is seen as an expected lapse, while in the case of government, it is seen as a calamitous disappointment.”.

Sepinwall suggested that individual investors share as much responsibility as Wall Street for the crisis. “Wall Street is in the business of courting risk, and it is in the business of courting risk because the investing public has given it that mandate,” she said. “Individuals prefer to spend rather than save, and, as a result, demand the kind of financial alchemy that can transform one’s house into a virtual ATM, or one’s exceedingly modest savings into a fiscal cushion that can sustain a long, comfortable retirement. Fund managers are willing to oblige…. Risk, then, is the inevitable price of our preferences for leisure over toil and consumption over savings.”

Wharton legal studies and business ethics professor David Zaring sees the crisis as “a failure of institutions. In a global world, you would think that there would be a global response” to such a crisis, but most of the world’s financial networks failed. For example, the Basel Committee on Banking Supervision, a global forum established to improve cooperation and banking supervision worldwide, “had literally nothing to say in response to the financial crisis. To any extent we’ve seen a global response, it has come from the politicians.”

Both the public and private sector share blame for the crisis, suggested William W. Bratton a visiting professor from Georgetown University Law Center at Penn Law School. “This was not the unforeseeable perfect storm,” said Bratton, who argued that both Federal Reserve chairman Alan Greenspan as well as the banks that made risky loans could have seen the crisis coming. “In the years leading up to the crisis, more and more smart people on both sides of the public/private divide were looking harder and harder at systematic risk. Why didn’t anybody look at the markets and connect the dots?” Bratton asked. “It was partly because the core dots were financial products that were supposed to make the system safe, diffusing rather than concentrating risk; and it was partly because nobody had a complete set of information gathered for the purpose of dot connection. And I think it was also because those responsible were very content to operate in a political economy built on the idea that markets control business better than government does.”,

Such simplistic beliefs themselves may have contributed to the financial crisis, suggested Wharton management professor Witold Henisz .”The responsibility for the current crisis and its predecessors lies in an oversimplified dogma or political doctrine that — while once necessary to achieve political support to undertake reforms needed to emerge from a crisis — continued forward in self-purification and extension in a manner that ultimately sowed the seeds of its own demise. Simple policy answers — e.g., ‘markets work,’ or ‘markets need to be controlled or regulated by government’ — … lose sight of the complexity, contingencies and uncertainty that characterize reality. Eventually, hubris sets in as policymakers, academics and those listening believe the simple answers. In short, policy proponents begin to drink their own Kool-Aid.”.

It is increasingly accepted that “some of the fundamental assumptions used to craft our market models do not accurately represent the actions of individuals,” Henisz said. “Perhaps we could previously ignore the role of guile, framing, envy, herding, fear, loss aversion, fairness and reciprocity — as well as procedural justice — but in thinking through the … financial crisis, I would argue these known behavioral traits must be moved from the shadows of electives, final weeks of courses and final minutes of classes to the forefront of managerial education and research.”

Guillén agreed. There is no simple solution to the crisis and no single scapegoat, he said. “You are deluding yourselves if you think you can find a solution to prevent this from ever happening again. We have to learn how to lead with uncertainty.”