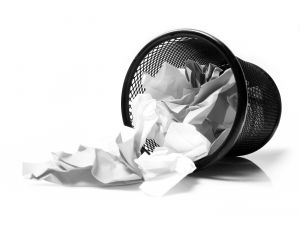 When it comes to innovation, most companies would prefer to share successes rather than failures. But sharing failures may ultimately drive faster innovation, according to one speaker at a recent conference held by Wharton’s Mack Center for Technological Innovation, titled “The Changing Face of Innovation: Next Challenges for Practice.”

Daniel Zweidler, an independent management consultant and former senior vice president at Merck, believes the pharmaceutical industry could save itself as much as $7 billion a year if it would share information about failed experiments in the early phases of drug research. “We waste $7 billion a year on repeating experiments that somebody has already done,” he said.

Failure is generally regarded as an overly negative term, Zweidler pointed out. “Actually, [failure is] just an experiment that gives us negative information.” Drug development depends on information, he noted. If drug experiments fail about 90% of the time, “it means that you’re wasting 90% of your information.”

Today, companies keep the results of all early-stage drug experiments to themselves. This is unnecessary, Zweidler argued, because once a particular molecule is found to be viable, drug companies still have to modify it and test it extensively before bringing it to market.

He advocates the creation of a public-private partnership to collaborate on phase I and II studies, the early stages of drug trials that examine the viability of a drug target. Companies in the partnership would share research about drugs from discovery through phase II, Zweidler noted. “And we’ll also share the data with the rest of the world, but six months later. This molecule will not have any intellectual property rights on it. It will be totally public.”

Research beyond phase II would remain a drug company’s intellectual property, he added.

Zweidler envisions the partnership resulting in a pipeline of 10 to 20 new molecules per year that would build over time and save manpower and money for the entire industry. “And everybody will bring different types of expertise to it. Universities may bring expertise early in the discovery process. Then pharmaceutical companies and CROs [Clinical Research Organizations] will bring their expertise in terms of clinical trials…. Rather than having company A, B, C and D repeating the same experiment and coming to the same conclusion — which is negative — you just do it once.”

The idea of sharing failures has value not only “across organizations but probably also within organizations,” added Wharton management professor Nicolaj Siggelkow, co-director of the Mack Center. “Not only do we replicate things across companies, but … how many times do we run an experiment in one division that another division may already have run?”