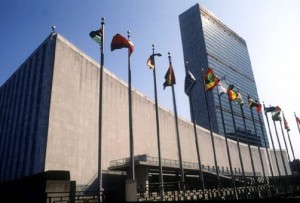 Current efforts by Palestinian authorities to enhance their United Nations status to full membership have drawn worldwide attention to the unresolved issue of Palestine’s future as an independent state. It remains to be seen, however, what impact that attention will have on Israel’s stature in the global economy.

Will foreign firms largely brush off the brouhaha as irrelevant to Israel’s economic future? Or will some scale down their efforts to participate in Israel’s growth because of increasing fears about the country’s security? Will some multinationals postpone their efforts to become more deeply involved in the Israeli economy as a result of political turbulence in the West Bank or Gaza that could erupt as a result of the events at the U.N.?

According to Wharton marketing professor David Reibstein, the dispute at the U.N. could “further polarize people” while running the risk of creating negative publicity about Israel. Rather than provide an opportunity to examine complex issues in great depth, the noisy debate could make Israel appear as if it opposes the legitimate aspirations of Palestinians for statehood, he notes. By highlighting ongoing tensions in the region, the debate could thus have “some negative impact on the economic brand of Israel.”

Moreover, Reibstein says, “the risk factor [of doing business in Israel] could go up with the visibility of the conflict” at the U.N., and potentially increase the hesitancy of some foreign firms to invest in the country. He adds that the attention on Palestine’s bid for full U.N. membership will probably die down eventually, but “the question is, how much disruption will [the issue] cause in the meantime?”

Wharton finance professor Bulent Gultekin agrees that the latest developments at the United Nations will create more tension in the region, and possibly discourage some foreign companies from investing in Israel. “Israel will feel itself isolated” as a result of the process. “It is very frustrating for all of us who are trying to help the peace process in the whole area,” says Guletkin, a former governor of the Turkish central bank. “Israel is in a position to be more magnanimous [about Palestine].”