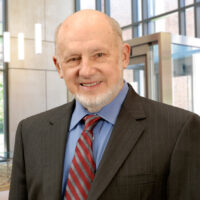 Some years ago executives at British Petroleum—-now

BP Amoco, a $5 billion oil giant–noticed an unusual fact. While studying the company’s performance they discovered big disparities in the productivity of oil wells in different parts of the world. Intrigued by the discrepancy, John Browne, British Petroleum’s CEO, asked his associates to find out what was going on. The team that investigated the phenomenon soon found the answer: It turned out that tiny, seemingly insignificant innovations that the workers practiced–such as, for example, the method they used to remove barnacles from a ship’s hull–cumulatively made a huge difference in results, and ultimately, in the oil well’s productivity.

Enthused by this discovery, British Petroleum set about trying to introduce these high-yield work techniques at all company oil wells. The initiative should have led to a massive, across-the-board increase in productivity, right? Wrong. British Petroleum learned, to its dismay, that productivity did not rise at all. The reason was simple. The oil workers, who saw these changes as dictates imposed from above, resisted them. British Petroleum had to spend large sums educating the oil workers and persuading them of the need for change. This time, the effort paid off. The company slashed drilling costs by $47 million per oil well.

Lawrence Prusak, executive director of the IBM Institute of Knowledge Management, who worked with British Petroleum on this exercise, told this story at an April 9 workshop on “Creativity and Knowledge Creation” organized by Wharton’s Reginald H. Jones Center for Management Policy, Strategy and Organization and the SEI Center for Advanced Studies in Management. Like most parables, this one had a moral: Companies that capture knowledge about best practices and share it across the organization can sharpen their competitive edge.

That, essentially, is also the premise of knowledge management, an emerging discipline that has in recent years attracted as much interest in corporate America as did past trends like re-engineering and total quality management. Some skeptics regard knowledge management as a passing fad. Still, as Prusak’s British Petroleum example shows, successfully practicing knowledge management can reduce costs by millions of dollars.

Knowledge management has evolved out of information management. The increase in computerization since the 1970s has made it easier to capture data such as records of transactions, dates when employees are hired or terminated, names and addresses of customers or prospects, and so on. Also, as more companies have introduced sophisticated databases to store and analyze data, increasingly large numbers of people are better able to share information. (Peter Drucker describes information as “data endowed with relevance and purpose.”) Knowledge, however, is more abstract than either data or information. It consists not just of simple analysis, but of crucial insights that combine information with context. Knowledge, in short, is the most precious kind of information.

Few can doubt that knowledge has immense value. A senior investment banker’s insights into how to make a deal work, for instance, may never show up on a firm’s balance sheet but still have obvious worth. If the executive leaves to join a rival firm, that knowledge leaves with her. For companies seeking to compete in today’s business world, capturing and sharing knowledge has thus become an enormous challenge—and an expensive one. As Thomas H. Davenport, a leading knowledge management expert who has co-authored books with Prusak, observes, “While knowledge management is expensive…not managing knowledge is even more so. What is the cost of ignorance and stupidity?”

Faculty members at Wharton have been studying knowledge management long before its current surge in popularity. In the mid 1980s Sidney Winter, co-director of the Reginald H. Jones Center for Management Policy, wrote a chapter called “Knowledge and Competence as Strategic Assets” in a book titled The Competitive Challenge: Strategies for Industrial Innovation and Renewal. More recently, Winter and Gabriel Szulanski, an assistant professor of management at Wharton, have been studying knowledge transfer in companies that practice replication–for example, franchisors like McDonald’s or Starbucks. In addition, Szulanski has analyzed barriers to the transfer of best practices within firms, and is also studying the need for “disciplined imagination” in knowledge creation.

Bruce Kogut, co-director of the Reginald H. Jones Center, has worked with Udo Zander of the Stockholm School of Economics in Sweden on issues of how firms create new knowledge and how it gets embedded in their organizing principles. More recently Kogut and Anca Turcanu, a PhD student, have been studying knowledge creation and distribution in the software industry. Anne Cummings, an assistant professor of management at Wharton, has explored issues in employee creativity, a theme she revisited in a presentation at the April conference.

Kogut’s recent research with Anca Turcanu focuses on knowledge creation in the software industry. In a presentation at the conference, Kogut pointed out that the software has lately witnessed a seeming paradox. Since digital information is inexpensive to transfer (travelling as it does over phone lines or by satellite) the software industry has exploded in low-cost centers such as Bangalore, India, or Dublin, Ireland. Indian software exports, for example, have grown at a rate of 50% a year during the past decade. At the same time, however, software developers must work closely with one another and with their clients to create innovative software programs. At the conference, Kogut demonstrated a series of images that showed how face-to-face Communication is very important in knowledge creation.

So how can companies resolve this paradox? Kogut says that this study has led to a surprising result: Even though the software industry is rapidly migrating from high-cost centers such as the U.S. to countries such as Ireland or India, humdrum, routine work alone is not being outsourced. “As India and Ireland build up expertise in software, more complicated tasks are also being transferred there,” Kogut says.

The April conference featured executives from two companies—Trintech and Hewlett-Packard—which are dealing with these issues in unusual ways. Trintech, a software maker headquartered in Dublin, has a virtual organization in which software developed in Dublin is tested in Princeton, N.J., and employees communicate with one another over the Internet. Hewlett-Packard uses a system called the CubeCam-a camera that photographs employees working at their desk every 30 seconds–to develop a sense of physical closeness among people who work together but are located in distant offices.

Another theme at the conference involved the creation of innovative ideas. In her presentation, Cummings, who has studied employee creativity, presented a hypothesis: She argued that if companies want creativity that results not just in incremental but in radical change, a confining and restrictive environment can be as conducive as a nurturing and supportive one. “If you restrict people, they go off and do new things,” she says. In that sense, a stifling environment can spark the creation of new knowledge. Cummings posed her hypothesis as a companion view to an earlier presentation by Szulanski, in which he argued that knowledge creation requires exercising “disciplined imagination.”

These ideas and more will be studied and debated as the global economy continues to evolve. If knowledge is a source of competitive advantage, managing it will remain a crucial task for academics and executives alike in the next millennium. Finding solutions to the countless dilemmas that managing knowledge poses, however, is hardly easy.

Yoram (Jerry) Wind, director of Wharton’s SEI Center for Advanced Studies in Management highlights this reality by pointing to a Charles Schultz “Peanuts” cartoon in which Charlie Brown tells Lucy in great technical detail how a kite flies. In her inimitable way, Lucy asks: “Charlie Brown, why is your kite down the sewer?”

Every company will have to answer that question in its own field. If it gets the answer right, it could well be as successful as British Petroleum and its oil drillers.