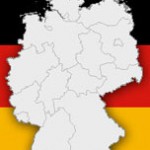 Germany’s substantial investments in solar energy go back decades, and progress has been building gradually. But it passed a notable benchmark last week when its solar power met almost half of the country’s electricity demand at mid-day on a Saturday, and a third of its needs on a Friday, when industry was cranking full steam.

The development broke all records for solar power — at peak output, Germany used 22 gigawatts of solar generated electricity. That highlights Germany’s leadership position in the field — it has nearly as much solar power capacity as the rest of the world combined. And, in a country that plans to eventually abandon all nuclear energy in the wake of the Fukushima nuclear disaster, the amount produced on these very sunny two days was equal to the generating capacity of about 20 nuclear stations, according to press reports.

Several key developments have helped Germany reach this point, beginning with a long-standing commitment to solar begun in the 1990s. Then, starting around 2001, Germany “heavily invested in solar subsidies,” says Ruben Lobel, a professor of operations and information management at Wharton. The subsidies were “very aggressive” and gave a long-term commitment aimed at benefiting consumers who placed photovoltaic panels on their roofs, and producers of solar equipment. In effect, says Lobel, the plan fixed subsidies for 20 years.

The subsidies locked in guarantees on the price that consumers would pay to generate solar electricity and additional guarantees on how much would be paid for excess electricity piped into the main grid when the generation exceeded consumption. Energy companies were required to buy that excess at fixed rates. Those funds helped to reduce the initial costs of equipment and installation, and the idea was that the level of subsidy would decline as the price for photovoltaic panels and related costs came down over time. To a large degree, that is how the program has worked out.

The subsidy program has helped to kick-start a viable solar energy program by absorbing a lot of upfront costs. Now the system is getting closer to paying for itself, says Lobel, particularly as panels get more efficient and higher demand greatly increases the supply and makes them cheaper. The earlier installations “will drive down the costs of the next installations,” he points out.

The emphasis on residential-installed solar panels is particularly important. Subsidies on residential systems are more effective than on large solar arrays because local installations avoid the relatively large costs for transmission and distribution, Lobel notes.

“As a proof-of-concept, yes, renewable generation can be made economical,” Lobel says. “The best proof is what is happening with wind and solar now. The business model is now proven.” Recent developments put many renewables at or near “grid parity,” where their costs are roughly the same as energy produced by fossil or nuclear sources.

Still, the subsidies – known as the feed-in-tariff or FIT — have added some 10% to residential electricity costs and will cost consumers some 130 billion euros over 20 years. That has become controversial in a country that already has some of the world’s highest electricity prices. The subsidies have been gradually declining as intended as the price of solar panels has dropped, but not as fast as many would like. “In practice, the cost of producing solar dropped more quickly than the tariff cuts. That meant that customers were in effect simply ploughing money into massive profits for the booming solar industry,” according to the Global Post.

But as this report from PV Magazine (Photovoltaic Markets & Technology) notes, sorting out all of the costs and benefits is far from straightforward. “Contrary to many reports that photovoltaics force up electricity bills for all consumers, the opposite was observed as the solar power kicked in. Called the merit order effect, solar power fed back into power grids brought down the price of electricity over the weekend in Germany…. This is amplified by the fact that photovoltaics provides supply at times when demand is high.”

What’s more, current cost calculations do not account for the benefits in reduced carbon dioxide emissions, which contribute to global warming, nor any savings from lower health care costs by reducing air pollution and the health disorders associated with it.

Some observers say that the subsidy system is just now coming into its own: The need for the subsidies is dropping, says Lobel, as the cost of solar panels drops dramatically (by 50% over the last six years, in part thanks to subsidized Chinese solar panel makers) and an increasingly efficient installation sector develops. Solar panels are said to account for only about a quarter of the cost of producing solar energy. The balance is made up by installation, financing costs and related costs

The U.S. could learn some lessons from the German system, Lobel says. Longer-term subsidies of the kind offered in Germany provide more certainty, and with that comes a higher level of confidence that large initial investments will pay off for consumers. Under many U.S. subsidy schemes, “the subsidy is either a tax rebate or earned credits for electricity that [a homeowner] produces and sells in the market. When you earn credit, you cannot be sure what it will be worth in a few years.”

Can Germany’s program be replicated elsewhere? “It depends on the price of electricity – but for sure, Germany is one of the less sunny places you would imagine people starting to promote solar energy, but they did it successfully.”