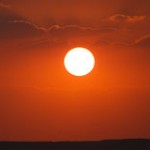 Solar energy’s contribution to total U.S. energy needs is gathering momentum thanks, in part, to continually falling costs for solar panels. But technical success also makes for a tough competitive environment that has claimed the lives of many solar companies – with more victims likely.

The falling costs recently caught the attention of Paul Krugman, the Nobel Prize-winning columnist at The New York Times. In a recent article, he wrote that solar panel costs have dropped so much that the energy they produce is now priced competitively with fossil fuels in many cases. “We are, or at least we should be, on the cusp of an energy transformation, driven by the rapidly falling cost of solar power.” Krugman also references a recent blog post at Scientific American, which noted “there’s now frequent talk of a ‘Moore’s law’ in solar energy.” (Moore’s law suggests that the amount of computing power that can be placed on an integrated circuit doubles every 18 months.) Inflation-adjusted prices for solar equipment generally are dropping about 7% annually, and solar panel prices fell by about half over the last two years, according to some estimates.

That positive long-term news is partially offset in the short run by shifts in the production landscape, where the rapid advances and lower costs achieved by some firms have outflanked many others. The result: “’Of the few hundred or so solar panel makers worldwide, just 20 to 40 are expected to remain standing in a few years time,’ said Mark Bachman, a renewables analyst at Avian Securities,” according to CNN Money online. The industry shakeout is being driven further by cuts in solar subsidies in some countries – notably in Europe – which face tough budget constraints.

More generally, projected rising energy demands in fast-growing regions such as Asia and Latin America  mean that the use of all forms of energy – fossil fuels and alternatives – will rise rapidly in the furute, notes Eric W. Orts, Wharton professor of legal studies and business ethics. “Solar will be a piece of that.” (Expect oil production also to ramp up over the next few years because, ironically, global warming has opened up vast new areas of the Arctic to oil production.)

One problem facing solar, wind and most other alternative energy sources is that the payoff — or breakeven — period for investments is long term. Venture capital and private equity investors tend to prefer the faster payouts potentially available in, say, social media, notes Orts, who also is director of Wharton’s Initiative for Global Environmental Leadership (IGEL).

Meanwhile, solar energy costs would be competitive today with fossil fuels if all of the external costs of the latter were counted, such as the effects on air and water quality, and ultimately on human health, Orts points out. Because those costs are not priced in, they amount to hidden subsidies, Krugman says. “Economics 101 tells us that an industry imposing large costs on third parties should be required to ‘internalize’ those costs — that is, to pay for the damage it inflicts, treating that damage as a cost of production.”

Alternative energy sources typically receive overt government subsidies of various kinds, something that has become a point of contention recently. The biggest controversy involves Solyndra, a solar energy equipment company which recently went bankrupt after receiving $500 million in U.S. subsidies. Solyndra was one of those solar companies that failed because technological successes in the industry swept past them, according to Krugman.

While those opposing subsidies point to Solyndra’s losses as a prime example of why the government should not be picking winners and losers, Orts points out that the U.S. may have to continue subsidies to counter strong competition from China, which most observers say heavily subsidizes its fast-growing solar energy industry. “Solyndra suggests subsidies are a bad thing, and there’s been a lot of focus on one case gone bad. But what about China?” Orts asks. “And if we do choose to fight back that way, challenging China for violating WTO (World Trade Organization) obligations in subsidizing the industry, how does that play into all of this?” Some U.S. solar panel makers have already filed an action against China with the U.S. Commerce Department over alleging subsidies.

The bottom line is that if solar energy is not yet totally competitive, it soon will be, Orts says. “It’s already a significant piece of the mix and will become more so.” Right here at Wharton, for example, there’s been talk of setting up a parking lot that will be wired to recharge electric car batteries via solar panels.

Given the fallout in the solar panel industry, in the short run, the bigger alternative investment opportunity in energy may be energy efficiency, according to Orts. A lot of times, such solutions – such as insulation and heating and air conditioning control – don’t get much attention. “But there have been many advances in new technologies and materials that save lots of money, and venture capital money has found it has a pretty good payoff.”