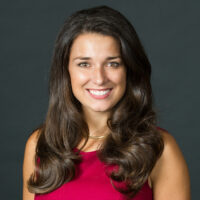 Social activism is at the heart of a robust democracy and an integral part of capitalism. When a business is in the spotlight for any perceived wrongdoing, citizens can choose to boycott that company’s goods or services. With enough momentum, a boycott can exert sufficient pressure to bring about changes in business practices or regulations. That kind of social activism takes on special significance during an election year, when politicians are careful to distance themselves from companies seen as less than honest. As a result, corporations can lose their political influence.

In her paper, “Blacklisted Businesses: Social Activist Challenges and the Disruption of Corporate Political Activity,” which is forthcoming in the journal, Administrative Science Quarterly, Wharton management professor Mary-Hunter McDonnell examines the delicate balancing act among corporations, politicians and social activists. The paper was co-authored with University of Texas at Austin professor Timothy Werner.

Knowledge at Wharton: Give us a brief summary of your research.

Mary-Hunter McDonnell: The paper is about a timely topic, with the election around the corner, about corporations’ involvement in the political process and their influence over politicians. There’s been increasing attention to this question in business schools in the field of non-market strategy. Most of the research to date on these issues has tended to focus on supply-side questions. What kinds of businesses tend to use tactics to try to access and influence political constituencies? In this paper, we try to flip the deck a little bit and look at the demand-side factors that play a role in this process. Specifically, when are politicians more or less willing to engage with particular corporations? And how does a company’s reputation affect its ability to access political constituencies? Our precise research question in the paper is whether large-scale social-activist protests affect or disrupt corporations’ ability to access and influence political stakeholders.

Knowledge at Wharton: What were some of your key takeaways from this research?

McDonnell: In the paper, we are exploring different proxies for corporate influence and access to politicians, so we look at three separate proxies. We look at the amount of a company’s corporate contributions that are refunded by politicians. I know this is a surprising proxy to many people because many people think politicians will just take any money that you’ll give to them. But what we find is that many politicians actually will reject and refund problematic contributions from corporate PACs. The second proxy we look at is corporate appearances in congressional hearings. Often, Congress will bring companies into a hearing to share information about a given regulation. Companies really seek out this type of influence because it allows them a real-time way to try to engage with politicians on key regulatory problems. The third proxy that we look at are assigned procurement contracts in which the government hires companies to provide goods or services.

We look at how a boycott affects these three different proxies for access and influence, and we find that it disrupts all three. We have a database of all boycotts, and we find that being boycotted is associated with increased refunded campaign contributions, decreased congressional appearances and decreased contracts assigned by the government.

Knowledge at Wharton: Were there any conclusions that you didn’t expect to find when you started digging into the data?

Knowledge at Wharton: How can a company or politician or social activist apply this research?

McDonnell: I think the way that it is applicable differs depending on if you’re a company or a social activist. For companies, in non-market strategy we tend to talk both about how companies can access political constituencies and how they can manage contentious social activists. These are both seen as important parts of a company’s control of their non-market environment. I don’t think anyone has ever suggested that these two domains are connected in this way and that actually engaging with your social activist stakeholders may be important as a part of trying to manage your ability to access and influence your political constituencies, and to control the threat of regulation.

Knowledge at Wharton: Is there any particular boycott in the news that you think directly relates to this research?

McDonnell: The research had a sample of all boycotts. Some of them are things you would recognize, like the boycotts against Nike for their use of child labor in their supply chain. Some of them are boycotts you’ve probably never heard of, like the National Rifle Association boycotted a company for disallowing its employees from bringing guns onto their parking lot, for example. They’re all different kinds of issues. If you start looking out for boycotts in the media, in outlets like The New York Times or The Wall Street Journal, you’ll see them almost every day.

Knowledge at Wharton: Does it matter how widespread the boycott is or how much press attention that it gets? Does that exacerbate the impact?

McDonnell: It does. In our paper, we actually find two key moderators of the effects. One of these is the amount of media attention that a boycott gets. To be in our sample, a boycott already had to receive attention in one of the six major media outlets in the United States. So, these are already fairly large-scale boycotts. But some boycotts get quite a bit more attention than others. We find those that are drawing media attention are much more disruptive because the media attention is the lifeblood of activism.

The other key moderator we find is the salience of the issue that the boycotters are bringing. Issues vary in terms of the extent to which the public thinks of the issue as something that ought to be top-of-mind to politicians at the moment. Even in a world where we tend to think of things like environmental issues as being very important, during the recession, for example, even if you were an environmental activist, it was hard to get politicians to attend to your issue because people were more interested in employment. At different periods of time in a year, different issues are salient. For activists, it’s important to have the right issue at the right time.

“Our paper is suggesting that politicians have standards, which I think a lot of people don’t tend to give politicians credit for these days.”

Knowledge at Wharton: Are there other misperceptions that you feel this research dispels?

McDonnell: I think we tend to have a perception that politicians will just take any corporate money, that they’re sort of indefatigably open-palmed when it comes to corporate access. Our paper is suggesting that politicians have standards, which I think a lot of people don’t tend to give politicians credit for these days. One interesting side note about the paper is that we find that these standards are held primarily among Democrats. The disruption we observe in campaign contributions, for example, is primarily coming from liberals. We see less disruption among Republican acceptees of contributions.

Knowledge at Wharton: Did the paper show any particular reason for that?

McDonnell: I think the reason is that we primarily think that disruption occurs because politicians worry about their reputation being tarnished if they are associated with a problematic firm. There’s already a general acceptance that conservatives are aligned with the corporate sector, that those associations aren’t as scary and problematic to those politicians as they are to progressives.

Knowledge at Wharton: How do you plan to follow up this research?

McDonnell: My co-author and I now are working on a second paper where we are exploring what exactly companies do to counter this disruption, because we don’t think they sit idly by and wait for it to pass. What we find in this paper is that the types of political tactics that are disruptive are tactics that are overt and public, that are easily traceable. These are the type of tactics that would carry reputational risk for politicians because you could point to an instance where the politician had been associated with a problematic company.

“It is an interesting and, to some extent, frustrating side effect of activism that they are pushing companies into darker channels of political influence.”

What we’re arguing in this follow-up paper is that companies that are protested will turn to more covert and indirect tactics. They’re more likely to do things that are subject to less disclosure, like lobbying. They’re more likely to work indirectly through their managers rather than at the company level. So, after a protest you might see companies’ PAC contributions fall, but you should see managers’ direct contributions to politicians increase. We’re looking at whether firms start to use more co-optive measures of political influence, like trying to bring political operatives onto their corporate boards, for example.

Knowledge at Wharton: That’s interesting because probably from the activist standpoint, they would prefer things be done more in the public eye. But their efforts are creating less transparency.

McDonnell: Absolutely. So, my primary research interest is how firms and social activists interact. Activism really thrives in high-disclosure environments where activists are able to easily monitor corporate behavior. It is an interesting and, to some extent, frustrating side effect of activism that they are pushing companies into darker channels of political influence.