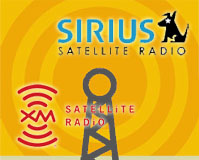 Since announcing on October 6, 2004, that it had signed Howard Stern to a five-year deal, Sirius Satellite Radio has added approximately 2.7 million subscribers and become a household name in the satellite radio world. The tab: Close to $700 million.

Is Stern worth it? The answer depends on whom you ask. Sirius CEO Mel Karmazin, who joined the company in November 2004 and had been Stern’s boss at Infinity Broadcasting and then Viacom before departing in June 2004, says the radio “shock jock” is a good investment. “There is no question that Howard is worth the money that he is getting paid,” said Karmazin on CNBC’s “Mad Money” show last fall. “As a matter of fact, if he was going to renegotiate today, he would have to get more money because [sales are] really doing well.”

“For Sirius it’s a bit of a gamble, but Stern was instrumental early on with putting brands like Snapple in the limelight on his radio show,” says Bell. “He has a hardcore loyal audience that will be brand evangelists” for Sirius.

While it’s still early to determine how the Stern story will ultimately play out — the radio personality began his first Sirius broadcast on January 9, 2006 — a few key issues will tell the tale. Can the Stern effect last beyond his first few months of airtime? Will Sirius be able to close the gap with XM Satellite Radio, which ended the year with more than six million subscribers? And will the buzz generated by Sirius’s grab for shows like Stern’s and the broadcasting rights to the National Football League games help the company to eventually surpass XM’s subscriber base?

No matter how this saga unfolds, Stern won’t come cheap. Jonathan Jacoby, an analyst at Banc of America Securities, estimates that the true cost of Stern’s contract will be about $670 million, including non-cash compensation. Stern and his agent, Don Buchwald, were awarded 34 million shares valued at about $200 million last month for bringing in more subscribers than expected. Fader finds it hard to defend Stern’s compensation. While it’s possible to cook up metrics to justify the deal, what remains to be seen is whether Stern’s fans stick with Sirius. “A lot of them bought Sirius just for Stern, but there could be lower retention rates. It’s very hard to imagine that the acquisition of one person, even if it is someone as popular as Howard Stern, will be enough to keep Sirius afloat for long,” he says.

Putting a number on the Stern effect has been a relatively simple calculation. In announcing the deal in 2004, Sirius said it needed just one million subscribers to break even on the base five-year $500 million contract. Raju has no reason to doubt that math and agrees that the lifetime value of a Sirius subscriber who pays $12.95 a month is about $500.

The only complication in Sirius’s math is trying to benchmark what Stern is really worth, says Guay, adding that determining whether Stern is overpaid isn’t as clear-cut as it would be for a company executive, such as a chief financial officer. Why? Executive compensation can be compared across entire industries to get a ballpark figure and range of fair salaries. For entertainers, those benchmarks are difficult to find. “It’s a different animal when you’re dealing with entertainers,” says Guay. “Stern is a huge player in the industry and had bargaining power. Sirius had to pay whatever it took. It’s like paying for a star baseball player.”

The comparison between Stern and a star baseball player is apt, Guay adds. When a baseball team signs a star it has to project how much additional revenue from jersey and ticket sales and concessions can be generated by the new player. Sirius also had to make a guess as to what Stern could add in advertising revenue (the Stern show has a handful of commercials during a nearly five-hour broadcast) and media attention.

In the media attention department, there are few entertainers who can rival Stern, who spent more than a year talking about his Sirius move on his previous “terrestrial” radio show before actually leaving. Stern was so successful at pushing Sirius subscriptions that he triggered an incentive clause for bringing in new subscribers. The result has been the 34 million shares award. Despite Stern’s efforts, however, the subscriber gap between XM and Sirius is about the same as it was when the radio personality signed in 2004.

According to Fader, Sirius probably would have had the same subscriber tally without Stern. “That gap was misleading,” he says. “If the technology truly is becoming ubiquitous, both [companies] will have tens of millions of subscribers. It was too early to do a bold move like this.” Indeed, Fader expects the Stern effect to wear off shortly, a theory endorsed by Banc of America’s Jacoby. In a January 27 research note, Jacoby said that shortages of Sirius radios [due to high consumer demand] have abated from early January, and that advertising on Stern’s show is selling at a discount due to lack of initial audience data.

Another threat to Sirius’s Stern bet is the Internet, says Fader. The Los Angeles Times reported last week that illicit downloading of Stern’s Sirius shows spiked after the paper reported on the broad availability of bootlegged versions on Internet file-sharing networks. The fact that Stern’s show is already being swapped around the Internet leaves Fader wondering “just how durable the retention rate will be” for Stern fans who only subscribed to Sirius to get Stern.

The strategies of Sirius and XM today are very similar, but may diverge over time, say experts at Wharton.

XM established its lead by getting its radio factory installed by car manufacturers — such as General Motors, Toyota (which offers XM on select models) and Honda — faster than Sirius did, and earns the bulk of its subscriptions through automakers. By 2008, brokerage firm Friedman Billings Ramsey estimates XM will be a factory-installed option in five million cars, up from two million in 2005. Sirius, which has deals with Ford, DaimlerChrysler and BMW, was slower to get factory-installed radios and as of September 30, 2005, only attracted 27% of its subscribers through deals with auto manufacturers. XM also has had a technology lead with its radios, says Raju, adding that the strategy of distributing satellite radio through exclusive arrangements with automakers is a classic “push” marketing strategy. “The way this industry works is that there are heavy fixed costs, and billions spent on satellites. But after that, it’s a marketing battle in a business with low variable costs. These two are like Coke and Pepsi.”

As satellite technology improves, however, the deals with car manufacturers will become less important, suggests Fader. That’s where Sirius’s Stern gambit comes into play. According to Bell, Sirius appears to be migrating to a “pull” marketing plan where it tries to differentiate itself with its content and lure consumers with the Stern affiliation. In the fourth quarter, analysts say Sirius appeared to win retail sales at places like Best Buy, and plans to increase sales through automakers over the next two years.

If Sirius can equal XM’s sales through auto manufacturers, its strategy to promote its stars could become pivotal, as consumers vote with their dollars, wax enthusiastic about the service and bolster the subscriber tally, says Bell. And if this demand is sustained, more automakers could become agnostic about which service they offer. Indeed, automakers such as Nissan, Volkswagen and Lexus haven’t yet connected with one or the other. “Of the two strategies [bundling with automakers or selling directly to potential listeners], the consumer-driven model is more successful if the two services are close substitutes,” says Bell.

He notes that every successful brand such as the iPod maintains momentum with evangelists — friends who tell other friends about the product. What remains to be seen is whether the upfront buzz about Sirius can be maintained. Bell illustrates the Stern evangelism effect this way: Picture two people who are Stern fans and talk daily about the show. One person bought Sirius and the other didn’t. Suddenly, one fan is talking about the show, but the other can’t listen. “There is a social benefit (to getting a friend to buy Sirius),” says Bell. That effect may be difficult for XM to replicate since Stern is a unique commodity. “XM could hire someone else, say a Don Imus [a Stern rival who broadcasts in the mornings for Viacom], but it’s difficult to do.”

Whether Sirius’s strategy works will largely depend on how customers view the two brands. If consumers are passive and view the two services as equal, XM — and its deals with GM and Toyota — could prove more successful, says Bell.

What remains to be seen is whether hitching Sirius’s wagon to the likes of Stern and Martha Stewart, another recent signing, will pay off. In other words, does content really matter? XM apparently thinks so. XM has Opie & Anthony, rivals of Stern, and Major League Baseball broadcasts. The telling statistics for both companies will be the churn of current customers and the subscriber growth rate.

What alarms Fader is that both XM and Sirius are spending heavily on content in a way that can lead to the demise of both. The content war for both companies is coming too early in their development, he argues, adding that the move to lock up big content deals is occurring at a time when both XM and Sirius could have grown without them. To make matters worse, these big deals are being signed by Sirius and XM in an attempt to differentiate their brands, but the services are still similar. “The way this is going to play out is self destruction. The services are interchangeable. One has football and the other has baseball.”

Raju agrees. “It’s hard to distinguish the content. The technology and quality are good for both.” However, XM and Sirius aren’t necessarily competing against each other. “The real battle is the acquisition of customers from conventional radio,” says Raju, who adds that better content helps to convince consumers to pay for radio. “That’s where these two face true competition.”

While handicapping the effects of Sirius and its race against XM may make an interesting case study, new technologies could render both players moot. Satellite radio technology still has to develop, according to Raju. For instance, both services work well in a car, but home use is spotty because you have to position the antenna in areas with a clear view of the sky to get reception.

In addition, the portability of satellite radio currently lags that of traditional terrestrial radio. XM has a portable device that can get live broadcasts, but its reviews have been mixed because service is uneven, says Raju. Sirius countered with a device called the s50, but it can only download content, not get it live. In the end, Bell says these technology kinks will be ironed out, leaving the service with the best content taking the lead. For instance, Betamax, a video recording format, had higher quality than VHS, which ultimately became a standard. Why did VHS win? It had more content on its format.

What remains to be seen is what competition emerges for Sirius and XM. “There’s space for two players in the long run,” says Raju. “The big question is how quickly others enter the market. A cell phone could pipe music onto a dashboard device. There are competitors on the horizon.”

No matter how the business strategies evolve for XM and Sirius, both are going to remain interesting players to follow. “It’s a great time to watch this industry,” says Fader. “Some outside player such as Motorola or somebody else is going to buy one of these up and make it really interesting.”