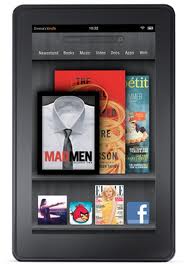 In the wake of Amazon’s disappointing Q4 results, the Kindle Fire has ignited a veritable firestorm of debate.

Lackluster reviews and suspicions that the tablet device is being sold below cost have led analysts to anxiously eye the company’s dwindling cash reserves.  But amidst the heated debates about functionality and pricing, one concern has received relatively little attention: Should Amazon be competing in the tablet market in the first place?

From my perspective, the Kindle Fire represents a dispiriting move away from Amazon’s historical focus on customer centricity.  In my book Wharton Executive Education Customer Centricity Essentials: What It Is, What It Isn’t, and Why It Matters, I argue that a customer-centric strategy aligns a company’s development and delivery of its products and services around the needs of a select set of customers in order to maximize their long-term financial value to the firm.

This emphasis on a “select set” of customers is crucial.  Customer-centric firms never talk about “the customer” — because there is no average customer.  These firms recognize that there is a diverse ecosystem of consumers out there of all colors, shapes, sizes — and, most importantly, different lifetime values to the firm.  Customer-centric firms celebrate the heterogeneity of their customer bases and focus their efforts on those subsets that are likely to provide the greatest bang for the buck over the long term.

In many ways, Amazon has set the standard for customer-centric activities.  The company maintains detailed customer-level data, which it uses to tailor its marketing communications and make customized product recommendations.  When I ask my Wharton MBA students to name companies that are truly customer-centric, Amazon is always near the top of the list.

And for the original Kindle Reader, this “select set” of focal customers was clearly defined.  Back in 2010, Jeff Bezos went on record saying that the Kindle was for “serious readers.”  He elaborated by pointing out that “90% of households are not serious reading households.”

By focusing squarely on serious readers, the Kindle carved out a tremendously valuable market niche.  Its simple interface and innovative screen technology provided a top-notch reading experience for those who still care to read books.  It was a strategy focusing on creating delight for a particularly profitable customer segment.  The many other “non-serious readers” who also bought it were just icing on the cake.  I often pointed to this specific example as a great case study of genuine customer centricity in action.

Yet here we are today, watching Amazon dismantle this wonderful exemplar.  It’s understandable that Amazon wanted to leverage the success of its Kindle to gain a toehold with the broader market.  Understandable — but deeply misguided.  By trying to make hay from the current tablet frenzy, Amazon has strayed from its customer-centric roots towards a more conventional product-centric mindset.  The question they seem to be asking themselves now is, what can we make — and who can we sell it to?

The problem in this case isn’t a lack of demand for the product. Indeed, even as profits sagged and Amazon burned through its cash, the company sold an estimated six million Kindle Fires in the fourth quarter alone.  So what’s wrong with this strategy?

First, it consumes scarce resources and valuable management attention.  While Amazon executives are busy fixing glitches in the Kindle Fire, they could have been focusing on how to acquire profitable new “serious readers,” retain the ones they already have within the Kindle franchise and use the Kindle platform to extract the maximum value from existing customers through cross-selling, upselling and other customer development activities.

Second, by branding the Fire under the Kindle umbrella, Amazon risks confusing and alienating its focal customers.  Now that the premier product in the Kindle line no longer offers the unique reading experience that was associated with its original e-reader, the entire value proposition of the Kindle franchise isn’t so clear any more.  Amazon should have used a distinctly different name for the Fire so that serious readers would still proudly use their Kindles with the knowledge that they were still held in special regard by the firm.

So what can Amazon do to right this mess?  The script seems to dictate that sooner or later, the Kindle Fire will be yanked from the market once it proves to be too much of a drag on Amazon’s earnings and resources.  At that point, Jeff Bezos should focus on developing an enhanced version of the original Kindle and reassure its most valuable customers that Amazon is continuing to develop new devices and services with them in mind.  In other words, Amazon should scrap the Fire and hold on to the glowing embers: that focal core of deeply profitable customers who represent the firm’s ongoing source of competitive advantage.