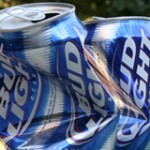 Alcoholism on Indian reservations in the United States has been a chronic and devastating problem for the Native American community. According to a report last year by the Centers for Disease Control and Prevention, Native Americans report more binge drinking episodes per month, and higher alcohol consumption per episode, than other races.

Now, one Native American tribe is suing liquor stores and leading beer companies for $500 million for contributing to alcoholism rates among its population. According to an article in The New York Times, the Oglala Sioux Tribe on the Pine Ridge Indian Reservation in South Dakota, where alcohol is illegal, is suing stores in nearby Whiteclay, Neb., along with Anheuser-Busch and other brewing companies, for “encouraging the illegal purchase, possession, transport and consumption of alcohol on the reservation.” The lawsuit seeks to cover drinking-related health care, social service and law enforcement costs on the reservation, in addition to curtailing liquor sales in Whiteclay, the Times article notes.

In an online debate of the merits of the tribe’s claims, Waheed Hussain, a Wharton professor of legal studies and business ethics, argues that when “businesses pay the full social cost of what they do, the free enterprise system is a terrific engine for social prosperity.” Under such a system, he writes, prosperous companies “have a special responsibility to mitigate the damage that they do.”

If businesses make profits at an expense to all, it’s not the type of economic activity that lives up to the spirit of free commerce, Hussain adds. “A manufacturer might cause pollution but not pay to clean it up. A bank might create financial risks, but leave the fallout to the rest of us. When businesses do not pay the full social cost, their activities might actually detract from social prosperity rather than contribute to it…. [Companies] have a responsibility to make sure that the profits they make actually contribute to the house that we all share.”