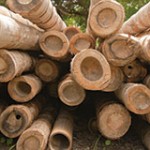 Deforestation is one of the greatest environmental and business challenges of our time because it contributes so much to the rising greenhouse gases shown to contribute to climate change.

One clear measure of the impact: Indonesia is now the world’s third-largest emitter of greenhouse gases, after the U.S. and China, largely because of the country’s historically high rate of deforestation. Just two countries, Indonesia and Brazil, account for some 55% of the world’s deforestation, not including the loss of peatlands, “which can account for half the greenhouse-gas emissions in Indonesia in some years,” says the Washington Post.

But Brazil, ravaged by deforestation in the past, has engineered quite a turnaround, decreasing deforestation by 78% in recent years with new successes on the horizon. Indonesia, by contrast, is still in the early stages of improvement. The key, of course, is to balance the environmental challenges with economic demands, and Indonesia, with the largest economy in Southeast Asia, is defying the economic malaise affecting much of the world by growing at an annual rate of about 6%.

According to the Rainforest Action Network, less than half of Indonesia’s original forest cover still exists, with much of the rest badly degraded. And, a United Nations Environment Program report notes that palm oil plantations are the leading cause of rainforest destruction in Indonesia (and Malaysia). One reason for the outsized impact of palm oil, widely used as cooking oil, has to do with the peatlands taken over to create huge palm plantations. Peatlands are among the world’s most concentrated carbon stores. When disturbed, they release enormous amounts of greenhouse gases.

The deforestation challenges in Indonesia are similar to those in other parts of the world – weak regulatory regimens, lack of international assistance and commercial pressures. The World Resources Institute, for example, estimates that illegal logging accounted for 80% of Indonesia’s timber exports in 2008, depriving the government of more than $100 million in tax revenue annually and often depriving local communities of their livelihood.

Keenly aware that its reputation for deforestation tarnishes its image as a problem-solver, not to mention the negative effect deforestation has on the country’s long-term economic development, the Indonesian government has begun to tackle the conflicting regulations that have hobbled land use management. One notable recent accomplishment was a set of new rules introducing a national Timber Legality Verification System to assure other countries that Indonesia’s own laws are being followed, and that timber and other forestry products leaving the country are certified as legal and traceable to their points of origin.

Greenpeace, meanwhile, conducted a number of high-profile media campaigns aimed at specific companies, many of which responded positively. But its agreement with Nestlé was the most far-reaching. With the help of The Forest Trust, Nestlé developed a plan, just two months after it began talks with Greenpeace, to identify and remove any companies in its supply chain with links to deforestation. The agreement was so complete and reached with such speed that Greenpeace was caught off guard, noting that it “didn’t expect Nestlé to come up with such a comprehensive ‘zero deforestation’ policy so quickly.” It was, Nestlé announced, “the first time that any company has made such a commitment.”

Indonesia is working on a number of other fronts to take on the deforestation/greenhouse gas challenge. For a more in-depth look, see this Knowledge at Wharton article, “Deforestation in Southeast Asia: The Future Is Being Decided in Indonesia,” which is part of a larger special report – “The Pathways to Sustainability in Emerging Markets,” just published in conjunction with Wharton’s Initiative for Global Environmental Leadership.