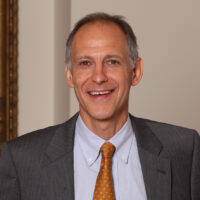 When Wharton health care management professor Ezekiel Emanuel tried logging on to several of the state and federal health insurance exchanges after they went live on October 1, the experience was uneven. “I [got] onto the California and Colorado exchanges and found good pricing information on both,” says Emanuel, who is also chair of medical ethics and health policy at the University of Pennsylvania’s Perelman School of Medicine. However, “I have tried a number of times to get onto the federal exchange — it’s been very hard. I would say there are problems [there] with conception and execution.”

Emanuel is not alone in his assessment of week one of the health care exchanges, which were created as part of the Affordable Care Act (ACA) and are meant to be a marketplace for individuals who don’t have access to health insurance through their employers. The website for the federal exchange — which is providing health insurance in 34 states that declined to set up their own — was particularly overwhelmed and frequently unavailable. That said, the California exchange logged 46,000 sign-ups in the first week, and other states were reporting strong demand. Open enrollment on the exchanges will continue through March 2014.

Working out the kinks on the new health insurance exchanges will be more than just a technical challenge. Those charged with marketing this new venue for securing health coverage have an equally daunting task: They must educate consumers about the advantages of buying health insurance on an exchange — but do so without creating undue confusion or panic.

That won’t be easy. A poll released September 30 by the Kaiser Family Foundation and NBC found that nearly half of people surveyed were confused about the exchanges, and even more said they were worried about them. Only 24% of those polled reported feeling enthusiastic about the exchanges.

“There are problems with conception and execution” on the federal exchange.— Ezekiel J. Emanuel

That marketing challenge has been complicated by the concurrent government shutdown. The budget impasse has become inextricably linked to health reform due to demands from some Republicans that the government delay the individual mandate — the provision in the ACA requiring that most consumers purchase health insurance by 2014. The shutdown “certainly isn’t making it easier. The whole thing is meant to complicate matters, not facilitate them,” Emanuel says.

In the days leading up to the shutdown, Emanuel and his research assistant, Andrew Steinmetz, co-authored an article for MSNBC.com that presented an opposing argument to that of state legislators who oppose the ACA. The article cites figures from the U.S. Department of Health and Human Services predicting that health insurance premiums will be 16% lower than originally predicted in 48 states in 2014. Emanuel and Steinmetz suggest that the entrance of millions of new patients into the health care system will continue to drive down premiums, even among plans offered by employers. That’s because corporations will feel pressure to offer employees better deals on health care than the exchanges are offering, they say.

The Importance of User Friendliness

Emanuel worries that some exchanges might be inadvertently turning away consumers by making it too complicated to explore all the health care options online. On some of the exchanges’ websites, Emanuel reports, “I had to put in my e-mail address, pick a password and answer three security questions. You shouldn’t have to do all that to window shop. That’s a big mistake.”

Amanda Starc, a Wharton health care management professor, says the managers of the new exchanges should pay close attention to the experience of Massachusetts, which created its health care exchange in 2006. “The first takeaway is how important the way you present information [to consumers] is,” according to Starc. Plenty of research has shown, for instance, that when the price of each plan is prominently displayed, consumers are more likely to gravitate to lower-priced plans, even if it means settling for tradeoffs like higher deductibles or more limited choices of doctors and hospitals, she notes.

But in 2010, Massachusetts standardized its plans, Starc points out, and that changed how consumers made choices on the exchange. “For example, a gold plan sold by Blue Cross Blue Shield had the exact same features as a gold plan sold by Neighborhood Insurance — things like deductibles, co-insurance, etc. — but they had different hospitals and doctors. We wondered how that would affect the plans that people chose. What we ended up seeing was that when you standardize the plans, and you present all the plan information first … consumers tend to choose more generous plans – they are less likely to choose a [low-cost] plan. So they’re going to end up paying a little bit more, but they’re getting better insurance out of the deal.”

Starc believes Massachusetts can also serve as a model for using effective marketing tactics to steer consumers to health exchanges. The Affordable Care Act includes provisions for “navigators,” or insurance experts who are deployed to help consumers understand plan options. But Massachusetts has shown that more traditional marketing tactics can work as well, Starc says. “States will [need] outreach programs [to] advertise their exchange and help guide people through the process. Massachusetts had the Red Sox advertising during every 7th inning that if you do not have insurance, here’s where you need to go.”

Some states are experimenting with different advertising tactics. Minnesota, for example, poured $9 million into a multimedia ad campaign featuring state icon Paul Bunyan and his sidekick, Babe the Blue Ox. Starc calls the campaign “awesome” but expects it will only be a small part of a much bigger marketing push to come. “There’s a lot of outreach that has to go on here, and that will be done in part by states, in part by the navigators, and in part by insurers who want to capture regional market share in the first couple of years.”

The Role of the Individual Mandate

So what would happen if the individual mandate requiring consumers to purchase health insurance were to be delayed, as some in Congress are demanding, or eliminated altogether? Few predict that either scenario will actually play out. After all, according to Starc, the individual mandate is what will subsidize insurance companies’ ability to provide affordable plans going forward.

“The mandate is really important. If you have younger consumers starting to opt out of the market, you can get a complete death spiral,” she says. That’s because when healthy people don’t buy insurance, the only patients left in the market are those who run up medical bills that exceed the value of the premium rates that insurers set based on their estimates of how much it should cost to insure a heterogeneous patient base. Without those healthy patients, “insurers would have to reset their prices to reflect the [higher] average cost in the market, so they don’t lose money. Then a lot more people are going to quit buying insurance. The cycle repeats, and the entire insurance market unravels,” she notes.

In some states, the exchanges have called on real patients — many of them young people — to hawk the benefits of being insured. In California, for example, the website for the state exchange, Covered California (coveredca.com), features a section called “People Like Me,” which includes videos of real people describing how access to affordable health insurance will impact their lives. One is a 20-year-old college student with asthma who describes how she had been avoiding the emergency room, even during life-threatening asthma attacks, because she didn’t have insurance. “Covered California will definitely cut down on how much it will cost to go see a doctor,” she says, adding that she hopes other young people will stop thinking they’re “invincible” and also shop for coverage on the state exchange.

Such personal approaches may be vital for clearing up the confusion wrought by the exchanges. Health care in general is a challenging product to promote, according to Wharton health care management professor Jonathan Kolstad. “What we have consistently found is that consumers have a very hard time understanding … pretty complex products. Insurance tends to be complex, both because of the nature of the [product] and also the fact that you’re evaluating it under uncertainty,” he says. “Laundry detergent is easy to pick, because I pretty much know I’m going to need to wash my clothes, and I can observe the different prices and the different qualities of laundry detergent. With insurance, it may be hard for me to understand what exactly the benefit is, and what hospitals and doctors are in the network. Then you layer on top of that the question: Will I need to even access these hospitals and doctors?”

“What we have consistently found is that consumers have a very hard time understanding … pretty complex products.” –Jonathan Kolstad

Kolstad adds that health exchanges — and their ability to draw individuals to them — have the potential to positively impact the overall insurance market. One benefit could be a broader set of choices for consumers. For example, there might be an increase in company-sponsored health plans because of a desire by employers to attract the best talent, he says. That’s what happened in Massachusetts. “There’s this idea that the exchanges will be the only way the newly insured get insurance, but what we found [in Massachusetts] is that, in fact, the traditional routes via which people get insurance become very important,” Kolstad says. That’s because people who are in the job market start to place more value on positions that include rich benefits plans. “If there’s an individual mandate that says I have to have health insurance, jobs with insurance look a lot more appealing to me.”

According to Kolstad, research has shown that employers who offer comparatively low wages but also offer health insurance can easily compete for top talent with companies that have higher wages but no health plan. Health coverage, then, “becomes a bargaining chip in the labor market. I think that’s going to be really important. If companies want to get the best employees, they need to offer health insurance, and I think that will be increasingly true under Obamacare.”

As the state and federal exchanges come online, a whole separate set of health insurance markets is gaining traction. In the past several weeks, several large employers — among them The Walgreen Company, IBM and Time Warner — have said they will move their employees and/or retirees onto private health exchanges. These exchanges, offered by benefits providers such as Towers Watson and Aon Hewitt, allow employees to pick among several different coverage options, while at the same time freeing employers from the administrative costs and hassles of offering insurance in-house.

Who will win the most patients in the end — the private or public exchanges? Emanuel predicts the latter. “I think the private exchanges are temporary and likely a way station for sending people onto the public exchanges. I think [companies] are testing these out, socializing their employees to exchange selection as a prelude” to sending them there, he says.

As for the snafus in the first week of the public exchanges, Emanuel notes that it’s too early to predict whether the system will succeed or fail at drawing in consumers. “Don’t get hysterical about the early days of the rollout,” he advises. “One should focus on the big picture, and that’s the six-month stretch. Taking care of the glitches and attending to the experience is really important. But what really counts is what happens on April 1, when the six-month sign-up period is over.”