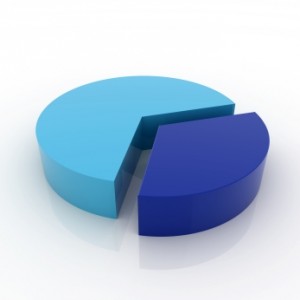 The saying goes that two occurrences are a coincidence, but three make a trend. If that’s so, then are corporate split-ups the wave of the future?

In August, Kraft Foods announced that it will divide its business into two companies — one for its global snack brands, and the other serving the North American grocery market. Later that month, Hewlett-Packard (HP) rocked the technology world by announcing that it is looking into the possibility of jettisoning its PC business in order to transition away from hardware and concentrate more on services. And this week, publisher McGraw-Hill said it would split into two companies — a market data firm that includes its Standard & Poor’s unit, and a separate company focusing on educational products.

“There are both market/economic and investor forces at work here,” says Wharton management professor Lawrence Hrebiniak. “McGraw-Hill’s share price, for example, has dropped more than 40% in the last five years or so, and investors are screaming. The ‘street’ is also looking for major change, and the company’s split into education and markets divisions is a reaction to the pressure. It also is a move to enable the two business areas to focus better on their respective markets to improve performance.”

According to a Wall Street Journal report, McGraw-Hill claims that its breakup plans were in the works long ago. However, the Journal notes, such plans tend to accelerate when shareholder activism increases. “When markets are more volatile and the economy is troubled, boards of directors are more inclined to reach accommodations with short-term oriented, activist hedge funds,” Scott Barshay, managing partner in the corporate department of law firm Cravath, Swaine & Moore, told the newspaper. In the case of McGraw-Hill, the investors leading the charge were hedge fund Jana Partners LLC and the Ontario Teachers’ Pension Plan.

Kraft is in a similar situation, Hrebiniak notes. “Investors are dissatisfied, especially given the fallout of the Cadbury acquisition and top management defections. The breakup into two divisions or groups is meant to free the potentially more profitable snack business to move independently, get closer to customers and markets, and generate long-overdue revenues and profits.”

And while no concrete plan has yet materialized for HP’s computer division, Wharton management professor Saikat Chaudhuri, who recently spoke with Knowledge at Wharton, notes that a clear imperative for the company “is to convince all the stakeholders, whether it’s the markets, the employees or the customers, that the [company’s new] leadership … has a clear vision in place and [is] capable of delivering on that.”

Is this only the beginning of a wave of similar corporate moves? “Perhaps,” Hrebiniak says. “Given pressures to improve performance and given a couple of years of overall poor economic conditions, more companies will react, and some might split their businesses into smaller, more focused units to take advantage of different market forces. The investment banks, of course, will be right there pushing and applauding these structural moves. This could help reinforce a trend.”